Welcome to The Boulevard 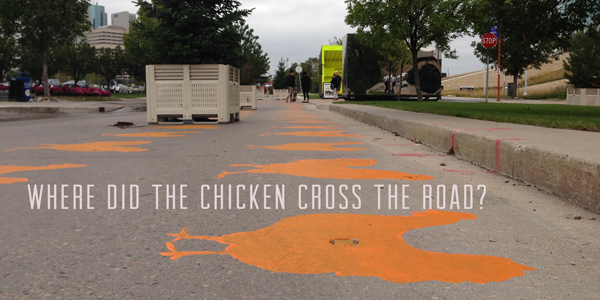 We all know why the chicken crossed the road, but our question is WHERE did the chicken do it? Well, it would probably be at The Boulevard if they were here at The Forks .

The Boulevard, a temporary demonstration project, has widened the current boulevard on Israel Asper Way, to give you a safer way to cross by calm the flow of traffic.

As new additions come to The Forks, we're always on the lookout for how people use and get around the site. Over the past year, we were noticing that the current pedestrian crossing wasn’t being respected as it should be. Cars weren't slowing down and stopping for people trying to cross and it was kind of like having a four-lane highway in the middle of our site. So we tried to think of creative ways to calm traffic, keep people safe, and add a little style while doing it. Enter "The Boulevard".

The space is outlined by large planters, safety cones, and giant chickens painted on the ground to designate a safe crossing space. We've also added Warming Huts to make it look a bit prettier. 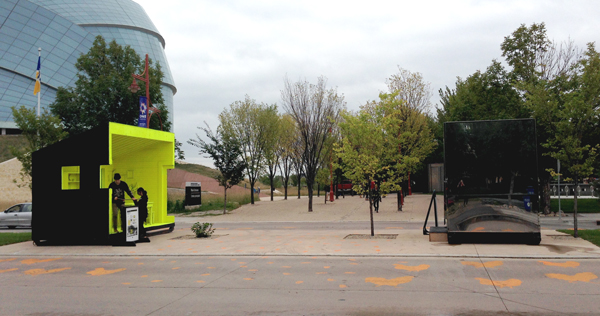 Because this is a demonstration project, The Boulevard will be operating from September 16 to the end of October. After that, we'll review the space and how the concept worked.

So be like the chickens and cross safely at The Boulevard to get to the other side. 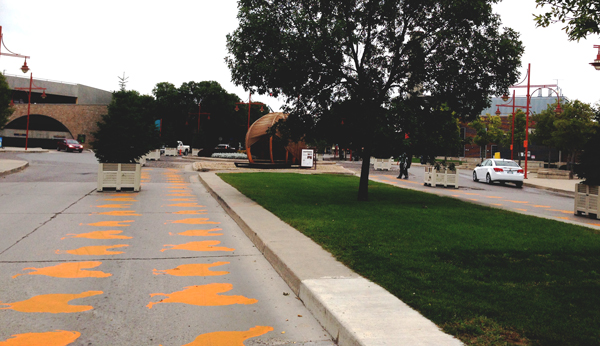