In only four short years, Warming Hut's - An Art+ Architecture Competition on Ice has become a internationally-recognized annual design competition, drawing close to 200 submissions each year. This is why, when my team got a phone call last October to let us know that we were one of this year's competition winners, we couldn't quite believe it.

Design competitions have always been a great way for designers to exercise their skills and share ideas. As a young architect, the Warming Huts competition is an invaluable opportunity to design outside of the conventions of a paid architecture practice. And, with the competition's requirement to work with an artist - it pushed us to work with an outside creative force.

In early autumn, Michael Thicke, my architecture teammate and fiancé, suggested we enter the competition. My mother, Bella Totino, a graphic designer and fine artist in Alberta, joined the team as well. Michael and I live in British Columbia, so we worked on the project with my mother remotely, over the phone and videochat, to come up with the final design for a unique Warming Hut that would move in the wind. In late
September, we sent our submission off. 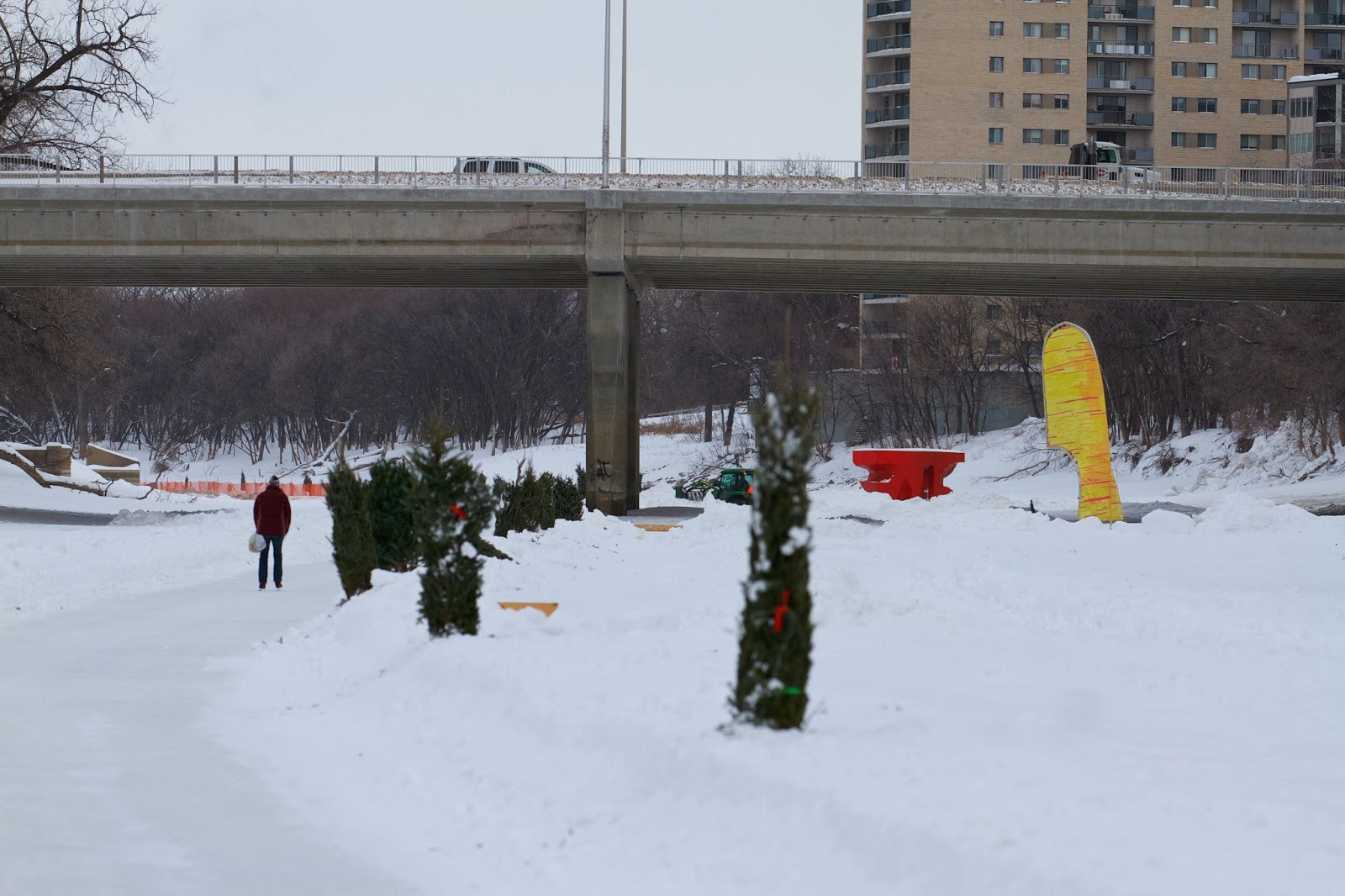 Which brings us to the phone call in October, that let us know that our Warming Hut design would be coming to life and that we would be invited to Winnipeg in January to see our work make it's way on to the frozen river. We immediately set to work, advancing our initial design into a set of working drawings from which the hut could be welded, printed and sewn. We worked with an incredible team at The Forks and with our liaison Joshua Adria at Sputnik Architecture to get the design built.

In late January, we made our way to Winnipeg to see the final result of our design for a five-meter tall sail-like weather vane. It was evening and -30C when we arrived in Winnipeg. The following morning wasn't much warmer, but looking to explore The Forks and see our hut, we made our way to The Forks Market courtyard. The hut seemed larger and more strikingly colourful than we could ever have imagined. It was beautifully built and to our excitement (and relief) it worked really well, rotating smoothly to protect
it's users from the cold, prevailing winds. The first moment we saw it move on it's own in the breeze, we couldn't help jumping up and down, hands in the air, shouting 'It's working! It's really working!' After months of work and anticipation, it was a really great moment.

Two days later, we watched as The Forks crews moved the hut out to it's home for the next few weeks, below the Osborne Bridge on the Red River Mutual Trail. We skated out to the hut, to watch it being used on the frozen trail as we had only imagined it three provinces away several months before. We are so thankful to The Forks for such a memorable adventure.