We recently announced the winners of the Warming Hut v.2013: Art and Architecture on Ice. One winner from Cambridge, one from New York and one from Winnipeg. As well we rolled out our invited architect from Montreal and the U of M entry. 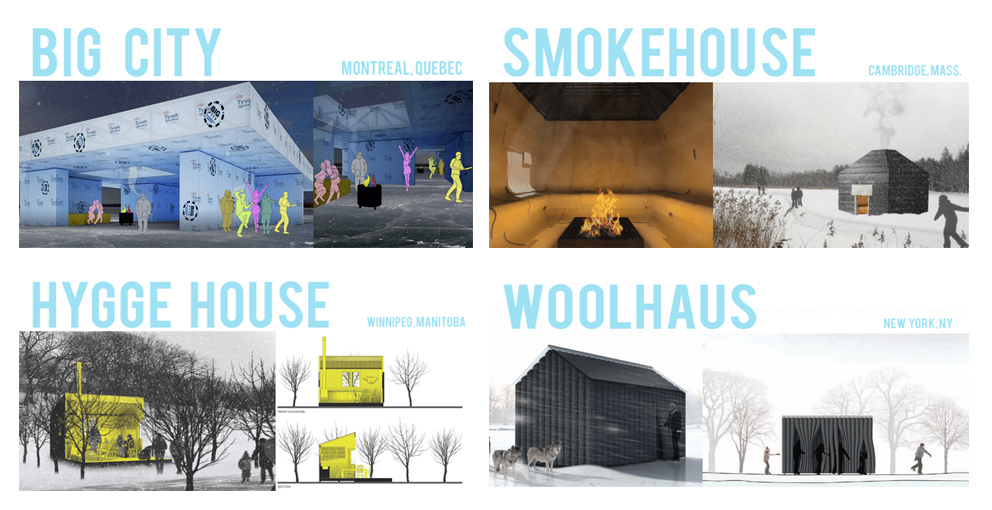 New this year were two art pieces that have nothing to do with the competition but will be installed on the River Trail anyways. There are several other various art and programming pieces that are in various stages of creation and may actually be realized this winter. I can’t tell you much more, but they are all very interesting.

However what the most interesting part to me is how a relatively simple project like a skating trail inspires creative genius here and around the world. Creating a skating trail down a frozen river seems fairly simple and rather obvious in a winter city. It doesn’t take a great visionary to have that idea. However, the jolt that this skating trail has given to the creative spirit is truly amazing. It has spun a whole other world of the human spirit. Recreation mashing with art.

It would have been hard to imagine when creating the world’s longest skating trail a few years back that it would have also resulted in the world’s largest outdoor art and architecture gallery. It’s hard to imagine that artists and architects the world over would take such a great interest in the project and compete far beyond the monetary rewards (we simply cover the cost of the builds) to be able to participate. We didn’t set out to do any of these things but they happened anyway.

Skating at The Forks

A simple idea creating complex thought and effort. Quite a spin off.

This year as you skate, ski, bike or walk and enjoy 15 different huts, several art installations, crazy events and random acts of architecture take a moment and marvel in the creative spirit that is unleashed when people gather together to create things for no other reason than pure fun.