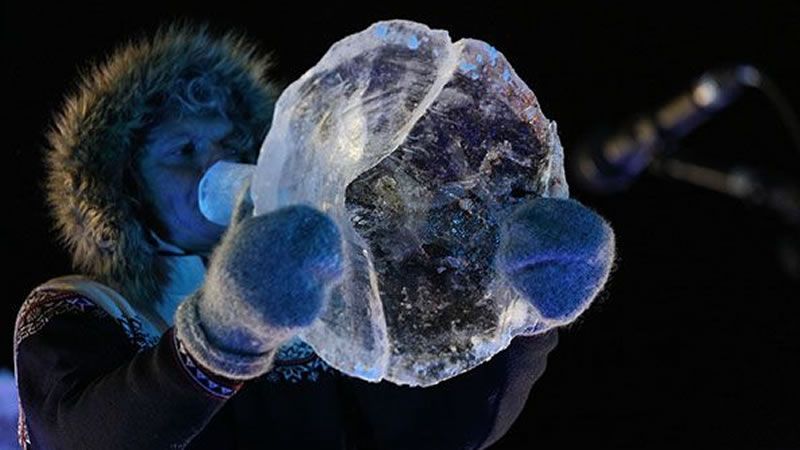 The arts and culture scene in Winnipeg is an integral part of our city’s identity, and we are so lucky to have world-class musicians, fine artists, chefs and other creators, both local and international, who like to spend time at The Forks, sharing their talents with us.

Over the next few weeks, our calendar is especially jam-packed with events highlighting creative skills of all forms, so take a peek below at what we’ve got going on and embrace your artistic side with us this winter!

If you haven't poked around upstairs in a while, you might not have noticed that artist Jordan Van Sewell has taken up residence in the space where Sk8 Skates used to be (they moved to a shop in the Exchange District). Pop-in anytime to check out his impressively quirky work, or come learn how to make a statue of your own at one of his several Thursday evening workshops. The workshop starts at 6 p.m. and space is limited so make sure to arrive early to nab your spot. The cost is $50 upon arrival.

All the dinner seating for the annual pop-up restaurant on the river are sold out, for those who weren’t lucky enough to snag a spot, there are still a few spaces left for brunch seatings. Check out the RAW: Almond website for more details (including a peek at the brunch menu!).

For a little before- or after-brunch pick-me-up, head inside The Forks Market, where The Common will be open early, at 10 a.m., during the duration of the RAW: Almond brunch series and will feature some delicious and healthful drinks (read: mimosas) from Green Carrot Juice Company!

For the first time ever in the innovative indie-music festival’s eight-year run, the Big Fun Festival is coming to The Forks! On Jan. 25 at 7 p.m., sounds from the Manitoba Showcase will lead you to room 201 on the second floor of The Forks Market; the triple-bill of local acts features award-winning instrumental prog rock outfit Apollo Suns, high-energy grunge rockers Silence Kit and bedroom pop act JayWood. Tickets for this show are just $10 at the door and the show is all-ages.

The Winnipeg New Music Festival (WNFM) always earns its reputation as one of the most interesting music festivals around, and this year, they are kicking things off with an event held in a custom-designed ice amphitheater situated on the frozen Assiniboine River.

Performing in the amphitheatre, which has been dubbed Pavilion Sub-Zero (more on this later), is Norwegian artist and multi-instrumentalist Terje Isungset, who will present his original works using incredible ice instruments he carved from ice from the Red River. The University of Manitoba Percussion Ensemble will also perform. This show has very limited seating and is not included with a WNMF pass, however tickets are only available to those who have WNMF passes.

For everyone else, Terje Isungset will be performing a second, free show on Jan. 26  at 7:30 p.m. (between RAW:Almond seatings), also at Pavilion Sub-Zero.

If you can believe it, it’s been ten years since the first warming huts graced the frozen rivers at The Forks, so it’s time to celebrate! This year, we received 219 warming hut design entires from more than 30 countries and we picked three of the coolest (pun intended) ones in the bunch. There’s Hoverbox, a large white box that will hover over the ice, from Germany; Huttie, an anthropomorphic hut designed locally; and Weatherman, a series of interactive sculptures, all the way from Jersey City in the U.S.

Additionally, the Winnipeg Art Gallery, in celebration of the future Inuit Art Centre, also has a warming hut design — a family of carved forms, almost like a snow “topiary.”

And remember the Pavilion Sub-Zero we mentioned above? Well that’s part of the ten-year celebrations as well. Not only will the locally designed structure be used for the New Music Festival, but other performances and activities throughout the winter, in partnership with Festival du Voyageur.

And on a more summer-y note: submissions for Canada Day 2019 are now live. If it's always been your dream to play for the crowd at CN Stage at The Forks, now is your time! Details here.