Meet the minds behind the beers at The Common 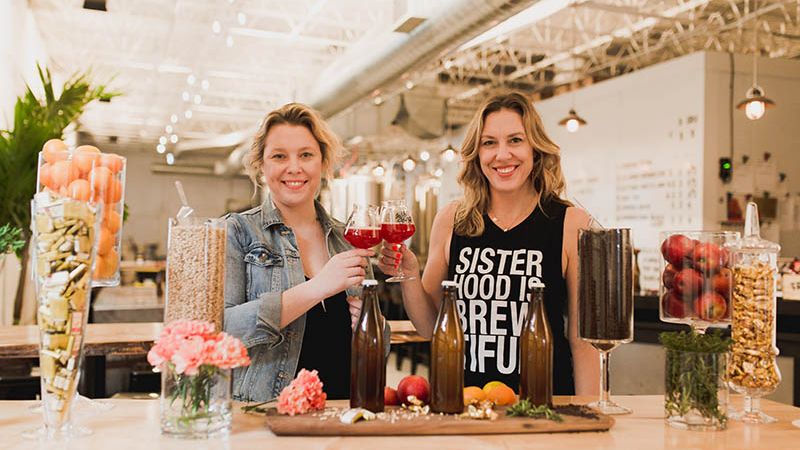 The Common has been one of Winnipeg’s busiest — and one of our favourite — meeting places since it opened. For the last two years, its list of 20 craft beers and 20 fine wines had been curated by The Common’s sommelier, Véronique Rivest. But with Véronique's contract coming to an end, we’ve had to find someone to take over curation duties. In our case, we found three!

So as sad as we are to say goodbye to Véronique, we’re just as grateful for her time with us and just as excited to welcome our new sommelier, as well as Tara and Crystal Luxmore (aka The Beer Sisters), our new cicerones!

Ahead of the debut of their first curated beer lists, we asked The Beer Sisters a few questions about their experience and what you can expect from their lists at The Common. You can expect to hear from our new sommelier very soon!

What excites you the most about working with The Forks and The Common?

The last time we were in Winnipeg, we went to The Common for lunch and we were blown away by its stunning, historic location, the quality of food and the killer beer list. So, when we got a call from the GM of The Forks asking if we'd be interested in curating the menu, we jumped at the opportunity. We became beer experts because we LOVE beer, so it's a big thrill to be able to program a beer menu that will serve the best beers from around Manitoba, Canada and the world!

Tell us a little bit about your past experiences and what led you to working with The Forks and The Common?

Crystal really fell in love with beer ten years ago when she started covering craft beer for a Toronto newspaper. She became a Certified Cicerone® and started leading guided tastings, teaching her own Beer School and judging national competitions. When she was pregnant for her second child, she hired Tara, her little sister with serious planning and organization skills.

When we were both on maternity leave, we decided to pursue our dream of owning a business together, and that's when The Beer Sisters were born. Tara eventually became a Certified Cicerone® and Crystal went on to earn her Advanced Cicerone®.

What can you tell us about how you plan to approach curating the beer list at The Common?

Our mission is to create the best beer menu in the country — one that continues to reflect the great beer being made in Manitoba, and bringing in Canadian, American and global breweries that have never been on tap in Winnipeg before.

We also want beer drinkers to have a chance to taste the wide breadth of beer styles, so we will carefully balance the list so that it has both the latest hazy IPA's and sours, and also historic and rare styles that are hard to find at the average taproom in Canada.

What do you bring to the table as The Common’s new cicerones?

We travel across North America to taste and talk about beer, so we'll bring our knowledge of brewing innovation, skills and flavours to the Common's menu. We also love talking about beer and sharing stories about the people who make it, so we will bring those to life at events at The Common.

You’ll get a chance to try The Beer Sisters’ first curated beer lists at The Common soon. In the meantime, make sure you grab tickets to the premiere edition of UnCommon Taps, hosted by The Beer Sisters and keep an eye out for future guided tasting events in the future!