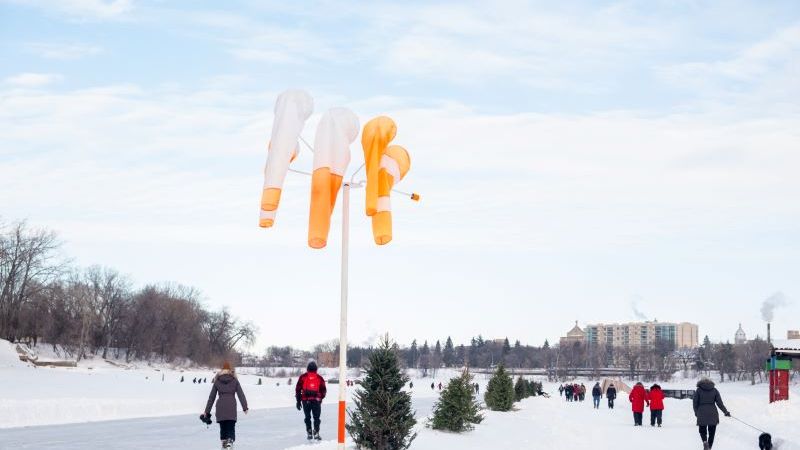 Let’s look back on the season that was on the Nestaweya River Trail, presented by The Winnipeg Foundation.

Open for a total of 70 days from January 4th through March 15th, the 2022 river trail set a record for the latest it’s ever been open! In case you’re wondering – this record was previously held by the 2019 season, which ended on March 12th.

The frozen river was also home to 22 warming huts (three of which were community initiatives) and nine windsocks created by local artists, architects and organizations.

This year, the 17-person river trail crew faced above average snowfall, which meant that along with flooding and re-surfacing the ice, they spent a lot of their time clearing snow from the trail to ensure it was always ready for skaters/skiiers/walkers or fat bikers. Impressive amounts of coffee and Tall Grass Prairie cinnamon buns were consumed…

They also took some time at the end of the season to put together some fun facts on the Nestaweya River Trail. Check ‘em out:

A huge THANK YOU to all who enjoyed the trail this season, to the crew members who took such good care of it, and to The Winnipeg Foundation who helped make it all possible.

FYI: It is 273 days until next winter officially starts...