More Than Amore: Red Ember Common Open at The Forks 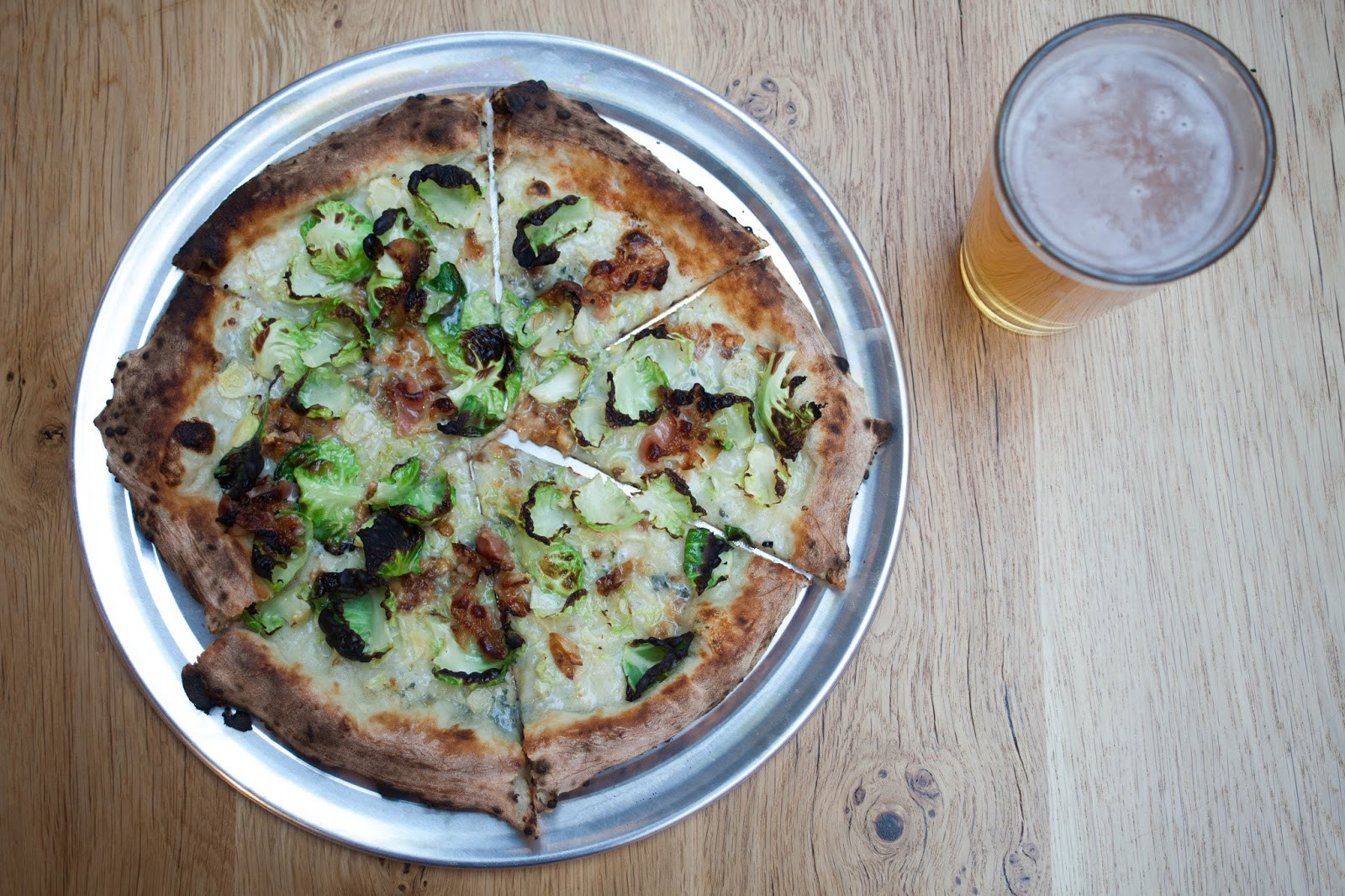 If you like pizza, you’ll love the newest addition to The Forks Market Food Hall.

Red Ember Common powered on the pizza oven this week, and is slinging ‘zas topped with fresh, local goodness. 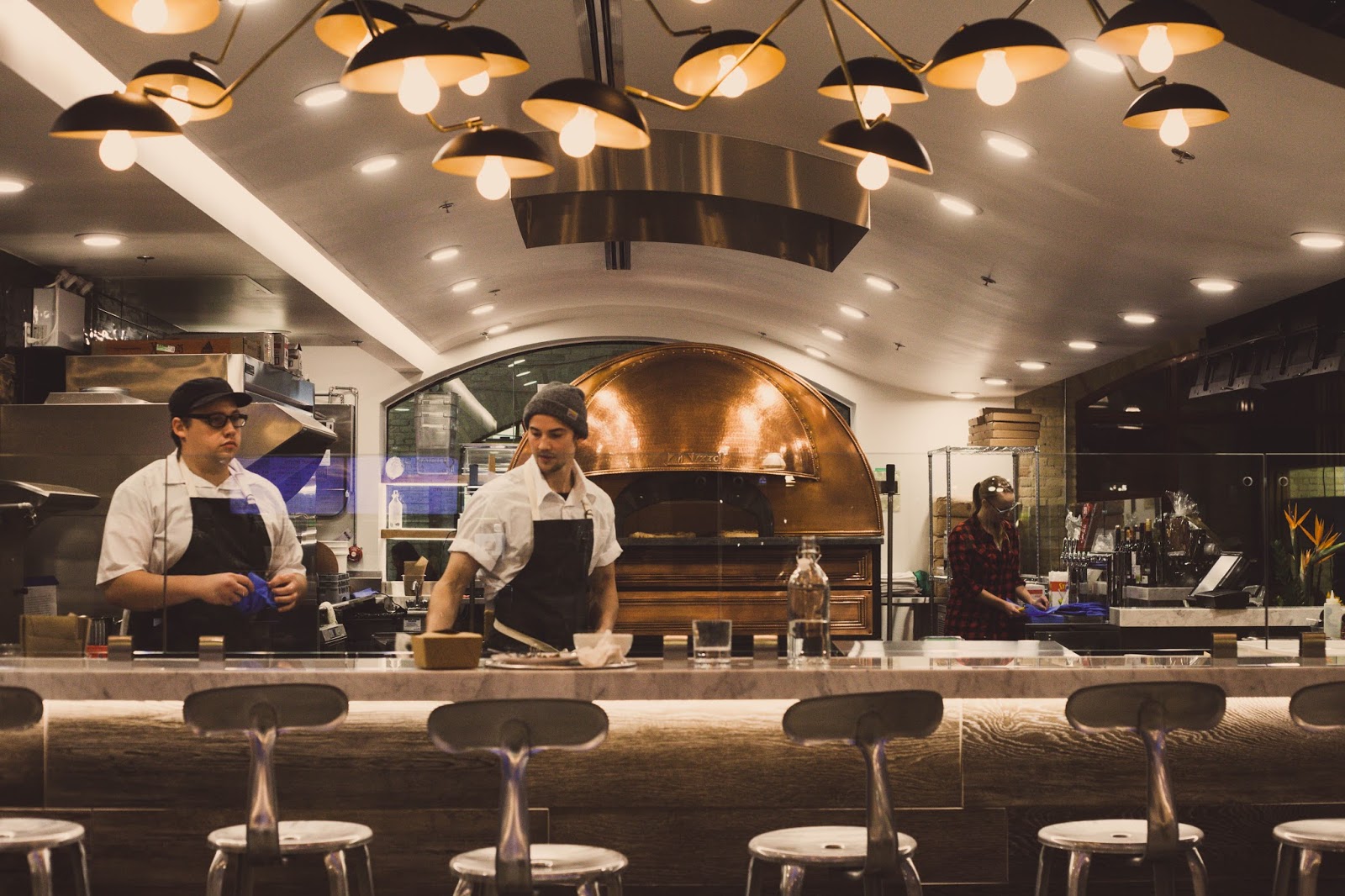 If the name RedEmber rings a bell, it’s because their super-popular food truck is pretty hard to miss – typically parked on Broadway between Kennedy and Memorial during the summer months for the last five years, where they’ve served something like 125,000 delicious pizzas.

Chef Steffen Zinn, Red Ember’s founder started up the food truck (he actually built the truck itself – a man of many talents) after a number of years in the fine-dining world cooking at the St. Charles and working as Executive Chef at Pine Ridge Golf and Country Clubs. Quin Fergusson, Red Ember Common’s co-owner is a four-year Red Ember food truck vet, and has also worked with some of the city's top chefs. 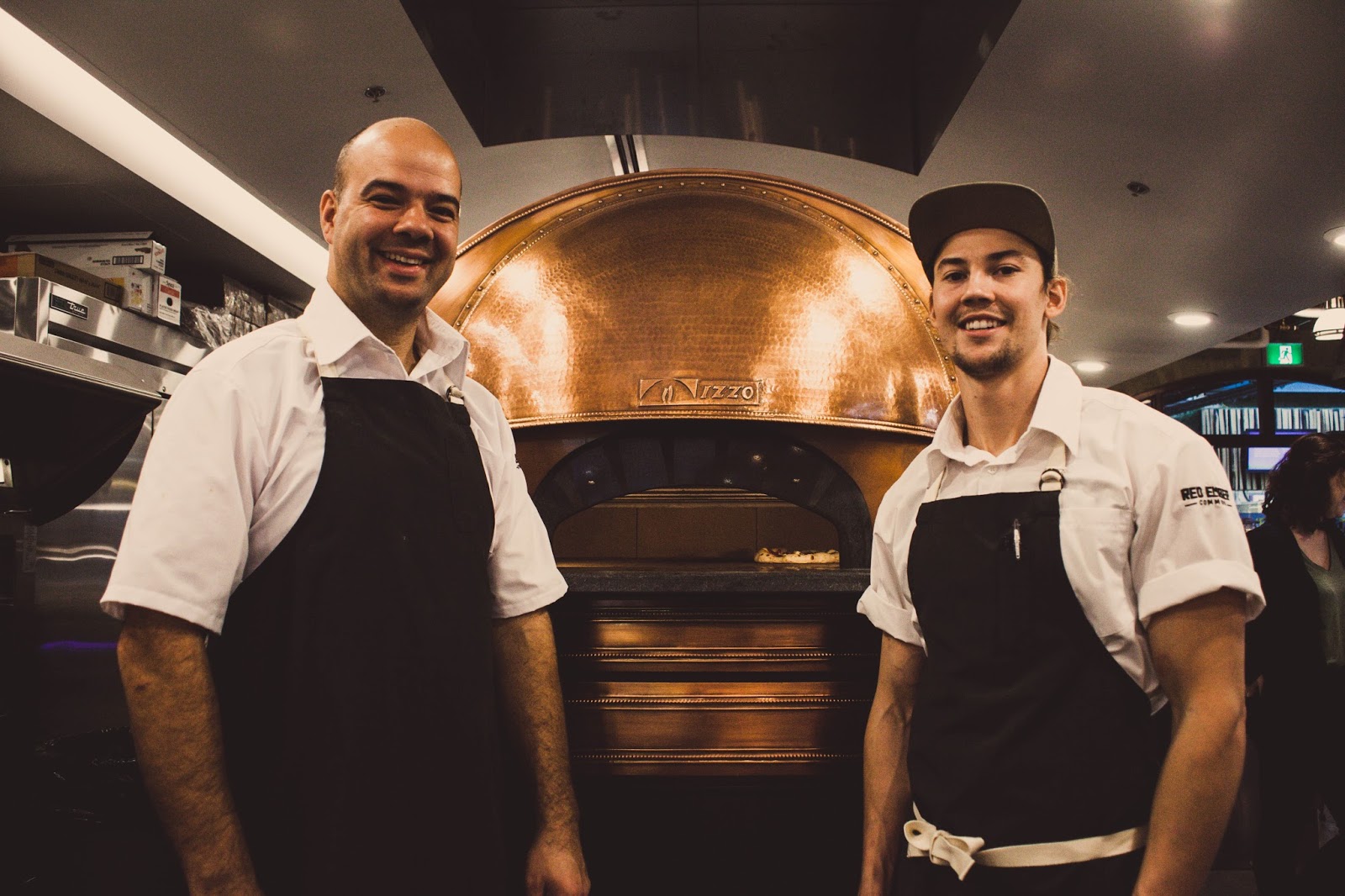 Red Ember pizza is, as Steffen describes, “neo-Neapolitan-style” – where they’re less strict about the dough rules than traditional Neapolitan, and they get pretty creative with the topping combos.

Steffen says anything goes – whatever a chef might like to put on a plate, they put on a pizza crust (think blue cheese and Brussels sprouts, or ratatouille, and of course the classics like pep + mush). 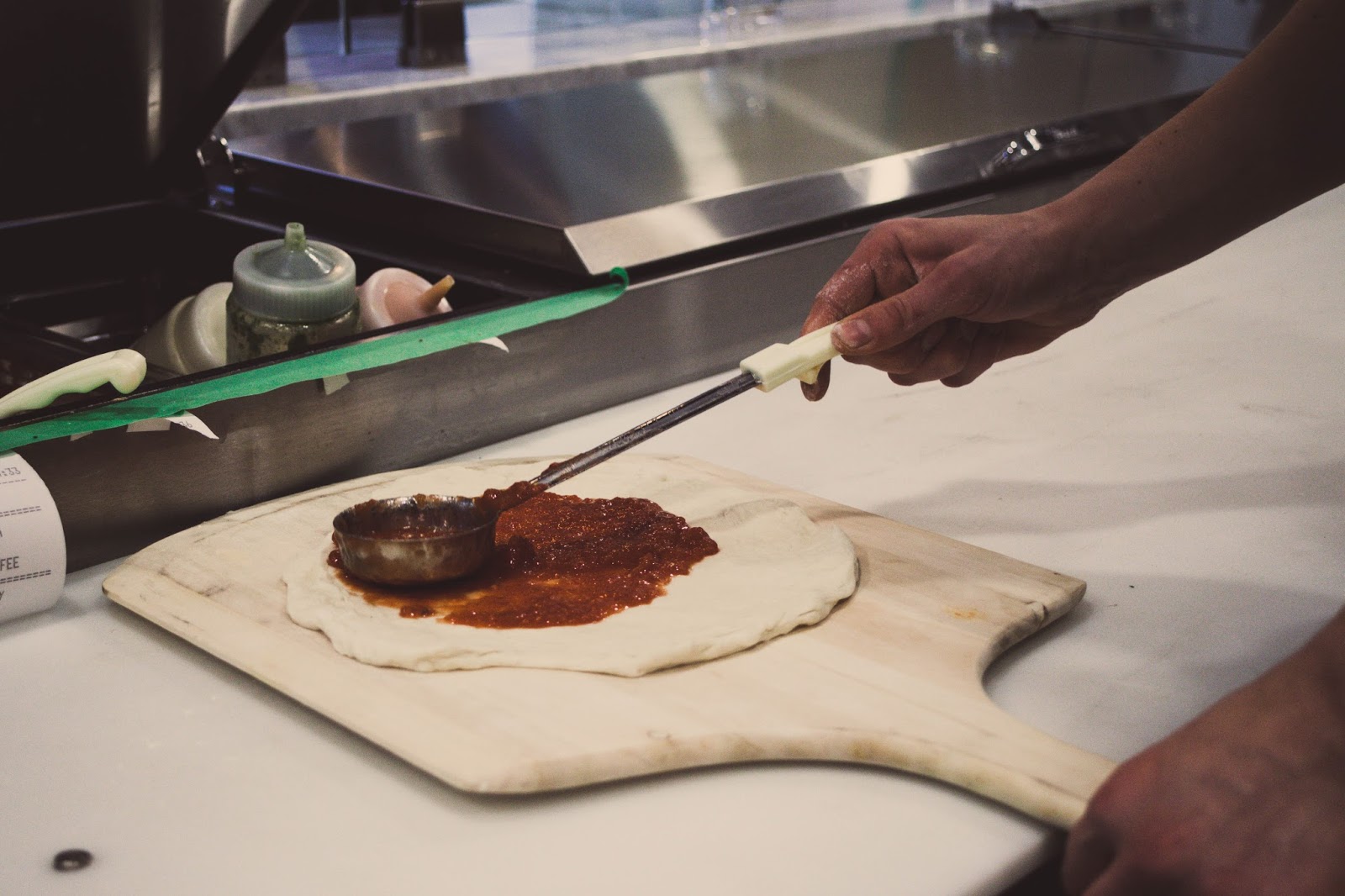 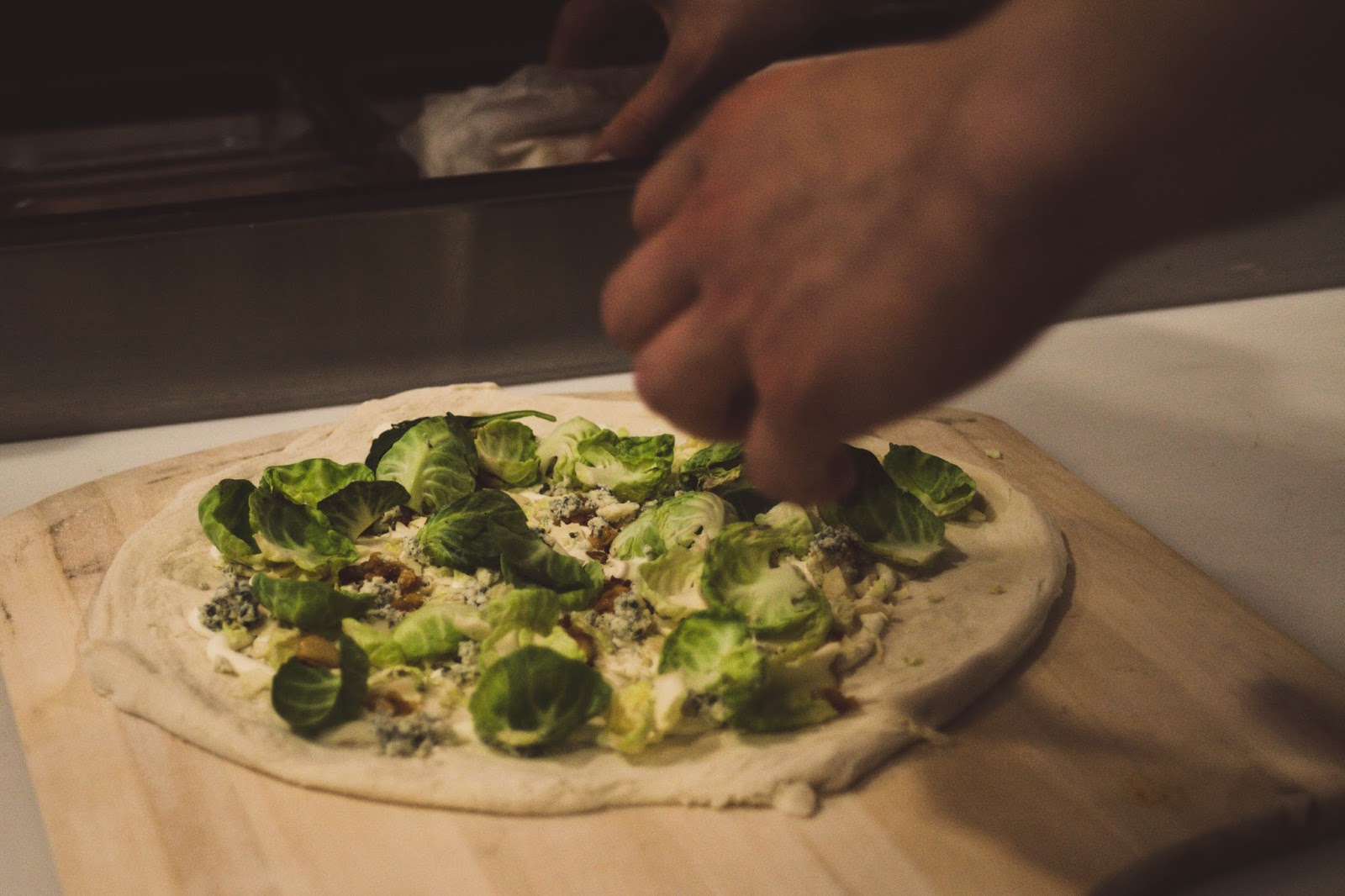 Speaking of toppings, Red Ember is committed to keeping everything as local and organic as possible. In fact, Steffen’s brother is a farmer in Starbuck, MB and that’s where the Berkshire pork for their pepperoni and sausage comes from. 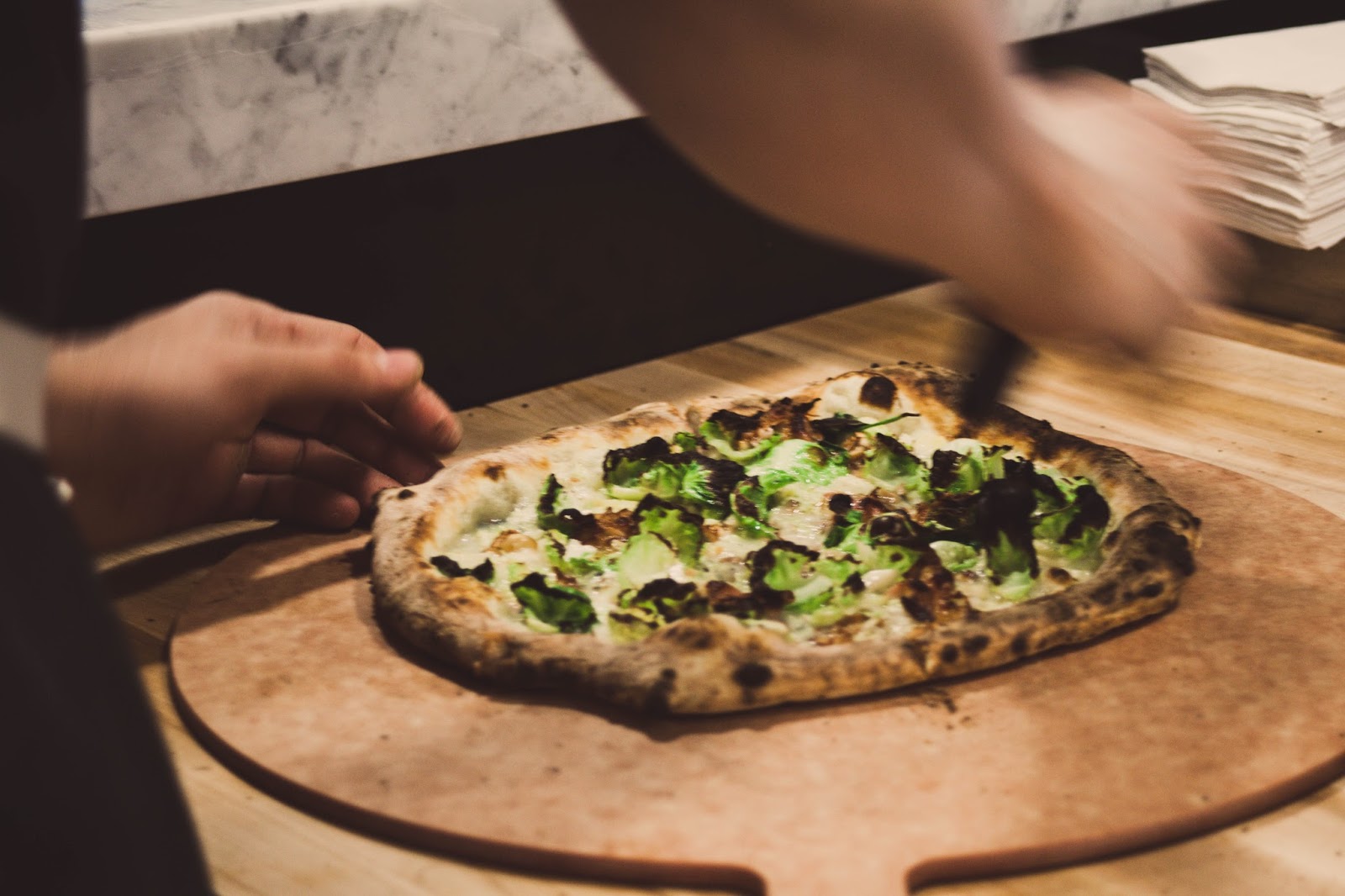 And we have to mention the pizza oven – it’s pretty much a work of art itself. Hand-built in Italy, it’s the first and only energy-efficient, electric traditional Neapolitan Forza Forni pizza oven in Winnipeg. And it gets as hot as 850 degrees Fahrenheit, which means it only takes about 90 to cook a pizza. 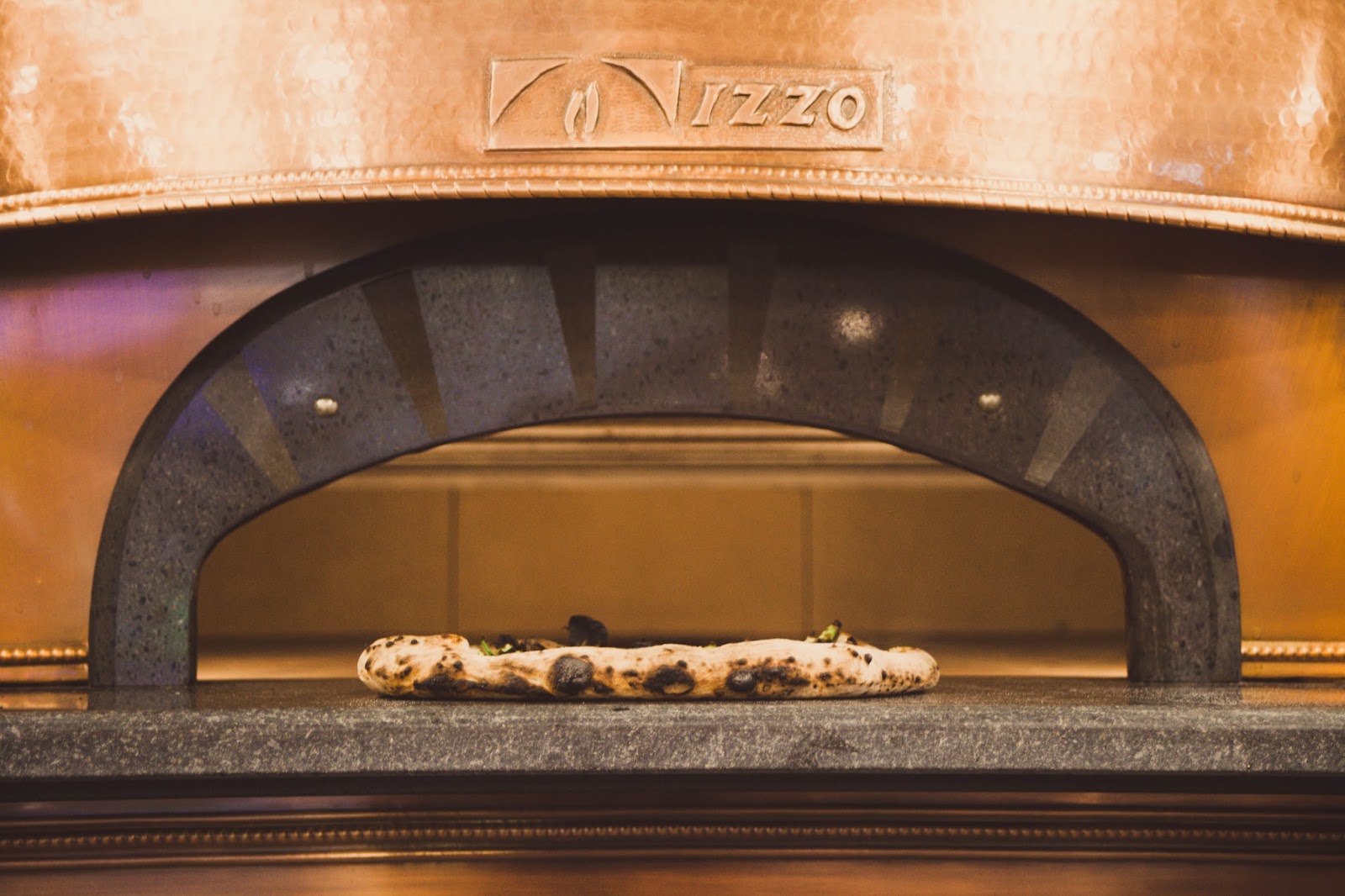 In addition to their pizza offerings, Red Ember Common will also have a number of salads and appetizers to choose from. You can eat up at the counter and watch the pizza-making process, grab a seat in the Market, or take your pie to-go. 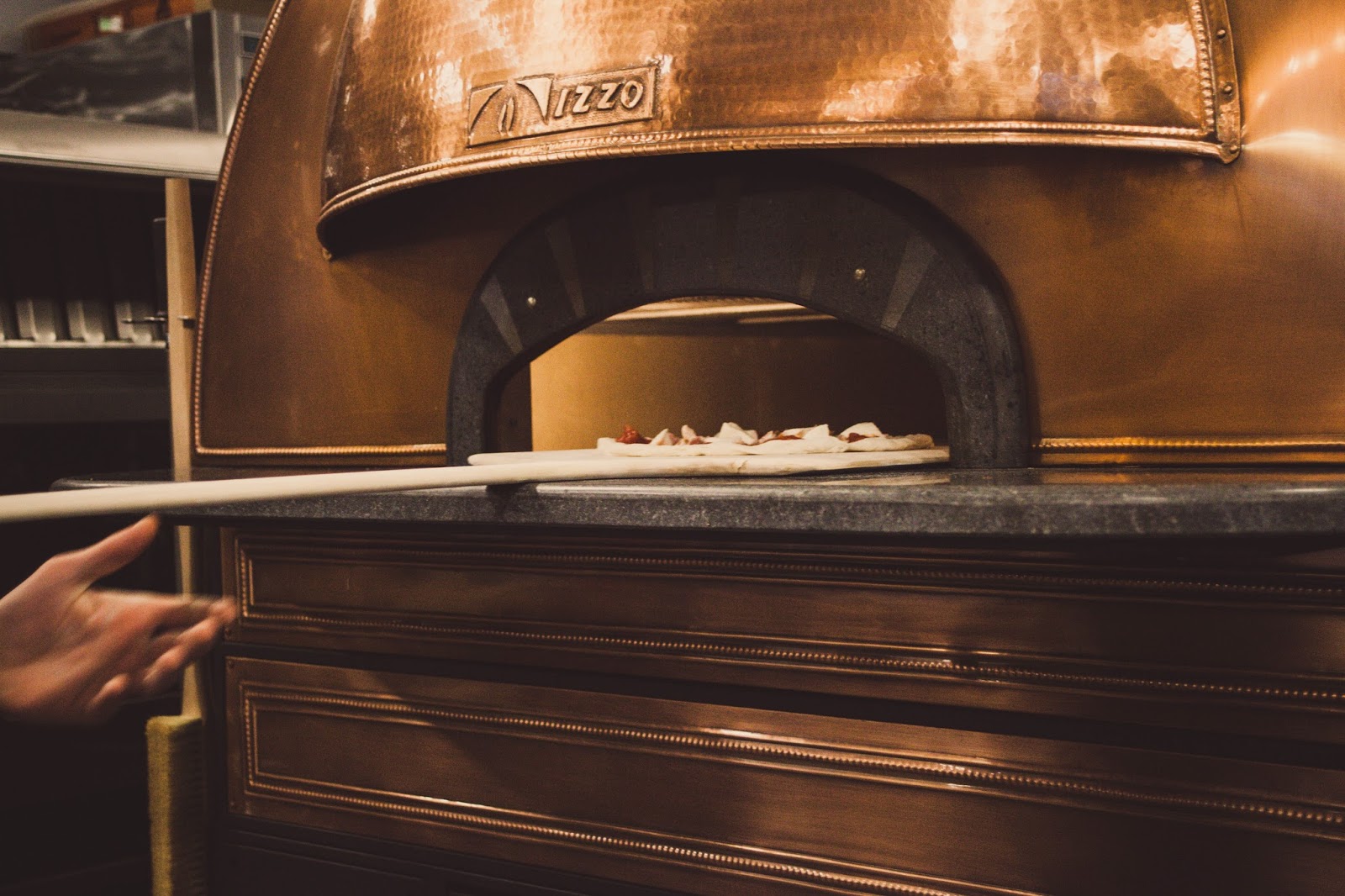 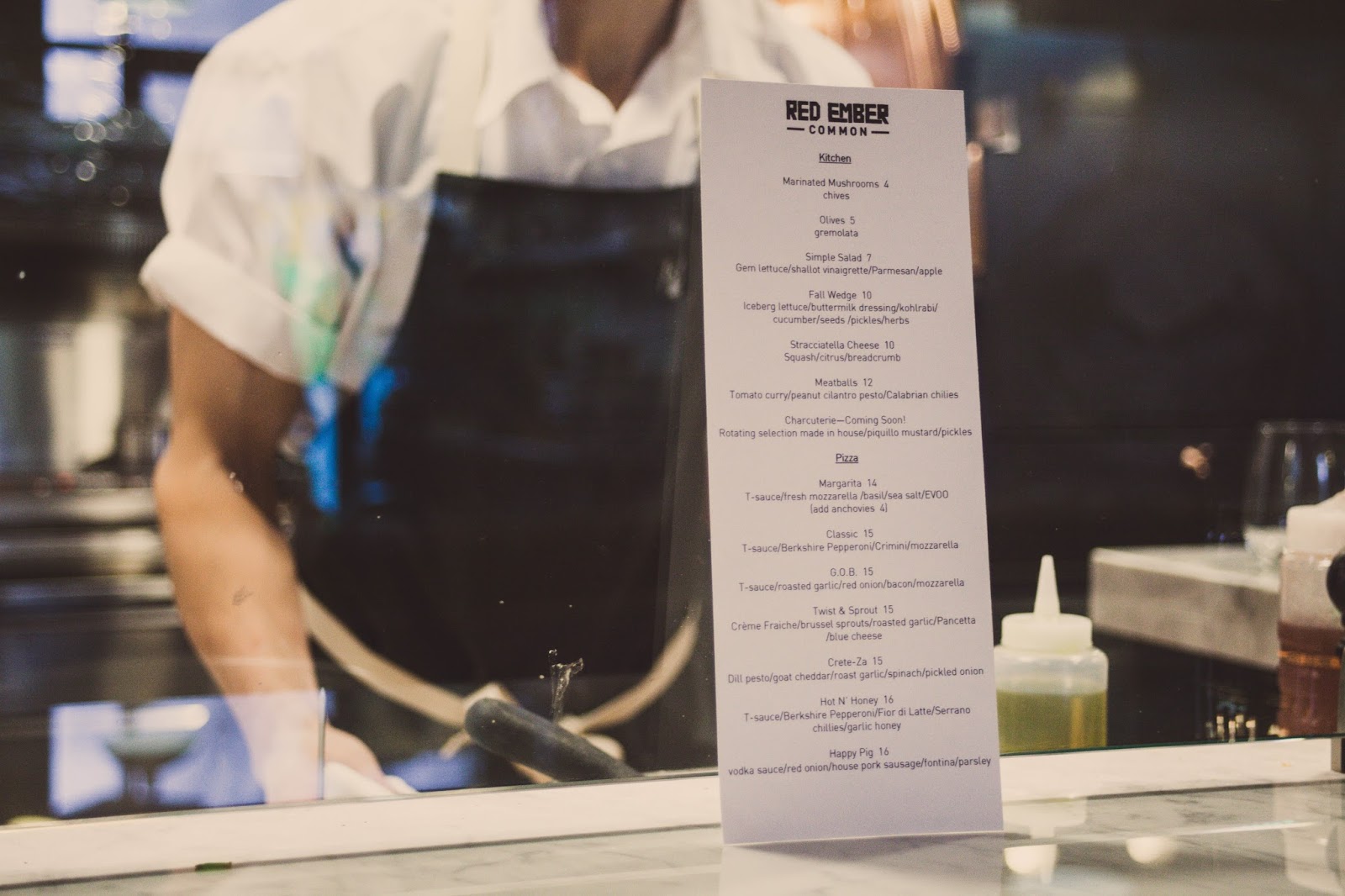 Fun fact: Steffen’s dad had a hand in landscaping The Forks site back when it was first built in the late 80s – a true Winnipeg story if we’ve ever heard one.

Anyway, enough reading about it, get down here and try a pizza! 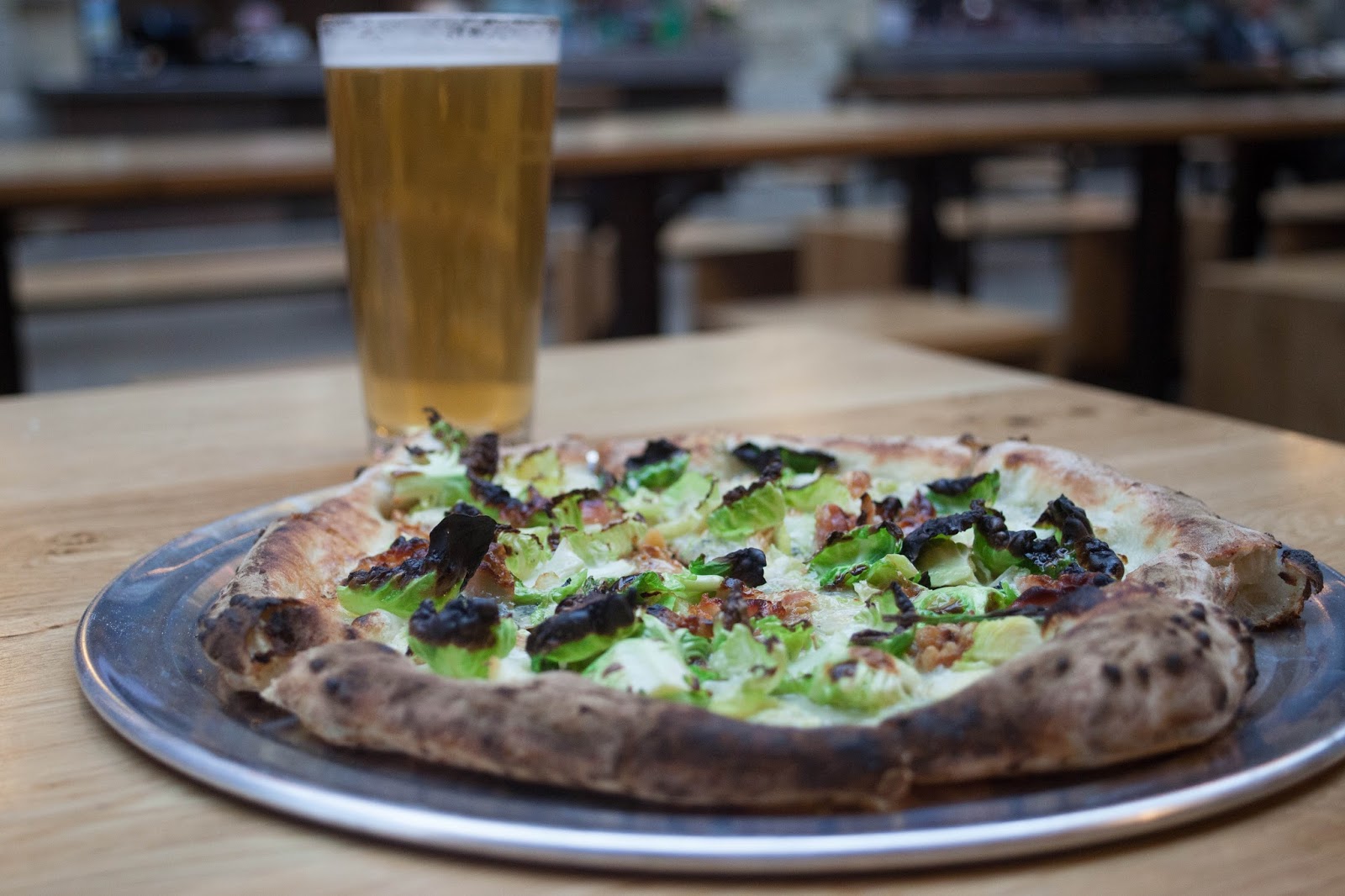