Three Ways to Active Play at The Forks 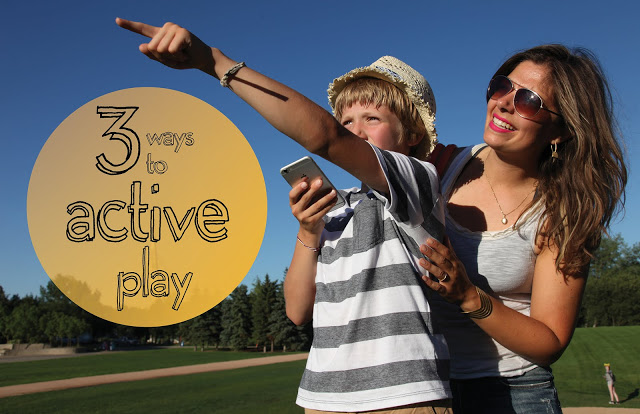 When my rural nephews recently came to Winnipeg for a sleepover, I wanted to show them how we play in the city. I called up a some friends and arranged a play date at The Forks! It was a pretty great time, here are some of my favourite moments: 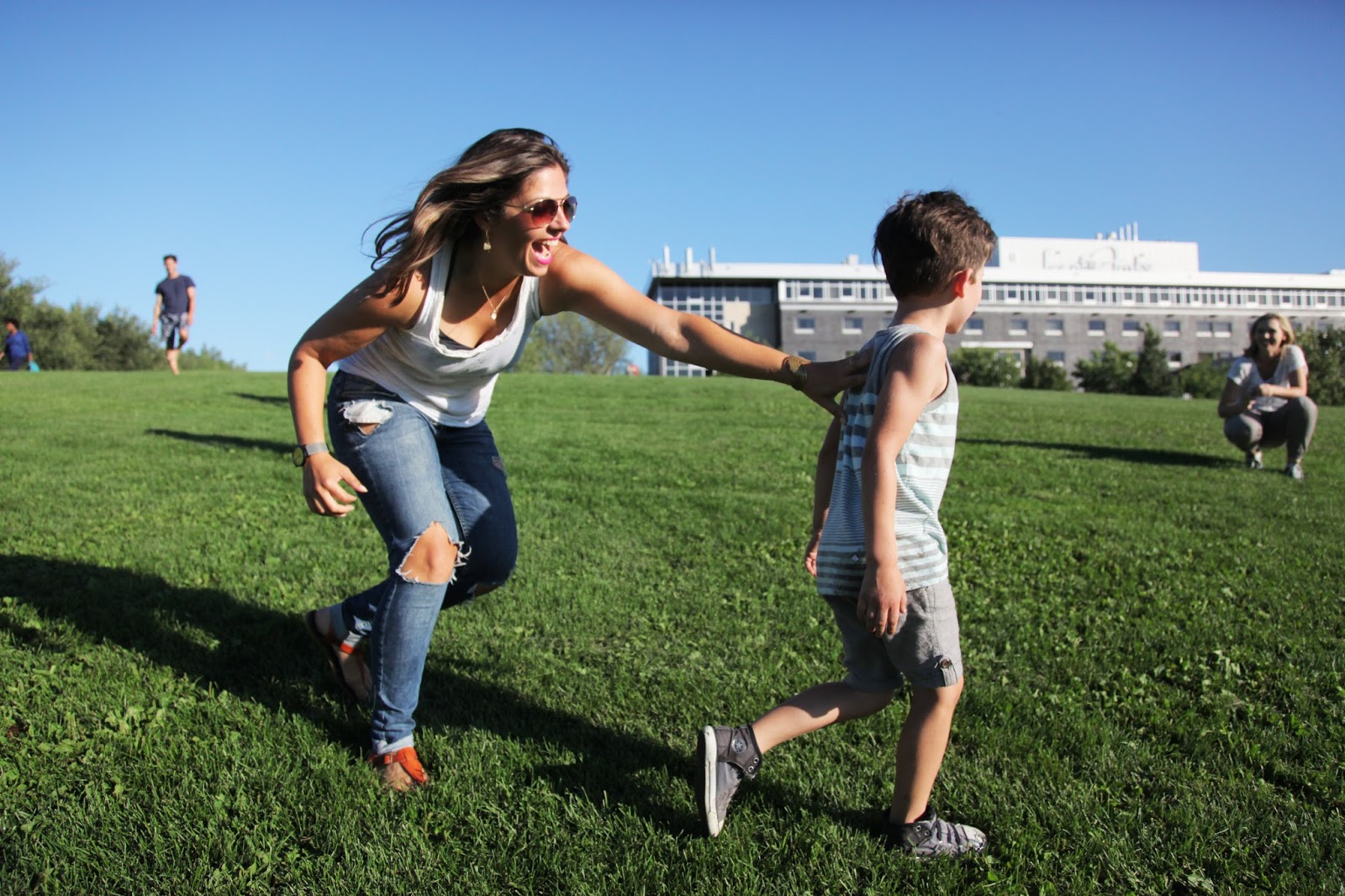 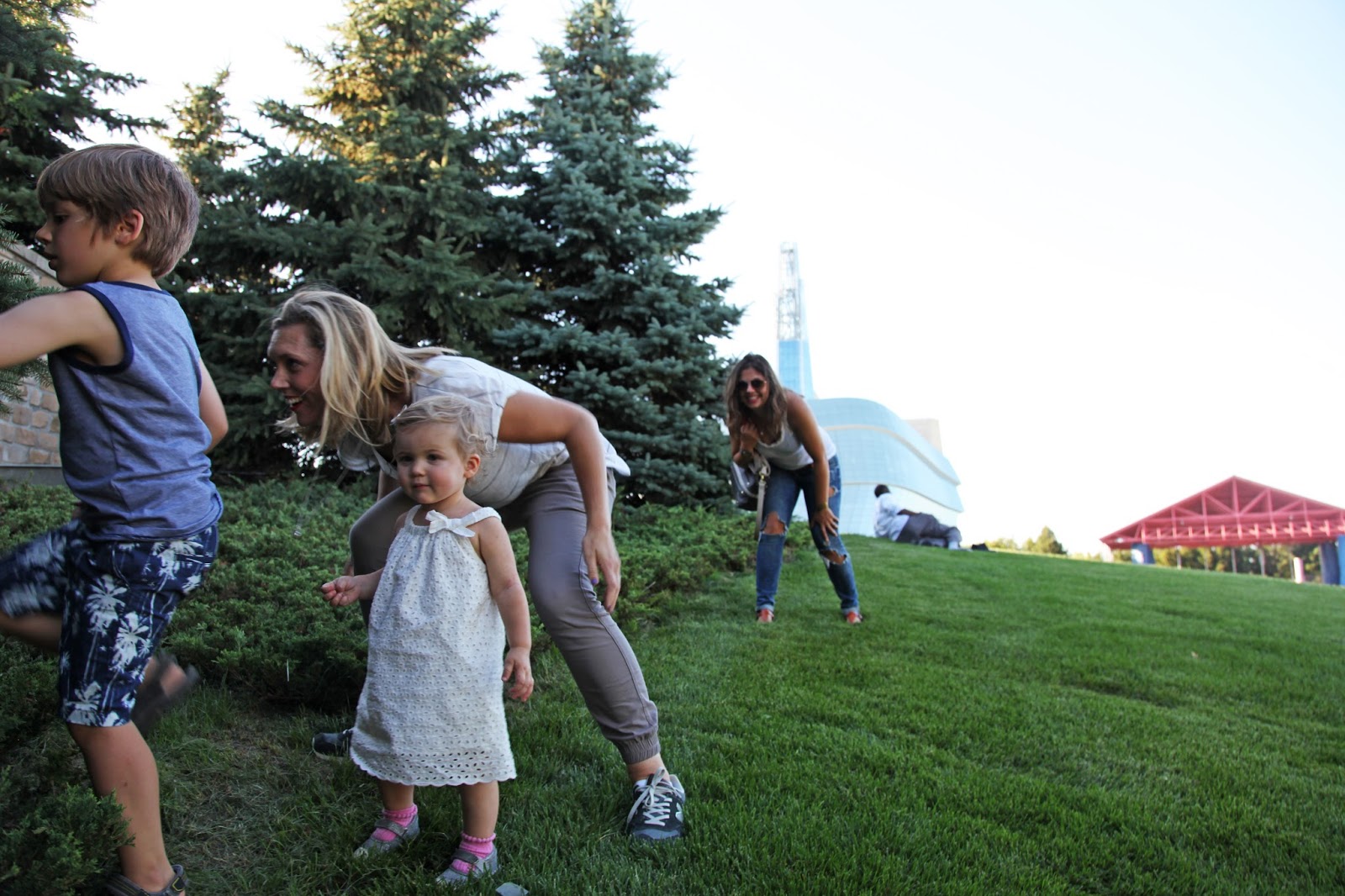 Tag, hide and seek and log rolling down a hill! Playing games is one of the best ways to be active. Not only is it fun but you’re also jumping, running, rolling, ducking and squatting at the same time. It’s not exercising - it’s playing! 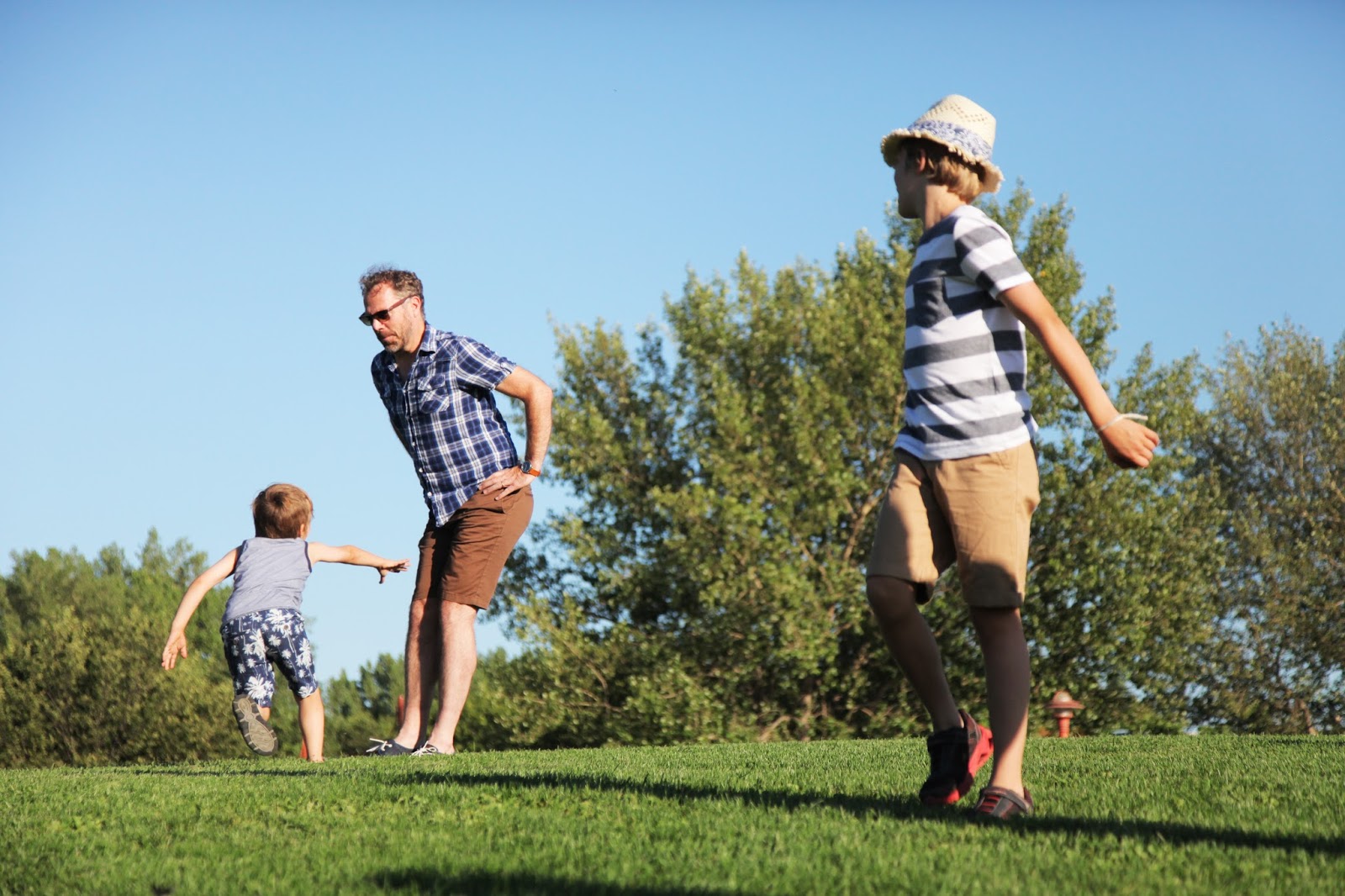 Tag, you’re it! This game is a sneak attack and really gets the heart rate going! It’s hard not to scream with laughter while you’re getting chased, it’s surprisingly exhilarating! Kids and toddlers love it! 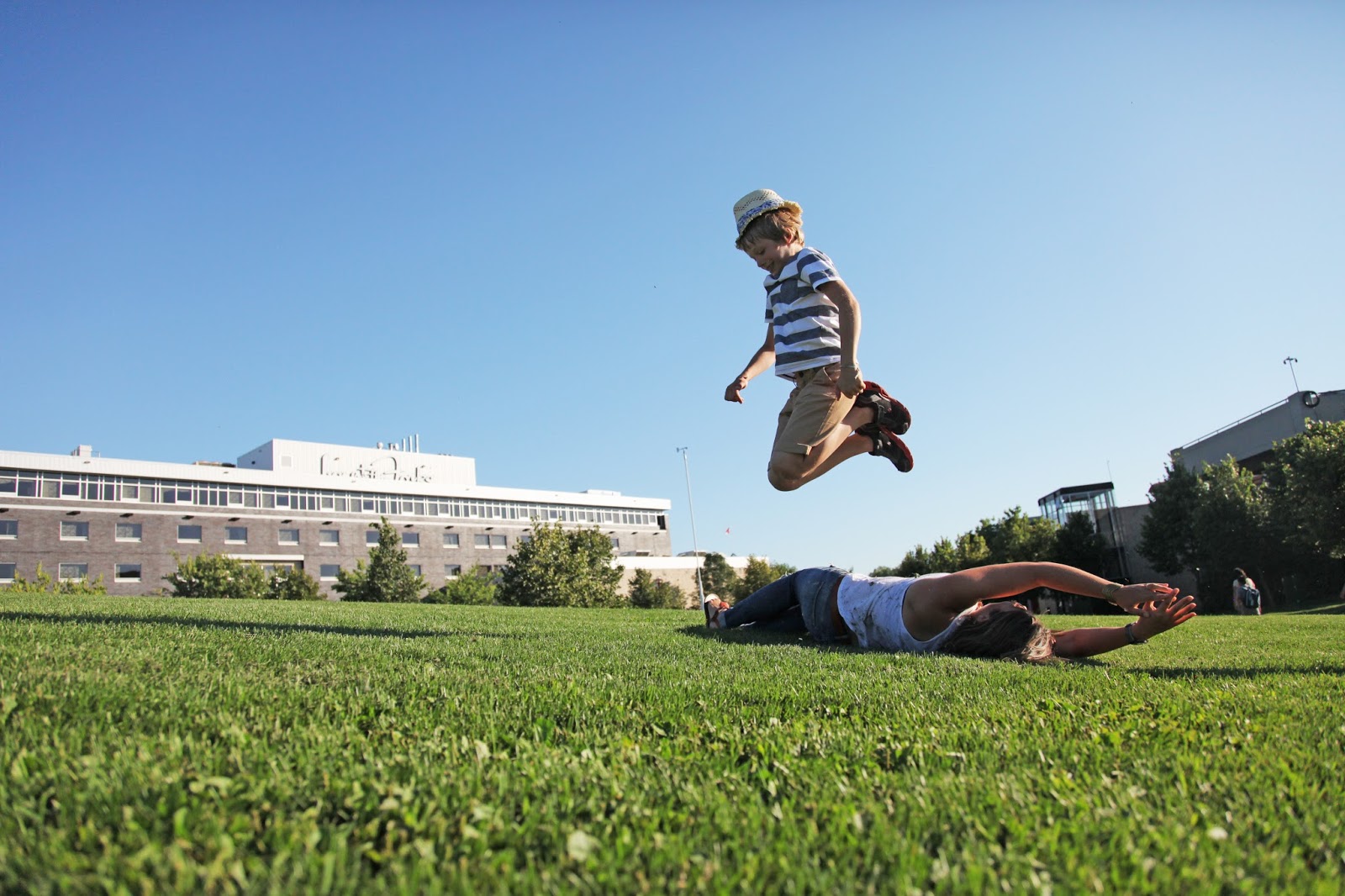 Hills are a rare occurrence in Manitoba, and lucky for us Festival Park is banked by them. Perfect for log rolling! These hills pack some serious speed! 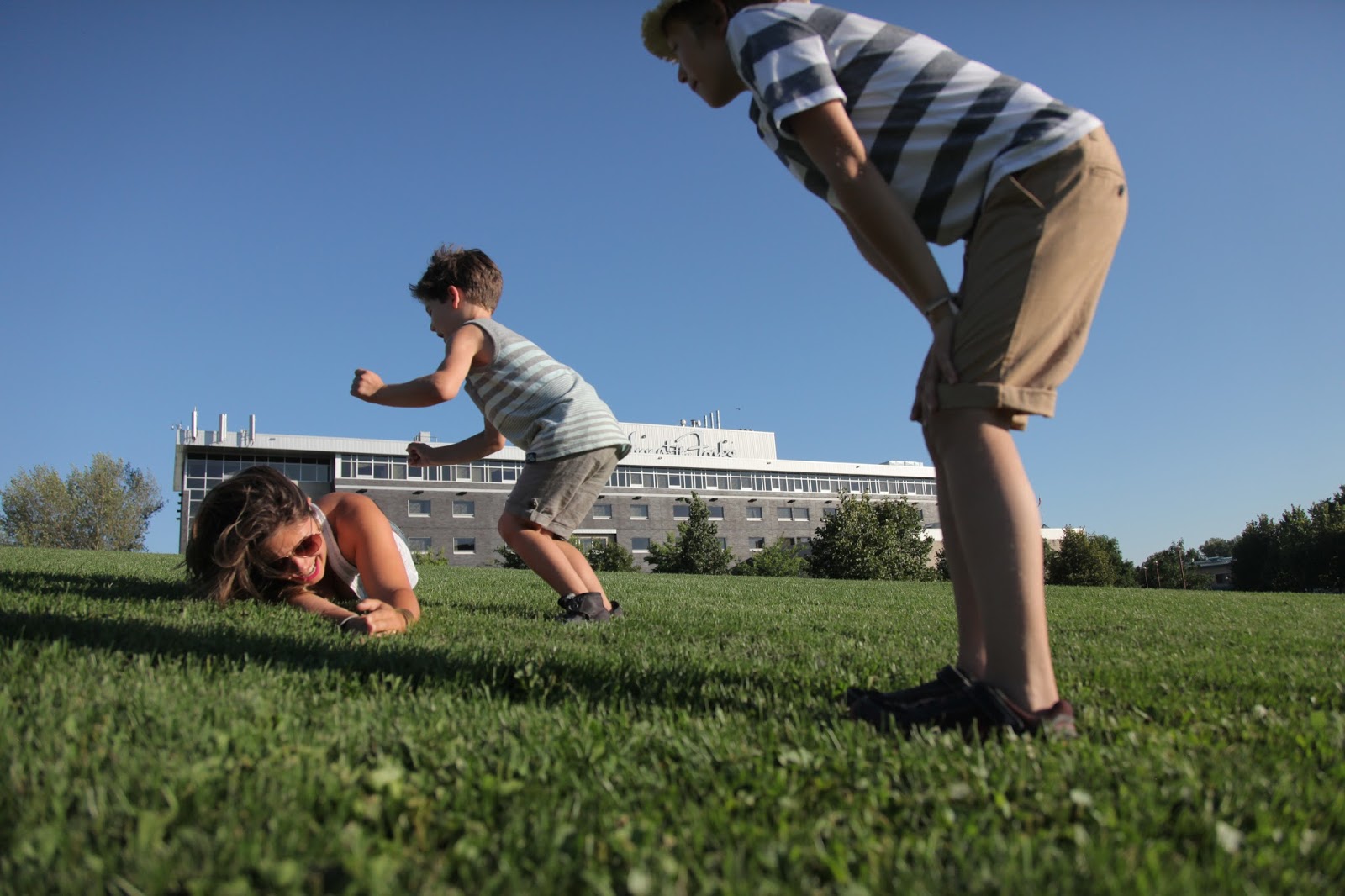 Though, I think the children enjoyed jumping over me more. We ended up calling the game log roll jumps. Beware though: this is a high repeat game… You will get dizzy! 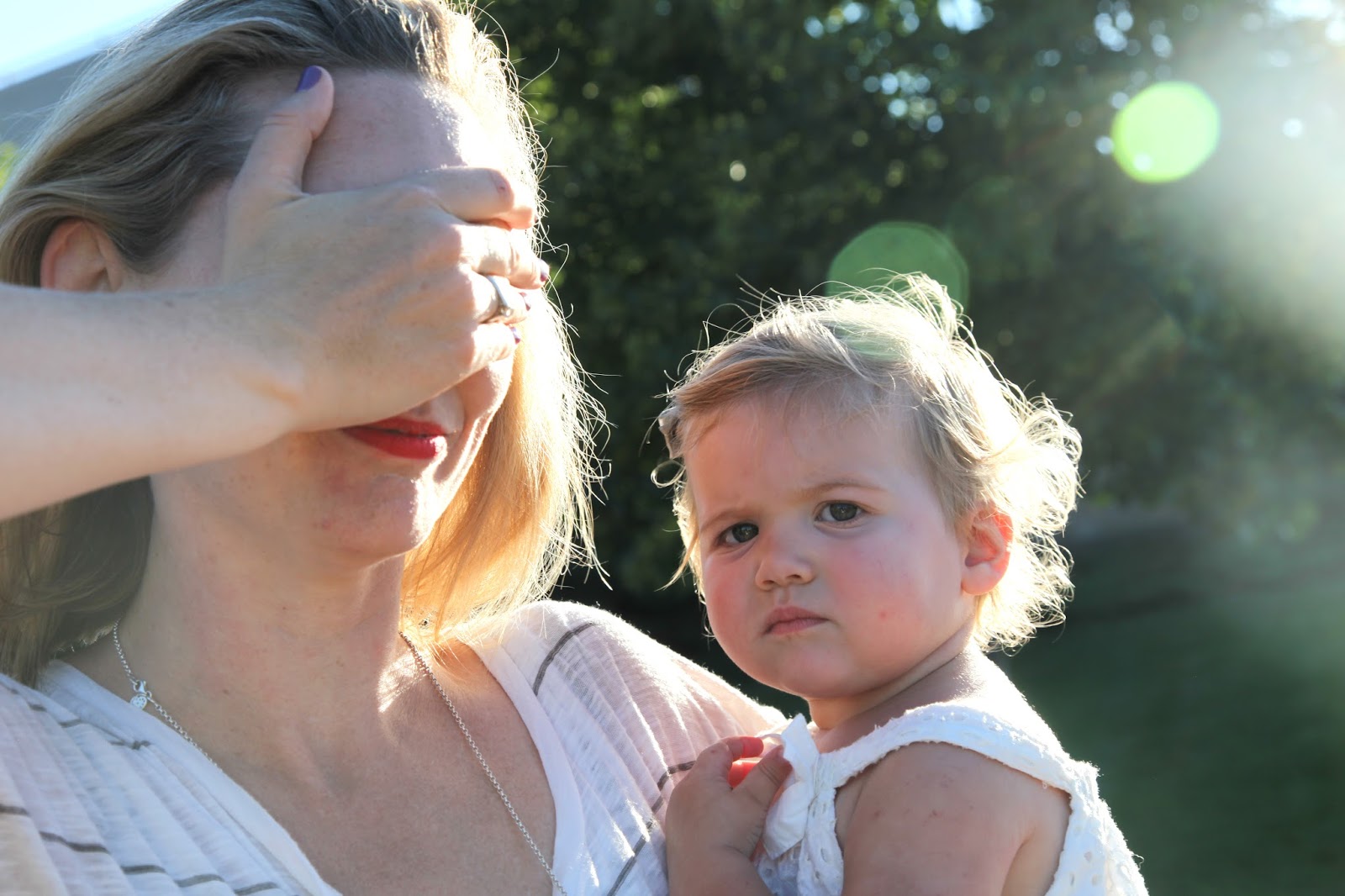 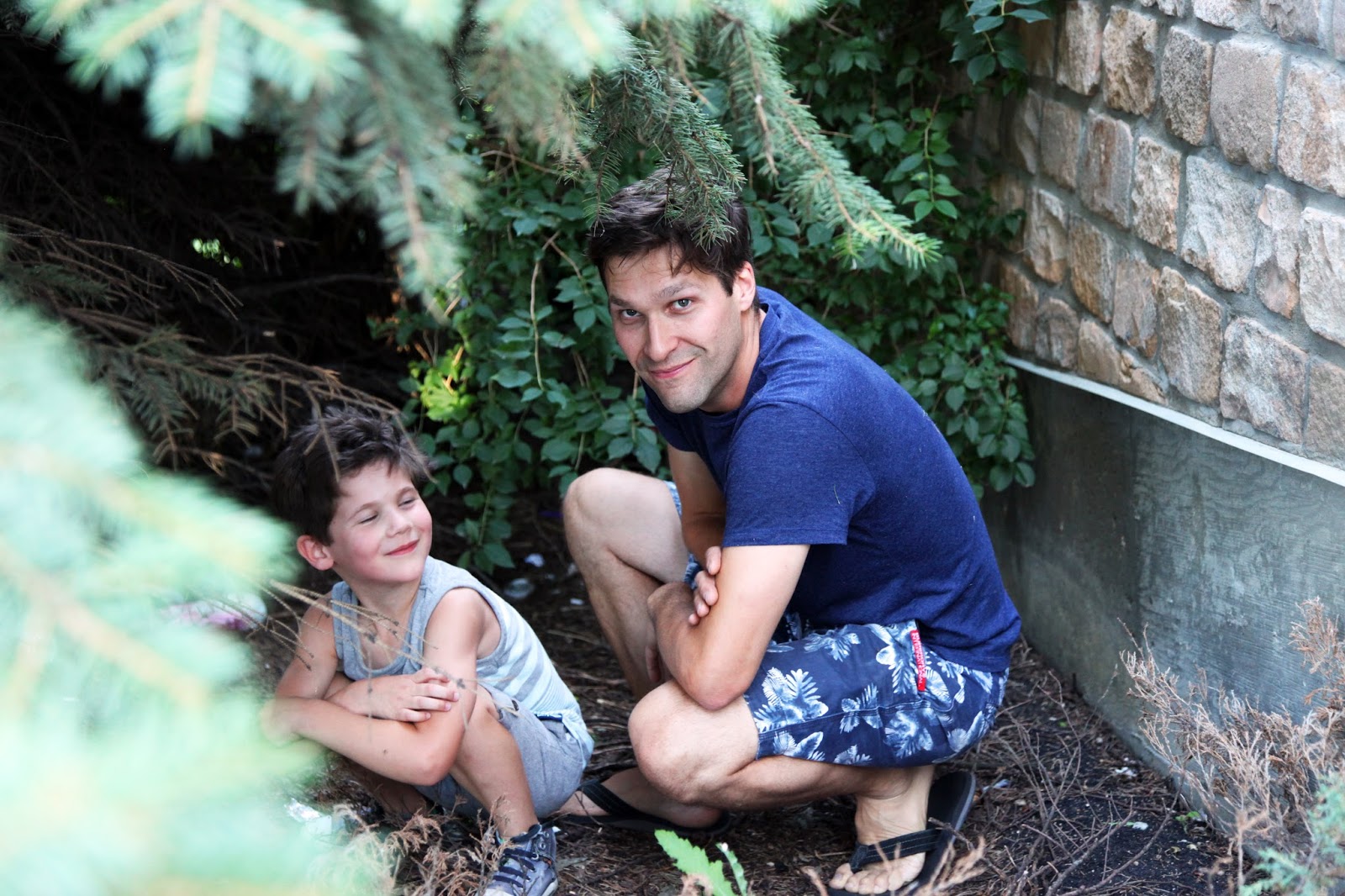 Hide and seek. So many great places to hide at The Forks! I think I did about 25 squats during this game. Hiding and ducking behind trees and signs is always fun for the little ones! Bonus: counting practice for the kidlets! 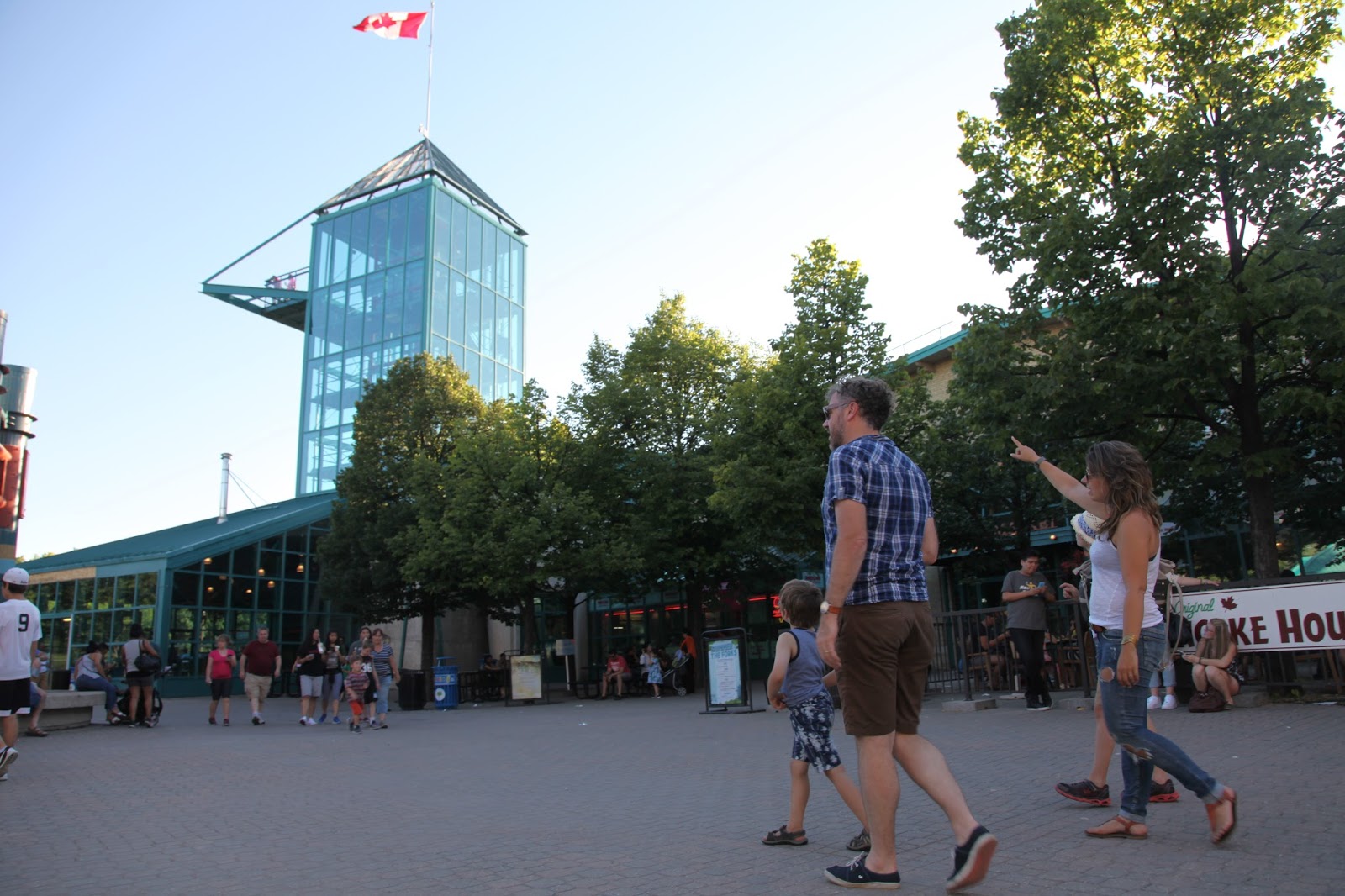 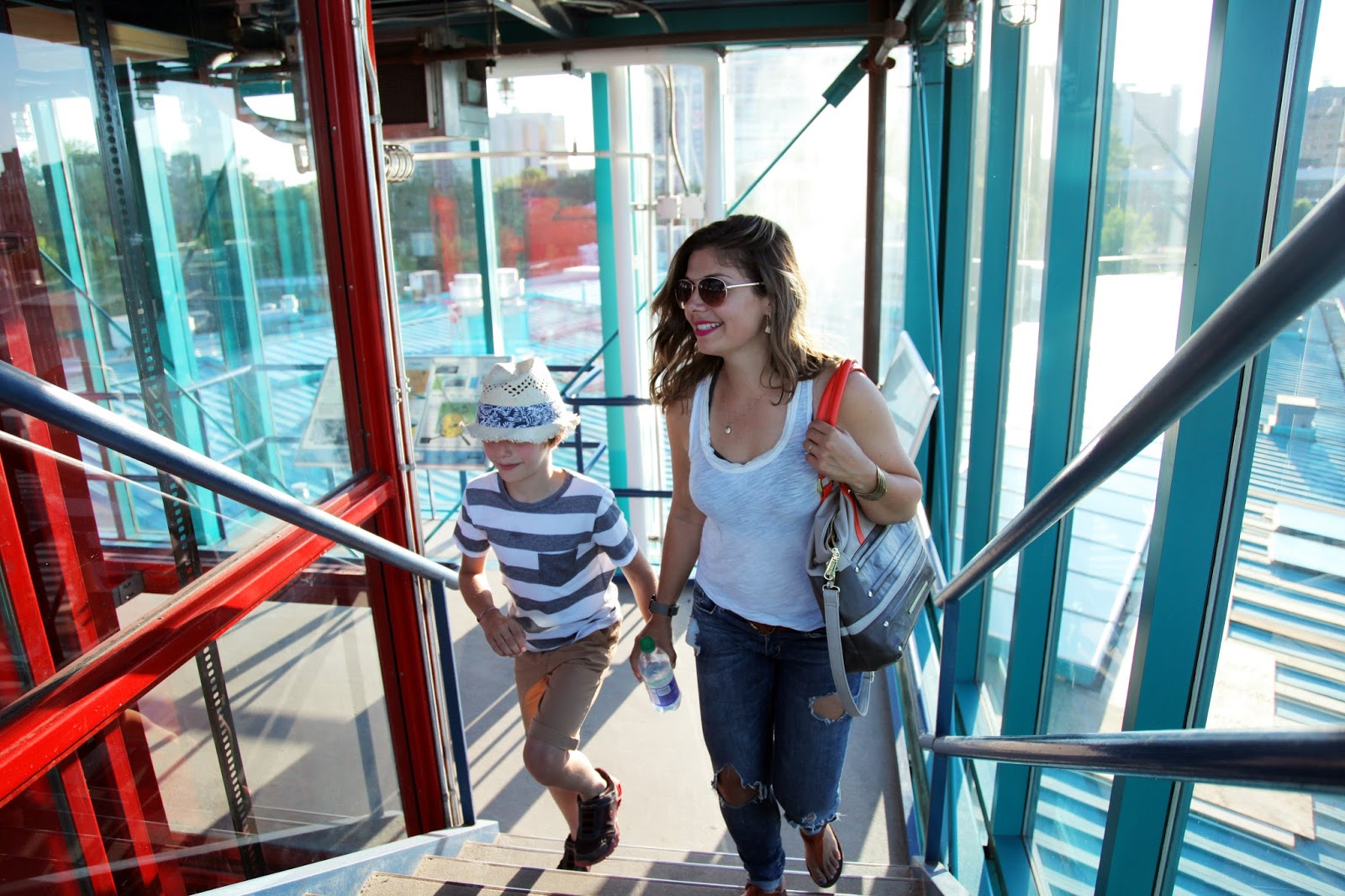 Go! We had a six story race to the top! I think this is probably the most picturesque stairwell in the entire city. With glass walls, it’s pretty cool to see the people and places of The Forks all around you as you climb to the top! Elevators are SO boring in comparison. 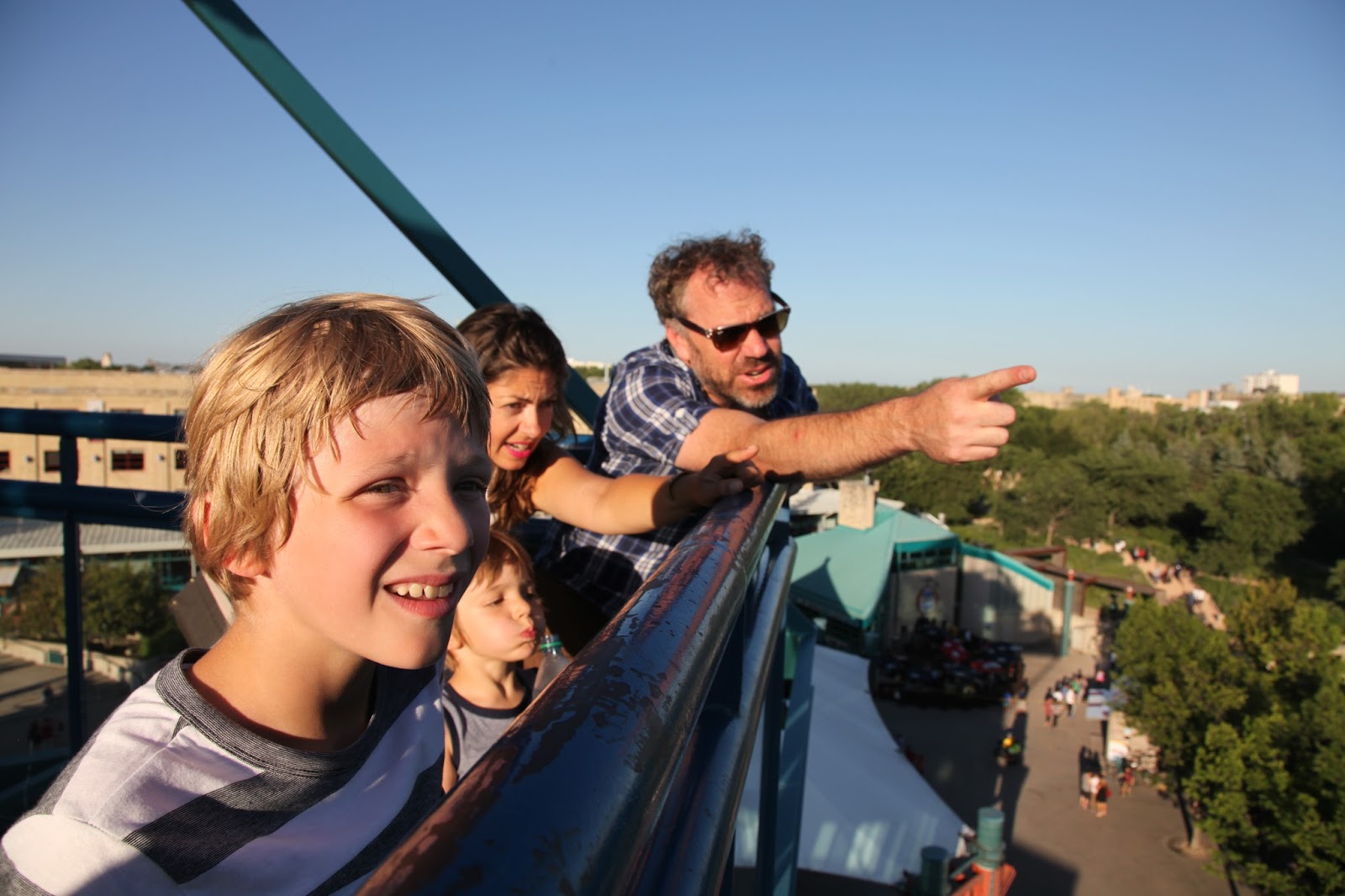 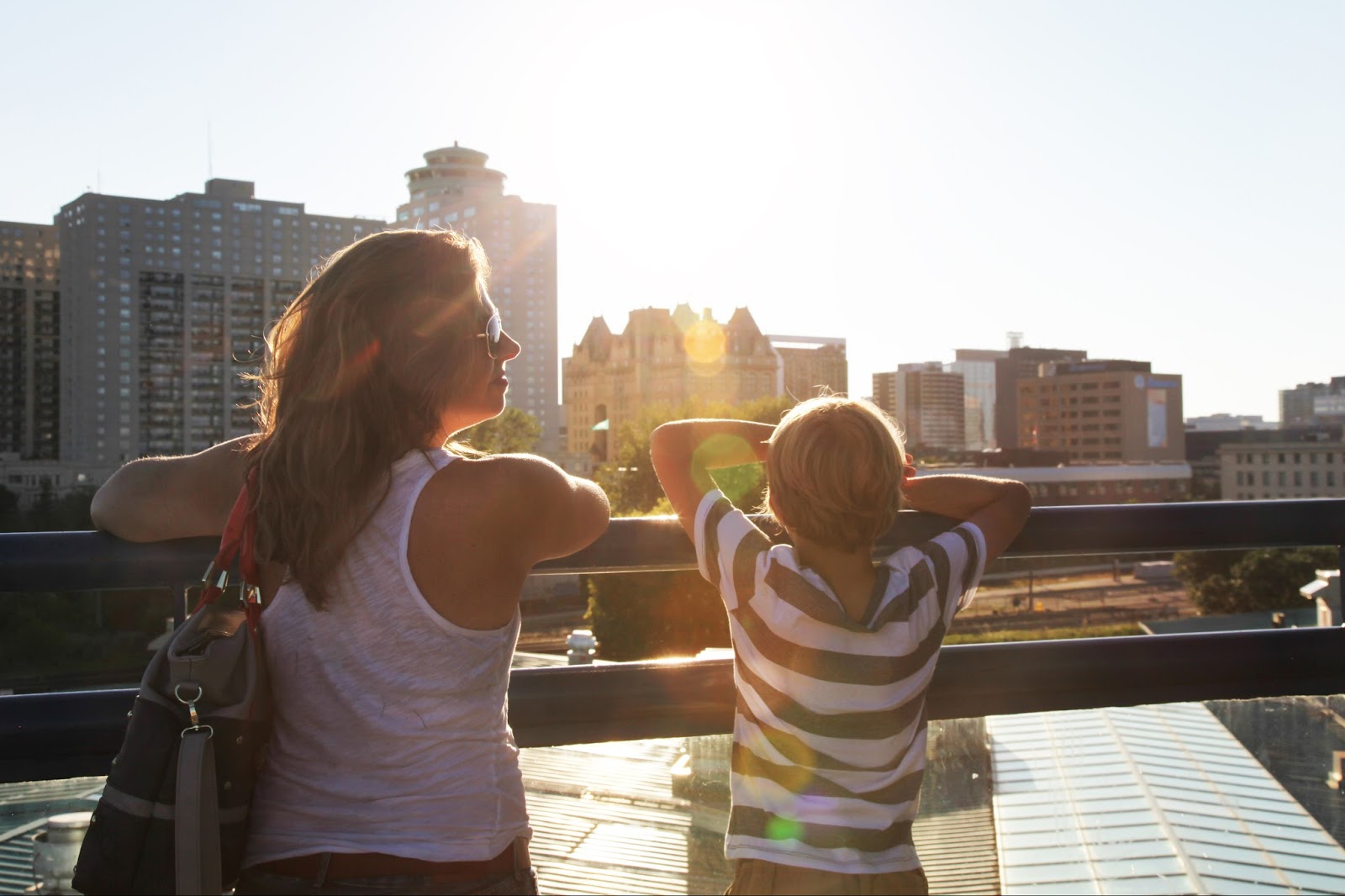 Up at the lookout, the 360 degree view is worth the work! Every direction you see something new. We were even able to spot our home from here! Little ones love the lookout, it makes for an excellent game of eye spy as you catch your breath. 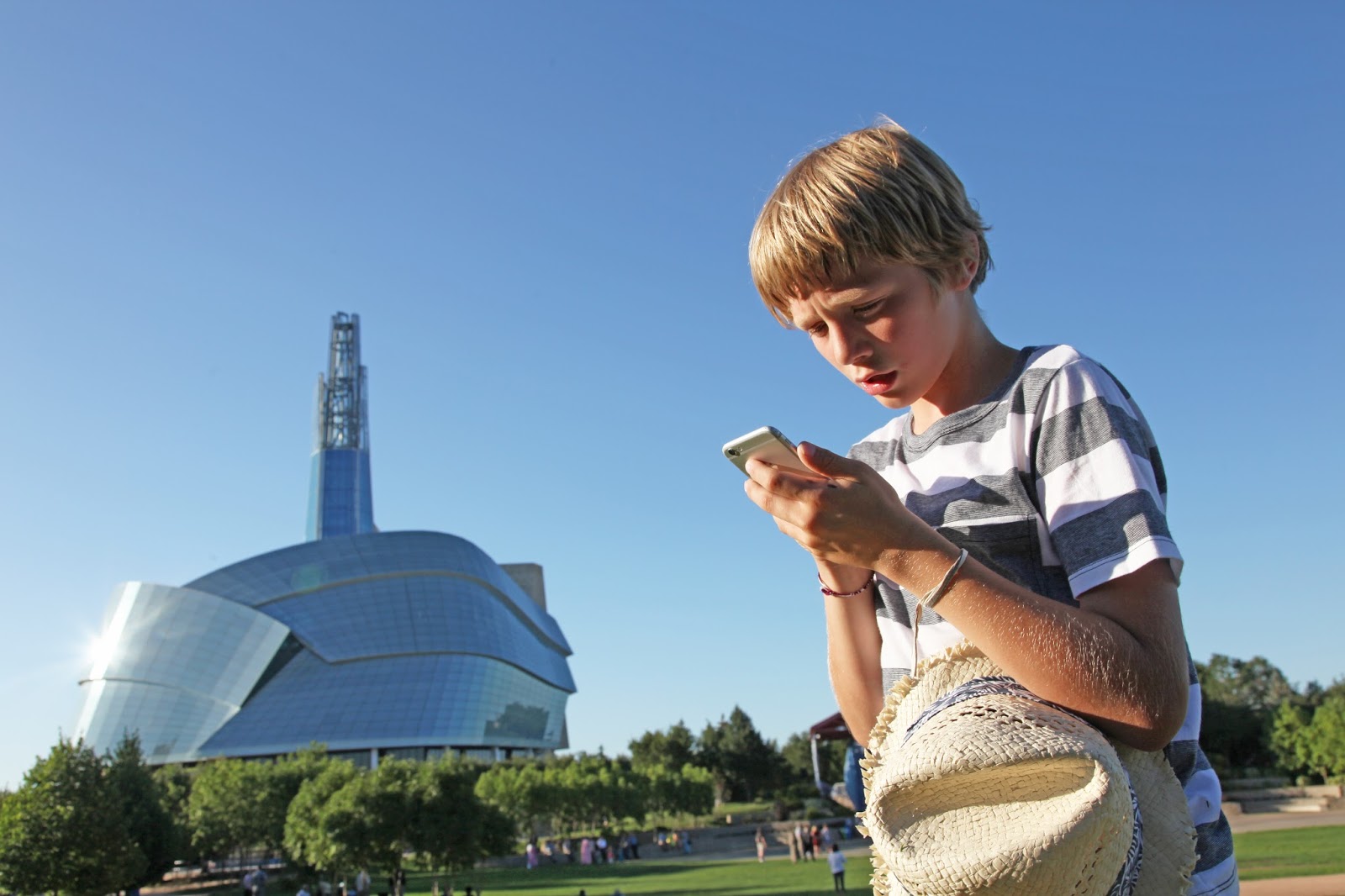 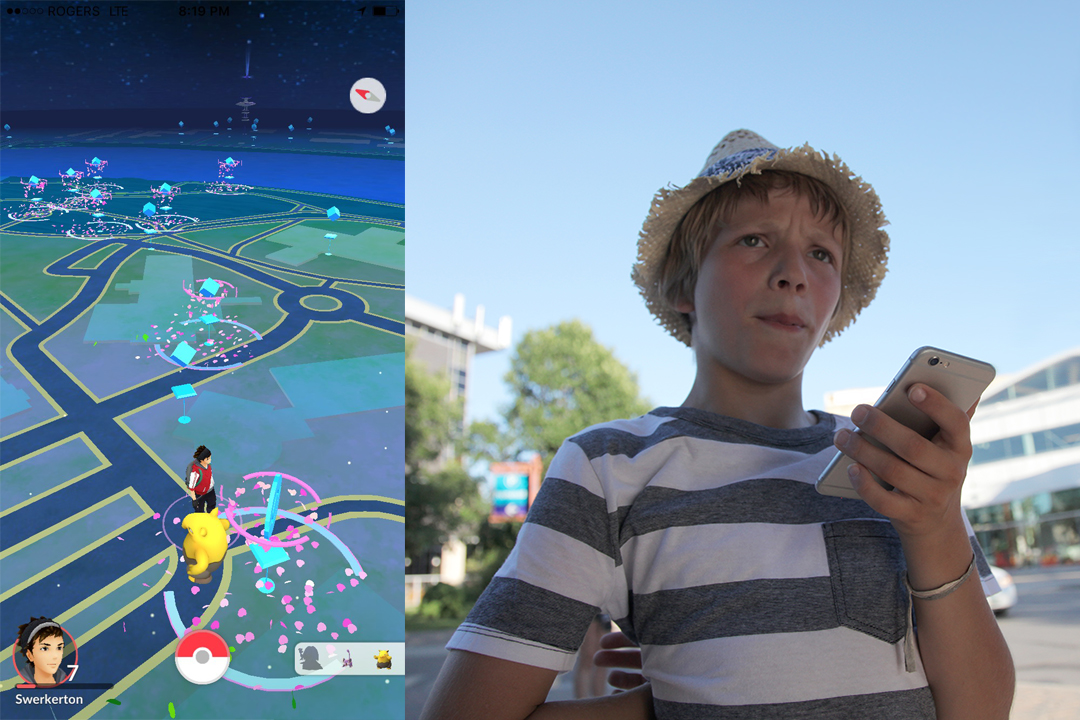 And finally, we joined the craze! I downloaded the Pokemon Go app on my phone and off we went! Having never played before, it was really easy to figure out. Basically, you follow a map around The Forks collecting Pokemon characters. We walked everywhere! 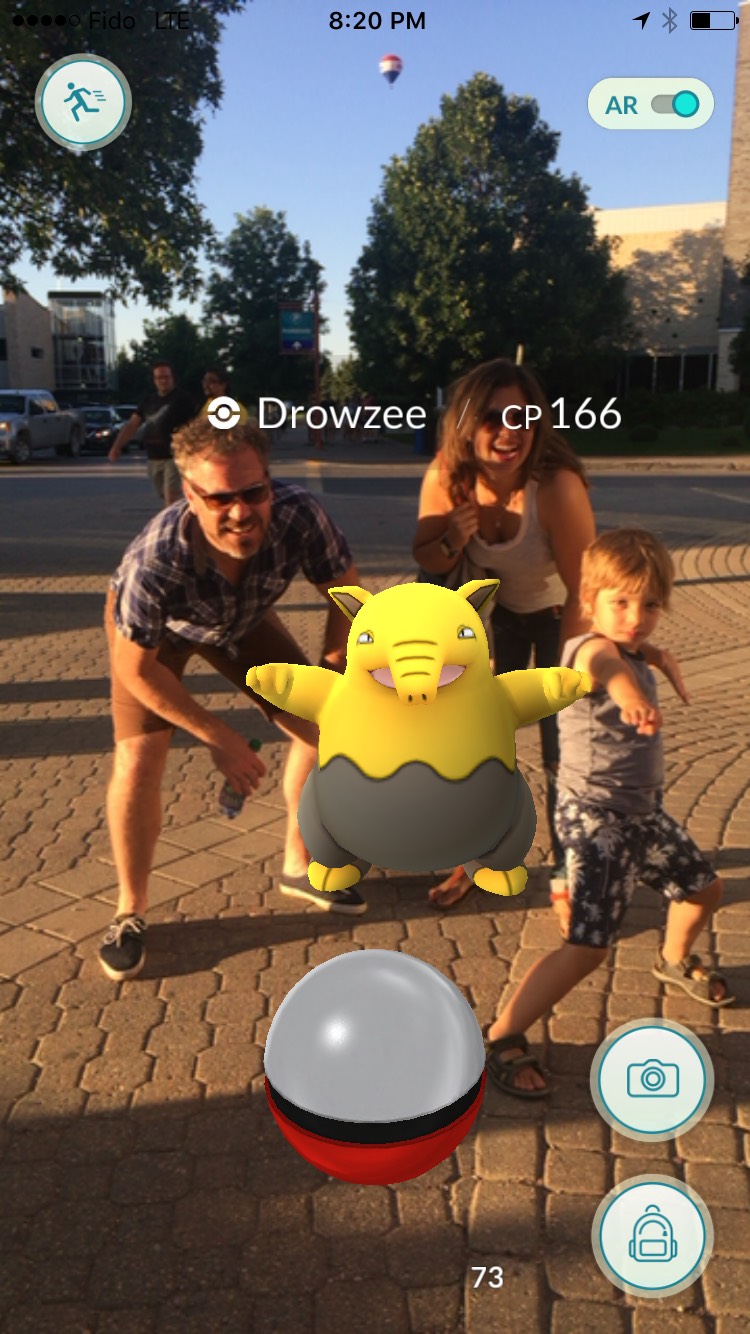 The Pokemon characters are hanging around every corner at The Forks, coming to life on your screen. Play with a buddy and keep your head up! There are so many people out playing! I can totally see what all the fuss is about. 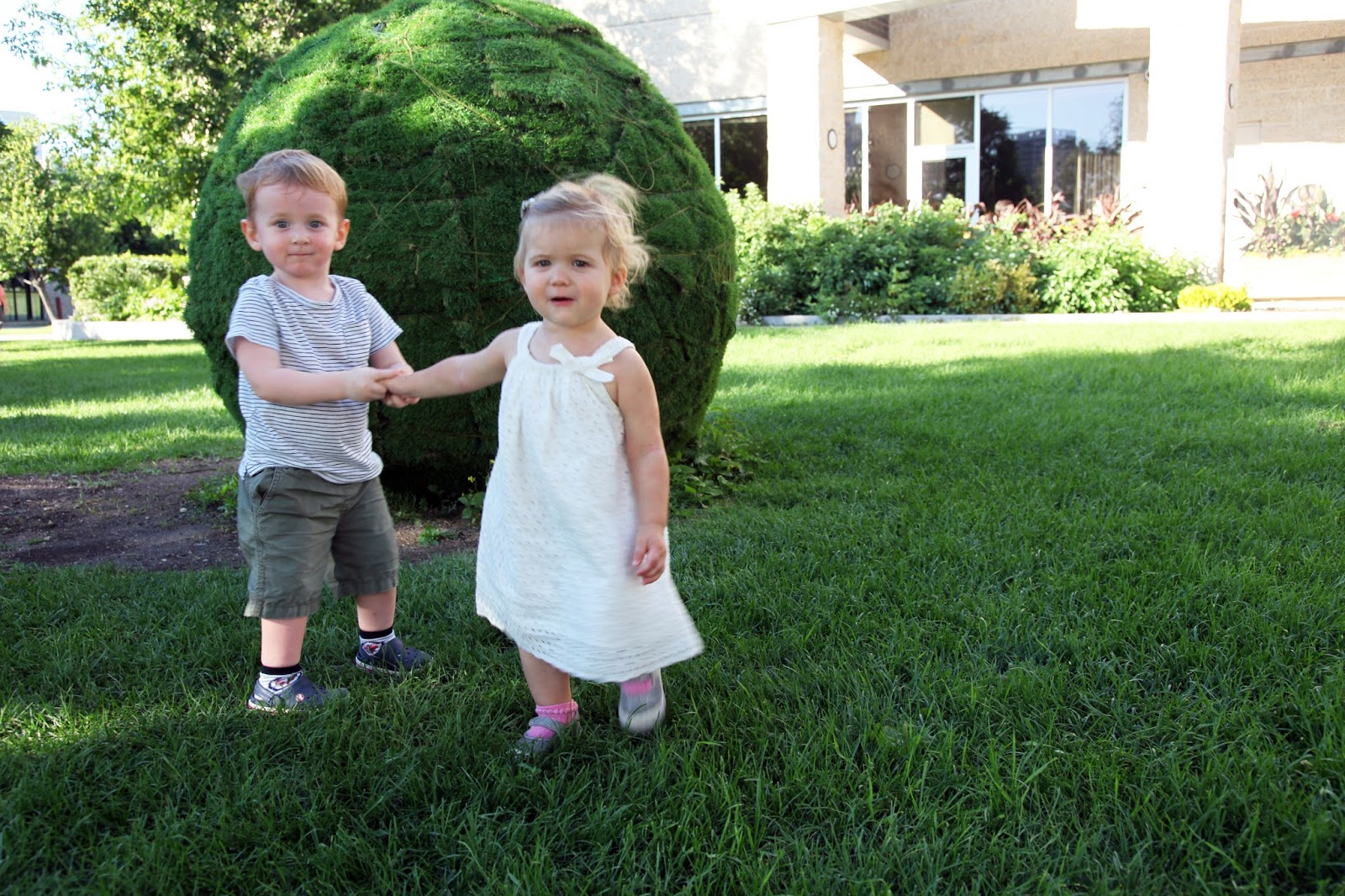 The Forks is Winnipeg’s biggest backyard. We had a great time. The perfect place to take kids and just…play. And? It tuckered everyone out for a great nights sleep! ;)