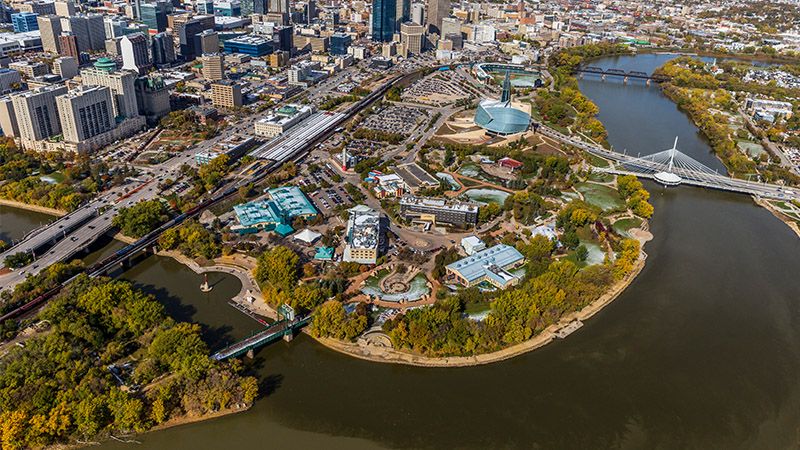 To inspire and nurture philanthropic support for continued enhancements to public spaces, programming and place making at The Forks and other downtown park areas.

ABOUT THE FORKS FOUNDATION

Since forming in 2004 as a registered charity, The Forks Foundation has raised over $4 million to offer beauty, art, and programs throughout The Forks and downtown. We aim to ensure that these public spaces remain vibrant meeting places for generations to come. They are places you care about, those you can’t imagine your life without.

The Plaza at The Forks was the first of many public spaces that The Forks Foundation played a role in supporting. This skatepark has become a vital gathering place for young people in Winnipeg. It’s much more than a bunch of kids skating around—it’s a lively community of kindness, persistent practice and mentorship. On any given day, you’ll see people of all abilities supporting each other to push themselves to learn new skills.

As another example, the river trail, attracts thousands of visitors each year to gather, connect, and play outdoors at The Forks all winter long. Soon after opening in 2009, the trail was awarded the Guinness World Record for the longest naturally frozen skating trail in the world. In 2018 the trail spanned 10 kilometres of the Red and Assiniboine rivers.

The Forks Foundation is now involved in refurbishing Niizhoziibean, the southernmost point of The Forks. This project honours our city’s Indigenous heritage and its prominent place alongside the Red and Assiniboine Rivers and weaves this story into the fabric of The Forks. Niizhoziibean, which means two rivers in Ojibway, inspires new pathways for reconciliation.