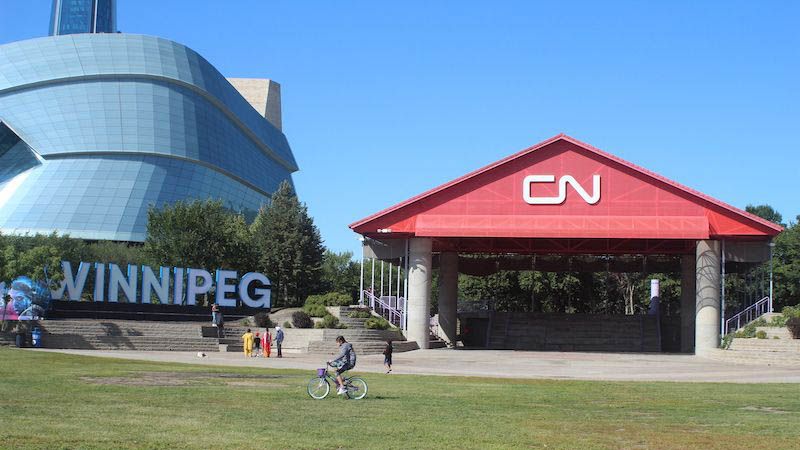 CN Stage and Field are the epicentre for many of Winnipeg’s finest concerts and events, and in the past have included Canada Day at The Forks presented by Canada Life, 2017 Canada Summer Games Festival, the Truth and Reconciliation Commission and Her Royal Highness the Queen's visit of 2010, Spiritfest and the Warchild Concert of 2000 and the 1999 Pan Am Games mainstage concerts.

In the summer of 2004, a new pathway opened through Festival Park, connecting the Esplanade Riel pedestrian bridge with Union Station on Main Street. The pathway follows the historic alignment of Broadway, connecting St. Boniface with downtown Winnipeg via The Forks. The pathway celebrates the many historic themes of The Forks, including Aboriginal and railway history.