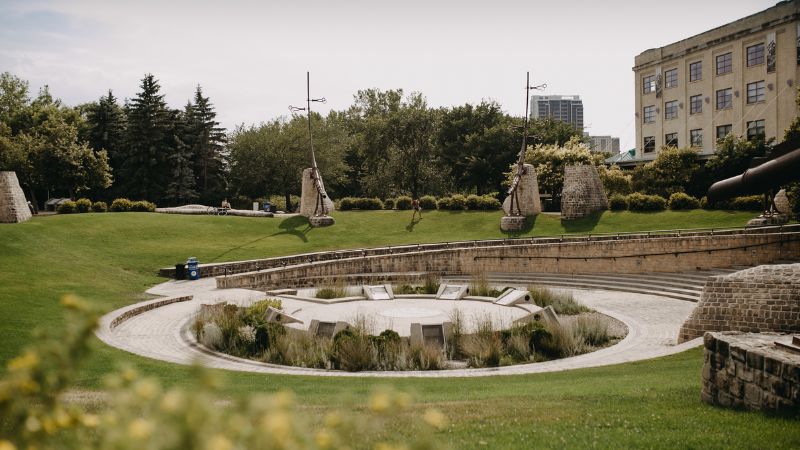 Near the convergence of the two rivers is a natural shallow amphitheatre known as the Oodena Celebration Circle. It pays homage to the 6,000 years of Aboriginal peoples in the area. Oodena, Ojibwe for “heart of the community”, features ethereal sculptures, a sundial, interpretive signage, a naked eye observatory and a ceremonial fire pit, making it a desirable venue for cultural celebrations or a place to simply sit and marvel at its beauty.

Click here for more information on the featured constellations.

Oodena Celebration Circle received a CSLA National Honour Award in 1995, an international Excellence on the Waterfront Honour Award in 1999, and a CSLA National Merit Award for the armature design in 2007. It has been featured in numerous publications locally and internationally, including a feature article in Landscape Architecture Magazine in 2011.