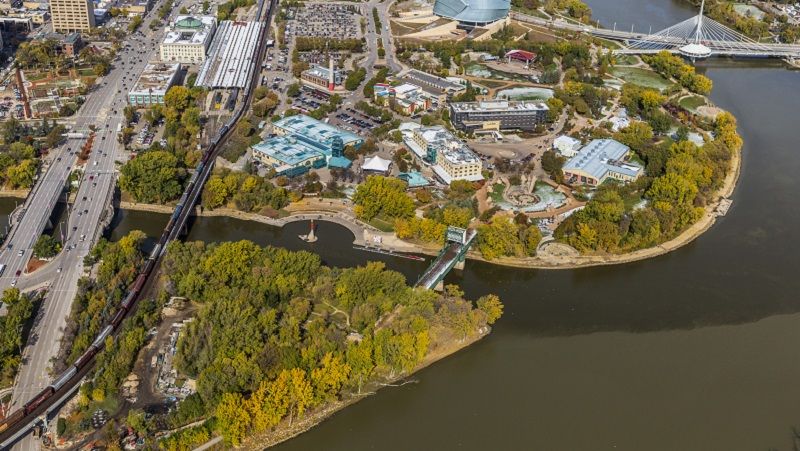 The area formerly knows as South Point has been officially named Niizhoziibean (phonetically pronounced Nee-zho-zhi-been and meaning two rivers in Ojibway) to honour our city’s Indigenous heritage and its prominent place alongside the Red and Assiniboine Rivers.

Elders, Clarence and Barbara Nepinak, uncovered the name during a traditional naming ceremony in August of 2018.

Niizhoziibean not only embodies the spirit of the traditional past of The Forks but enhances our understanding of what this place means – a collaborative space where people have been coming together to trade, grow, and make life for millennia.

- improve the pathway for universal accessibility

- include a drum park ceremonial space