Hit the Beach(comber) at The Forks 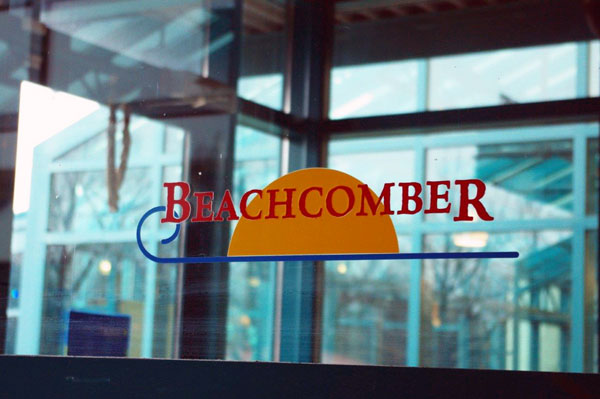 Like the theme song from Cheers, sometimes you wanna go where everybody knows your name. The Beachcomber Restaurant at The Forks is that kind of place.

If owner George Tsouras is sitting in his ‘office’ – the second table from the entrance – when a patron walks in, he’ll greet them like they’re an old friend. Whether he knows them or not. Maybe it’s because he’s Greek, and being welcoming comes naturally to him. Most likely, though, it’s just because he loves what he does. 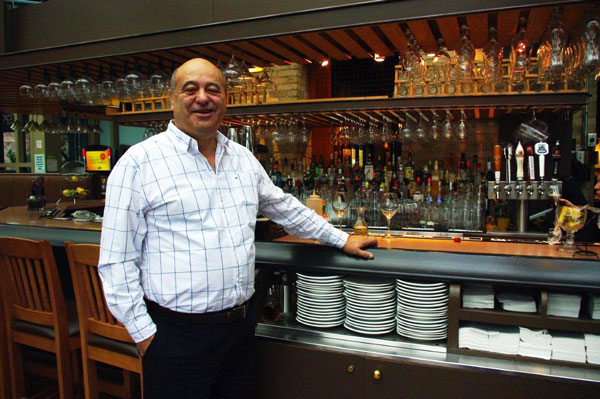 George recognized early on that going to a restaurant is a luxury that people enjoy. They are happy when out for dinner, in a good mood, and having fun. It’s the kind of business George could embrace. So he started working in restaurants at the age of 14, washing dishes after school. His parents, like most, wanted their son to be a lawyer or doctor. But by 21, he opened his first restaurant, and never looked back. 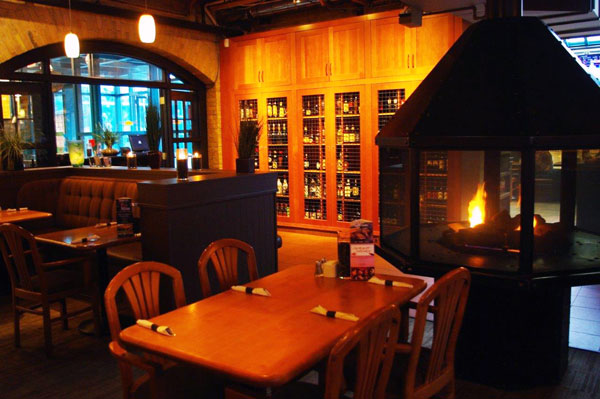 When The Forks opened in 1989, George was an original tenant with Branigan’s. In 2005 he changed the location to The Beachcomber, choosing the name due to the waterfront proximity, and because of one of the best – and affordable – seafood selections in town. If you’re craving crab, lobster, shrimp, scallops, clams, mussels, or fresh PEI oysters, you’ll find it at The Beachcomber. 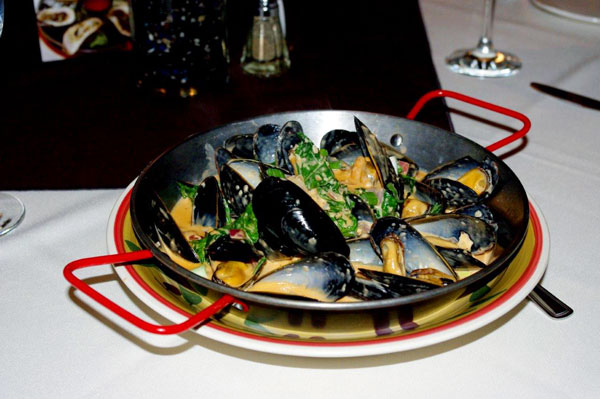 An avid traveler with a passion for ‘old world’ tradition, George gets creative ideas from dishes served in other countries. He offers items you don’t typically see in Winnipeg restaurants, like Kettle of Fish Paella. Inspired by a trip to Madrid, what has become The Beachcomber’s signature dish is a mouth-watering medley of seafood simmered in red pepper broth with chicken and chorizo sausage.

Visitors to The Forks from around the world love trying Manitoba pickerel. The Beachcomber sells over 400 pounds of these melt-in-your mouth fillets each year, bought directly from local fishermen. Another favourite meal from the prairies is bison short-ribs, accompanied by locally-grown produce whenever possible.

For popular drinks, the Bulldog consists of a lime margarita containing an upside-down Corona beer. The Beesar is the same thing, but with a Bloody Caesar as the base beverage. The Beachcomber is the only place in Winnipeg – and likely all of Canada – that creates ‘bursting bubble’ cocktails in six different flavours. 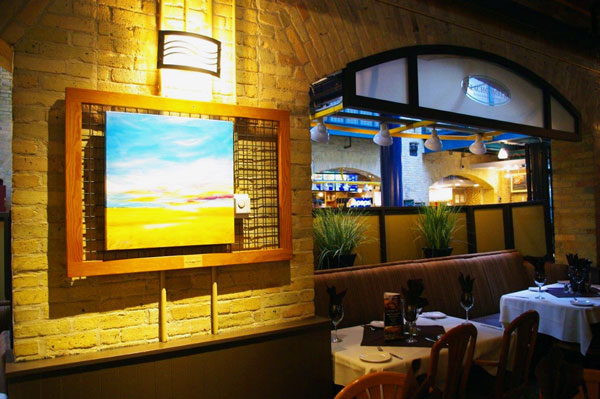 Because George engages with and listens to his guests, you’ll find an ever-evolving menu at The Beachcomber. Different themes, like oyster night on Wednesday, ladies night on Thursday, and paint night on Sunday, provide recurring reasons to keep coming back. That, and the fact The Beachcomber takes great pride in good food and good service.

Above all else, they’re always glad you came.