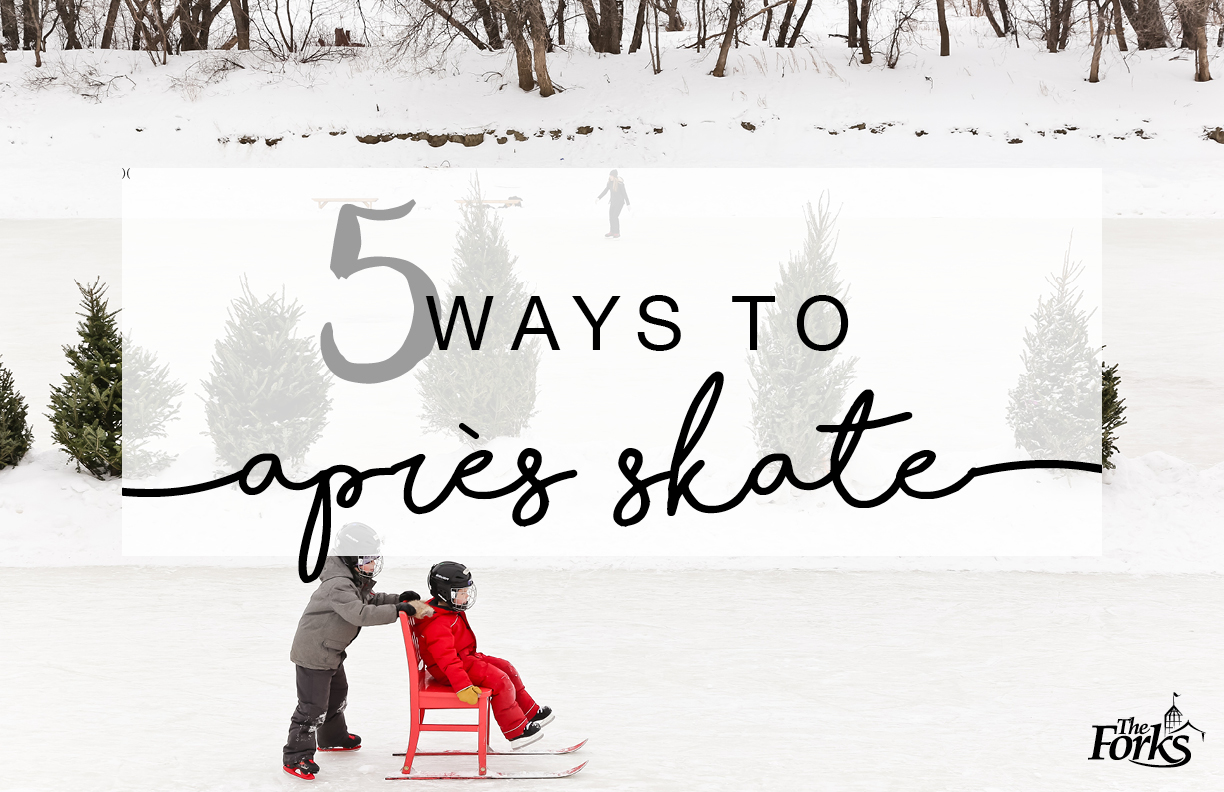 The Red River Mutual Trail is coming along nicely, and the Warming Huts are taking their rightful places on Winnipeg's mightiest rivers. So obviously, this means we spend every extra moment we have skating down the trails with our parters, family members and closest friends. Whenever we get a message saying, "⛸️?," we know all we have to say is, "????," and it's a date.

But what happens when your toes are starting to tingle in the all-too-familiar Winnipeg cold? We've put together some of our favourite things to do when it's time to head on in.

Head to The Common after a couple laps around The Forks site via skate. Over half of the beers on tap are made by your favourite local brews. We recommend trying out Barn Hammer Brewing Co.'s Grandpa's Sweater.

Warm up those cold, sore muscles with a massage at Riverstone Spa. There's nothing like essential oils and a good massage to shake up your cold bones.

3. Get the kids' blood flowing at the Children's Museum

The best way to warm up after a skate with the kids is to go run around with them at the Children's Museum.

4. Sip something warm at Espresso Junction

Espresso Junction roasts all their coffee in the historical Johnston Terminal to serve you one of the richest varieties of coffee in the city.

You made it to the end of the Red River Mutual Trail, and you deserve a treat! Sydney's has some of the most delectable food in the city made by super talented chefs. We promise you'll have a hard time deciding what to choose.