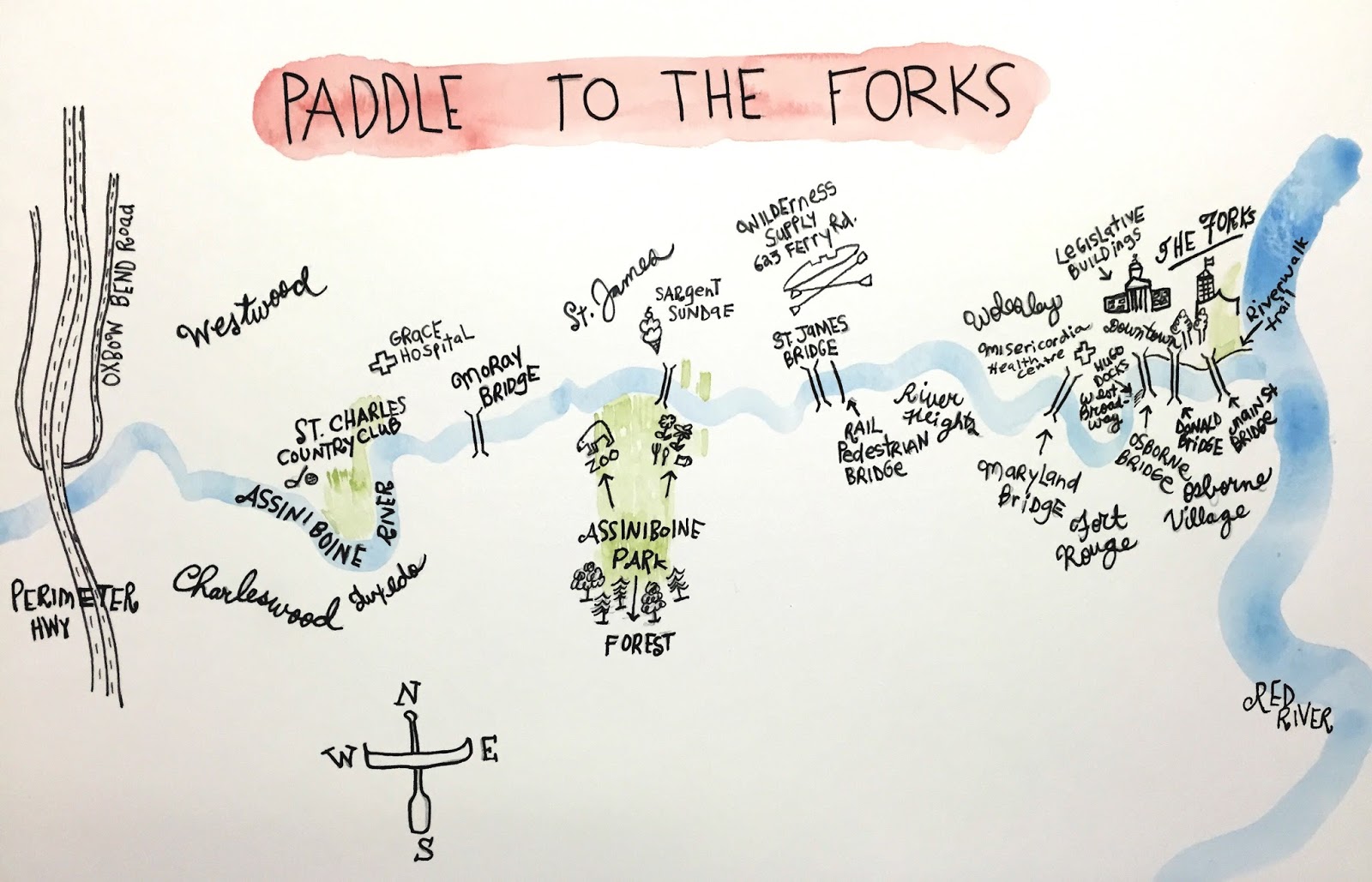 I love a city that embraces the water around it. Winnipeg may not be a coastal city, but we do have over 200 km of rivers that run through our city. In winter, we make excellent use of our frozen rivers, with over 10,000 people skating on it every season. But, in summer we don’t venture out on the water as much. Mud-bottomed rivers aren’t ideal for swimming, so I thought I’d check out another way to enjoy the river in its unfrozen state — paddling. Inspired by my pals Kate and Lynne, frequent urban paddlers, we gathered up some fellow adventurers and spent an afternoon paddling from the west Perimeter to The Forks… 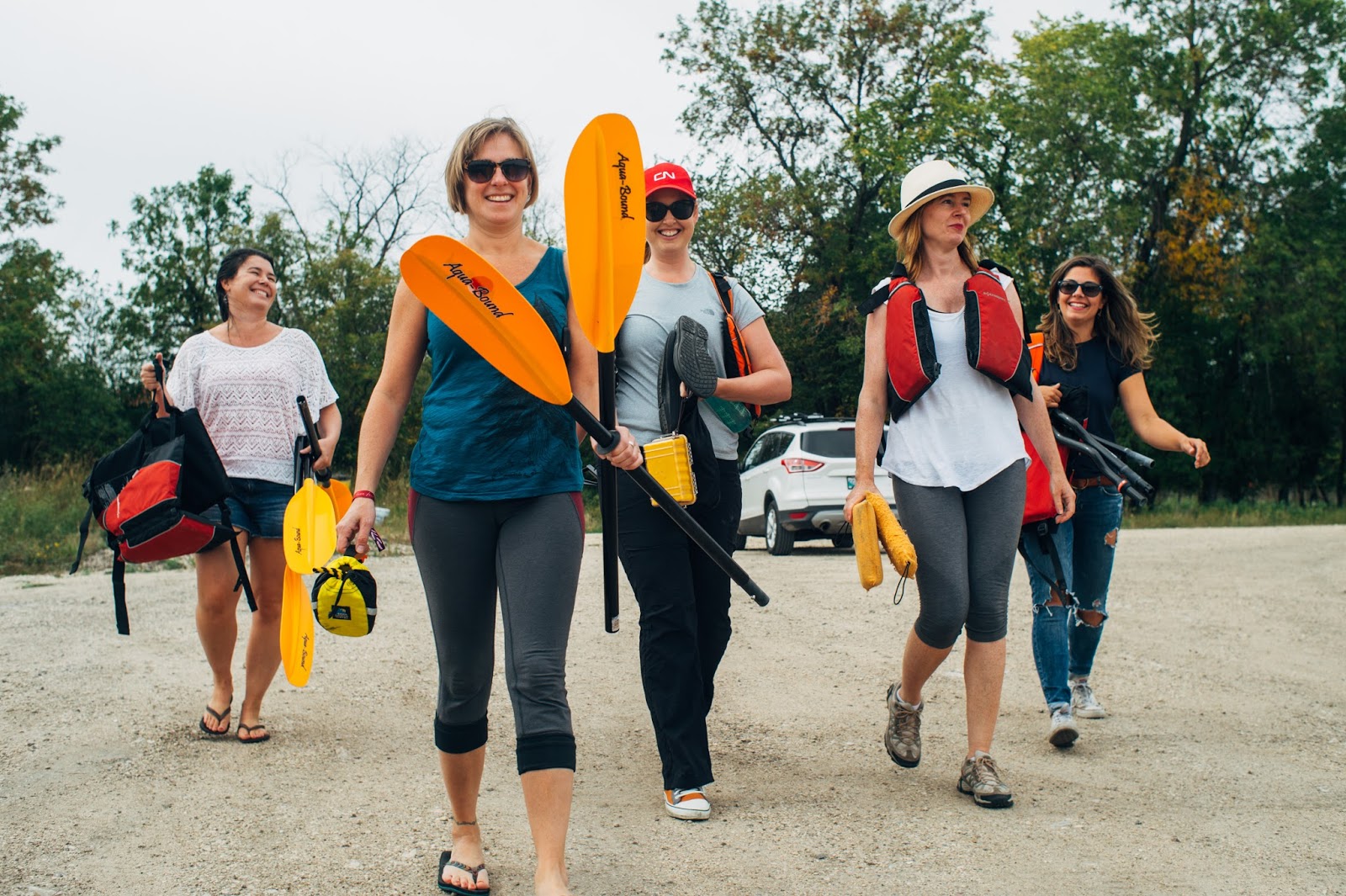 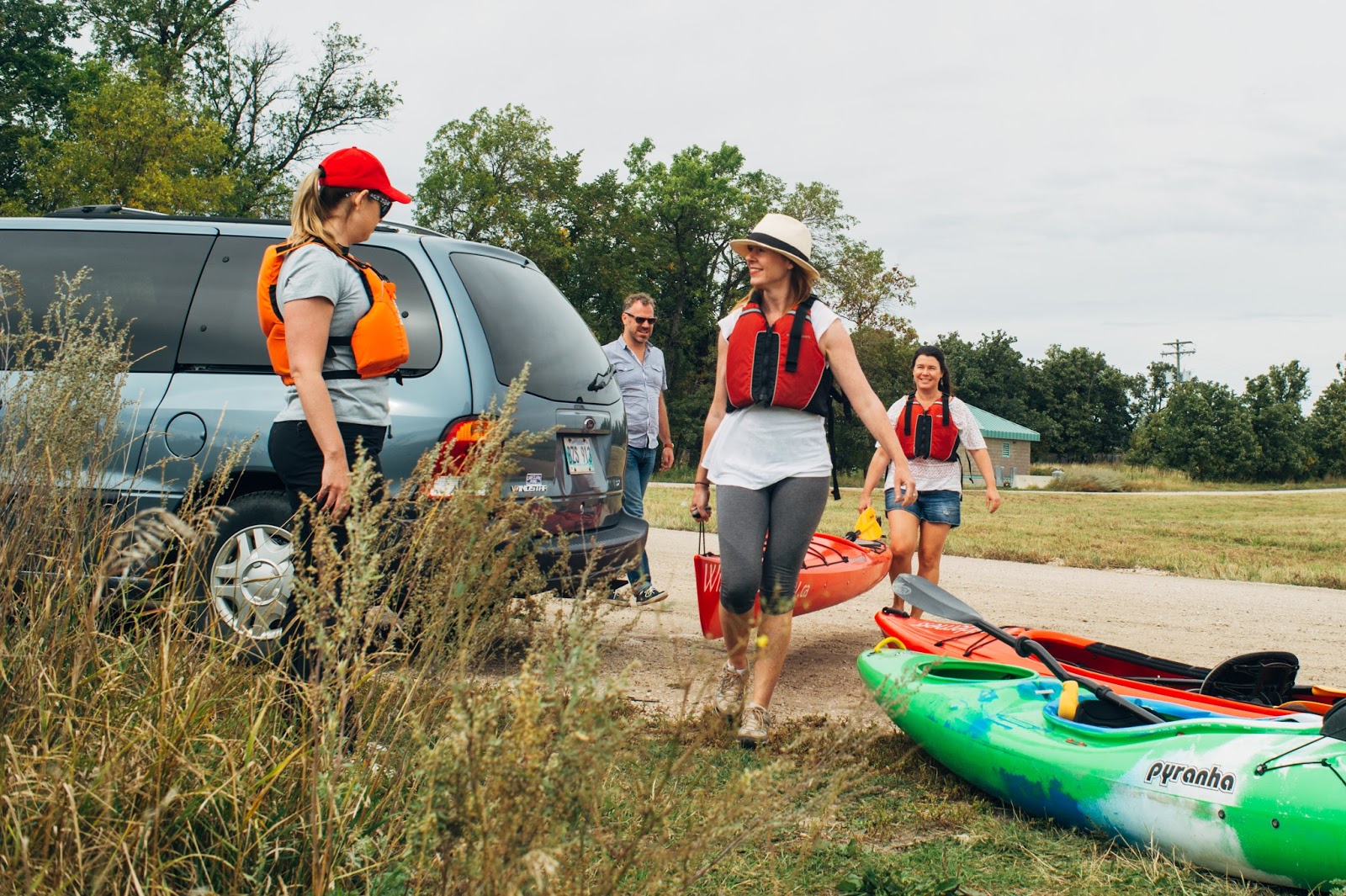 Our flotilla consisted of canoes and single and tandem kayaks. People showed up with borrowed, rented and their own equipment. You can pick up canoes from Splashdash at The Forks if you are looking to paddle around the Port area. Or if you are looking to go on a longer adventure, you can get everything (and I mean everything) you need from Wilderness Supply.

They ensure you are comfortable with the equipment, answering any questions and getting you exactly what you need for your trip. And? They strap everything to your car too! Daily rentals are $30 for kayak, paddles and a lifejacket. I opted for the tandem kayak with my pal Sara, because it just seemed like too much fun. Also: hello, amazing date idea! 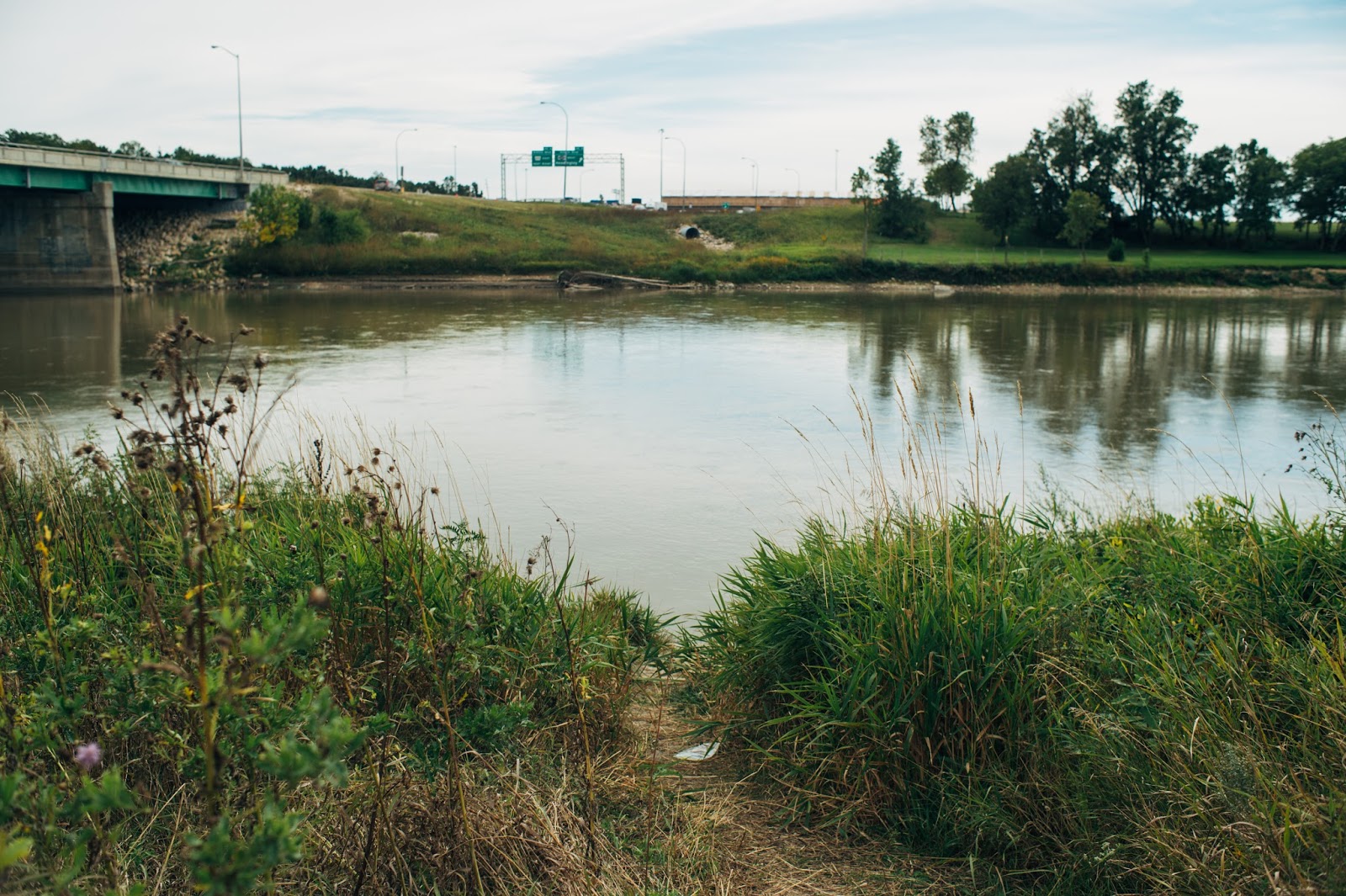 Our three-hour trip started with the drop-in on the Assiniboine River just outside the west Perimeter at Oxbend Road. Here we found easy loading and direct access to the river. For the one-way cruise, I recommend getting a kayak sherpa to drop you (and the kayaks) off and pick you (and the kayaks) up at The Forks. My husband Bob is a land-lubber so he made an excellent kayak sherpa. If no landlubbers are present, you’ll have to pre-arrange a second car drop at The Forks. 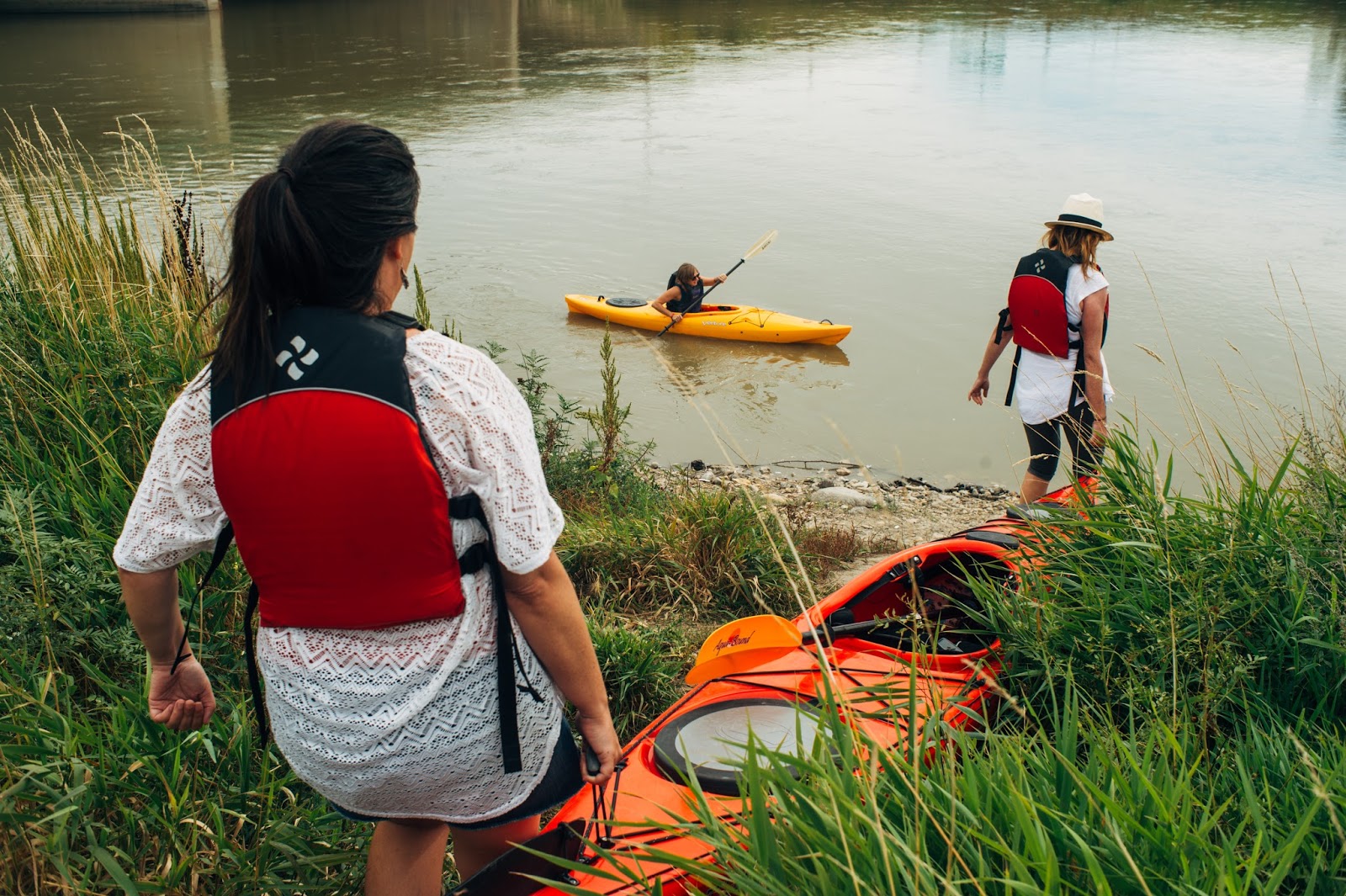 The kayaks and canoes were pretty easy to carry down to the water. A good core and upper body strength workout! To be honest, I think this was the most physically challenging aspect to the afternoon! 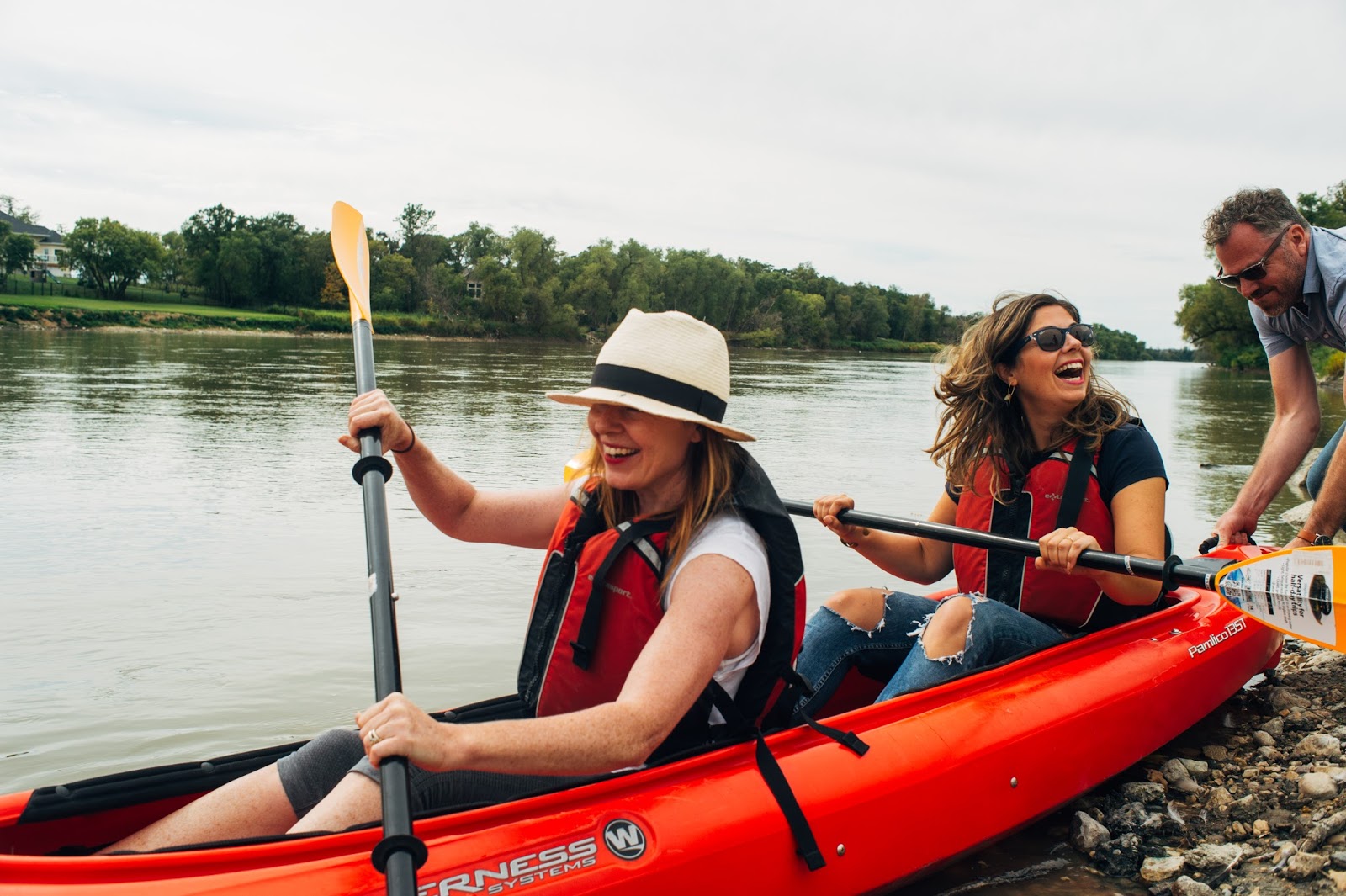 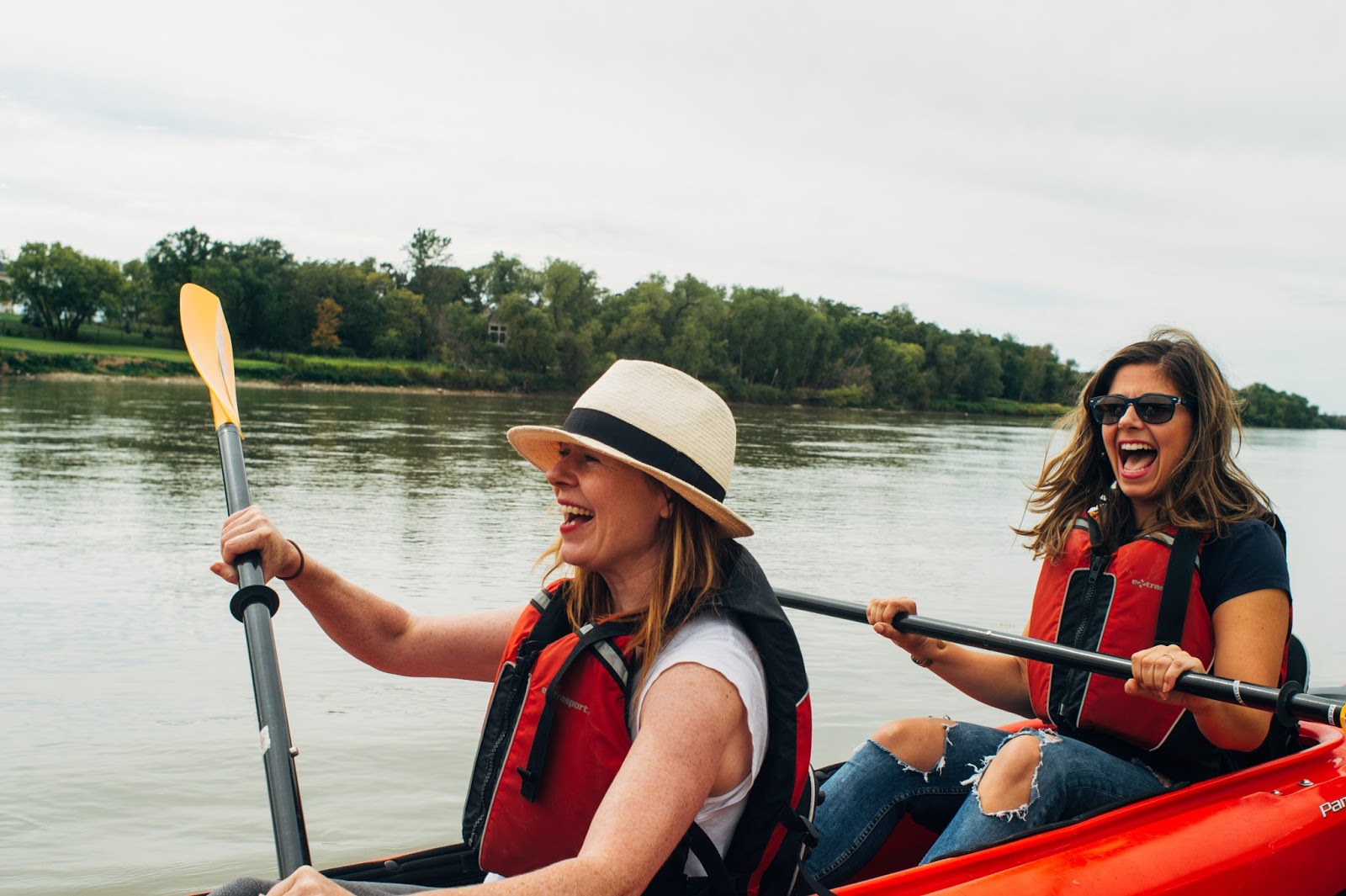 Once you’re at the water, you sit down in the kayak and slide right in! The connection to the water is immediate when you are in a kayak sitting at the water level. No motors. Just you, the water and some paddles. It’s quiet and peaceful (save for my shrills of delight). 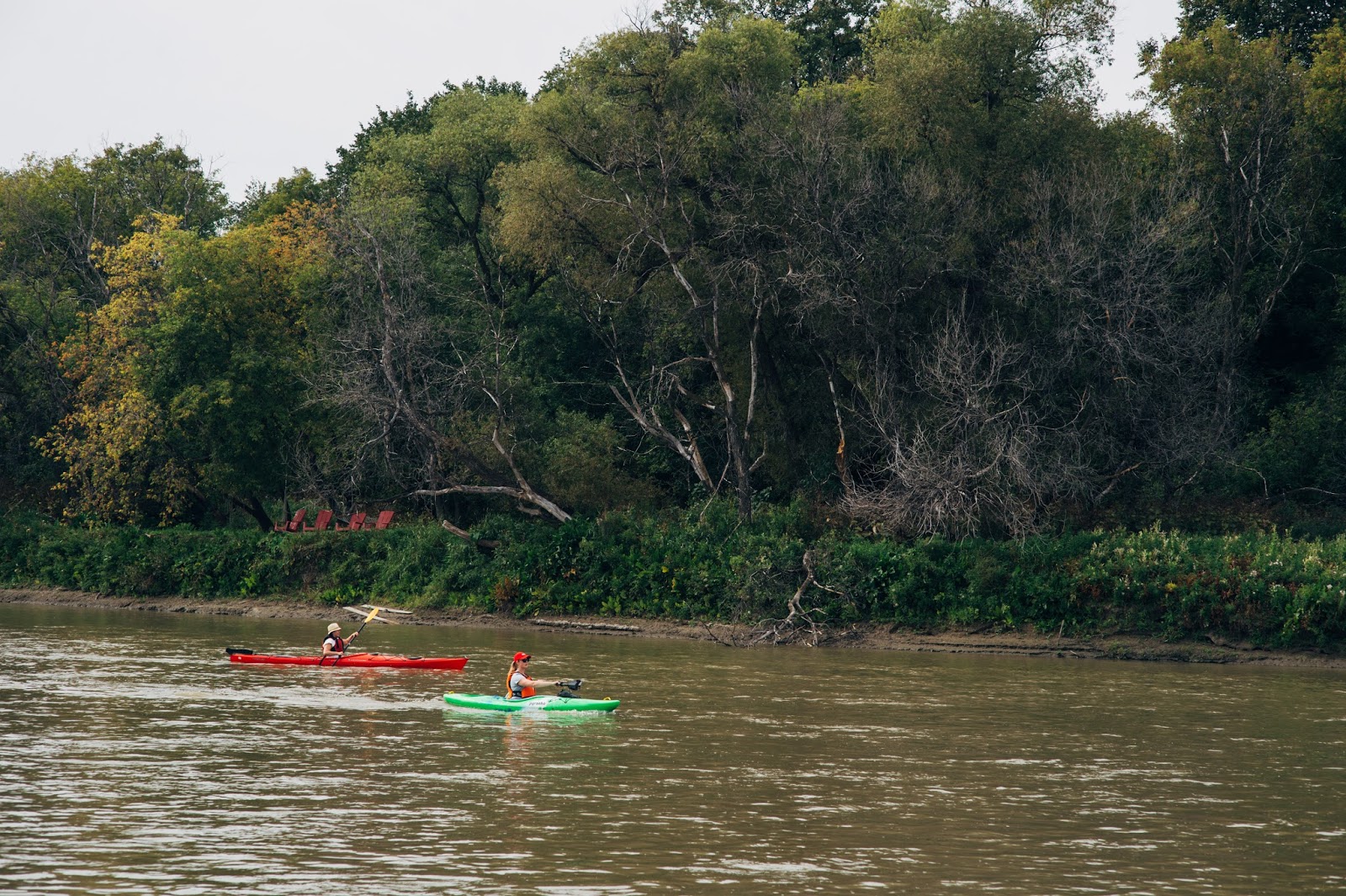 I was so surprised at how we immediately started to coast without paddling! The Assiniboine River has a natural gentle current that is forever nudging you toward The Forks. 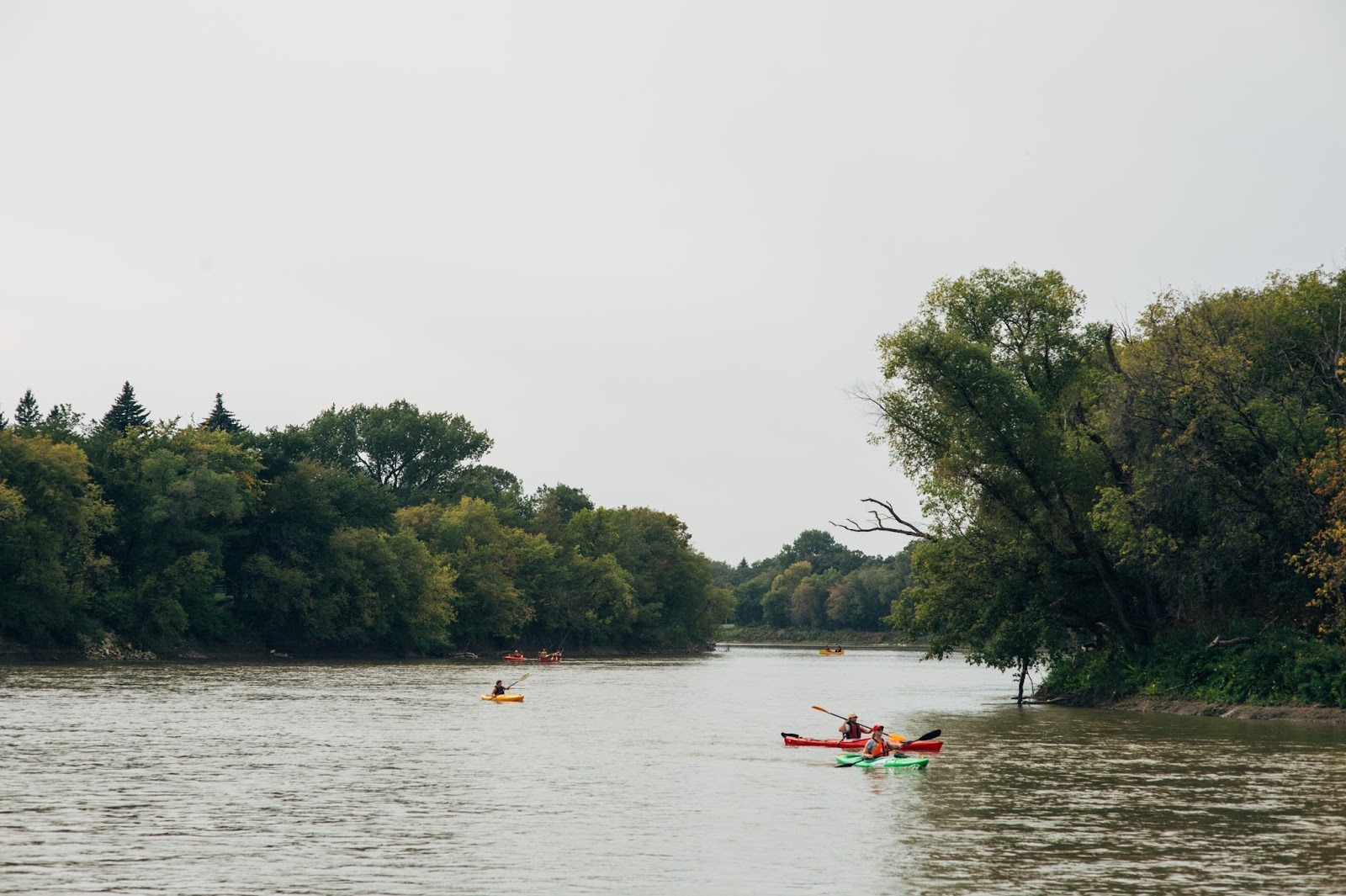 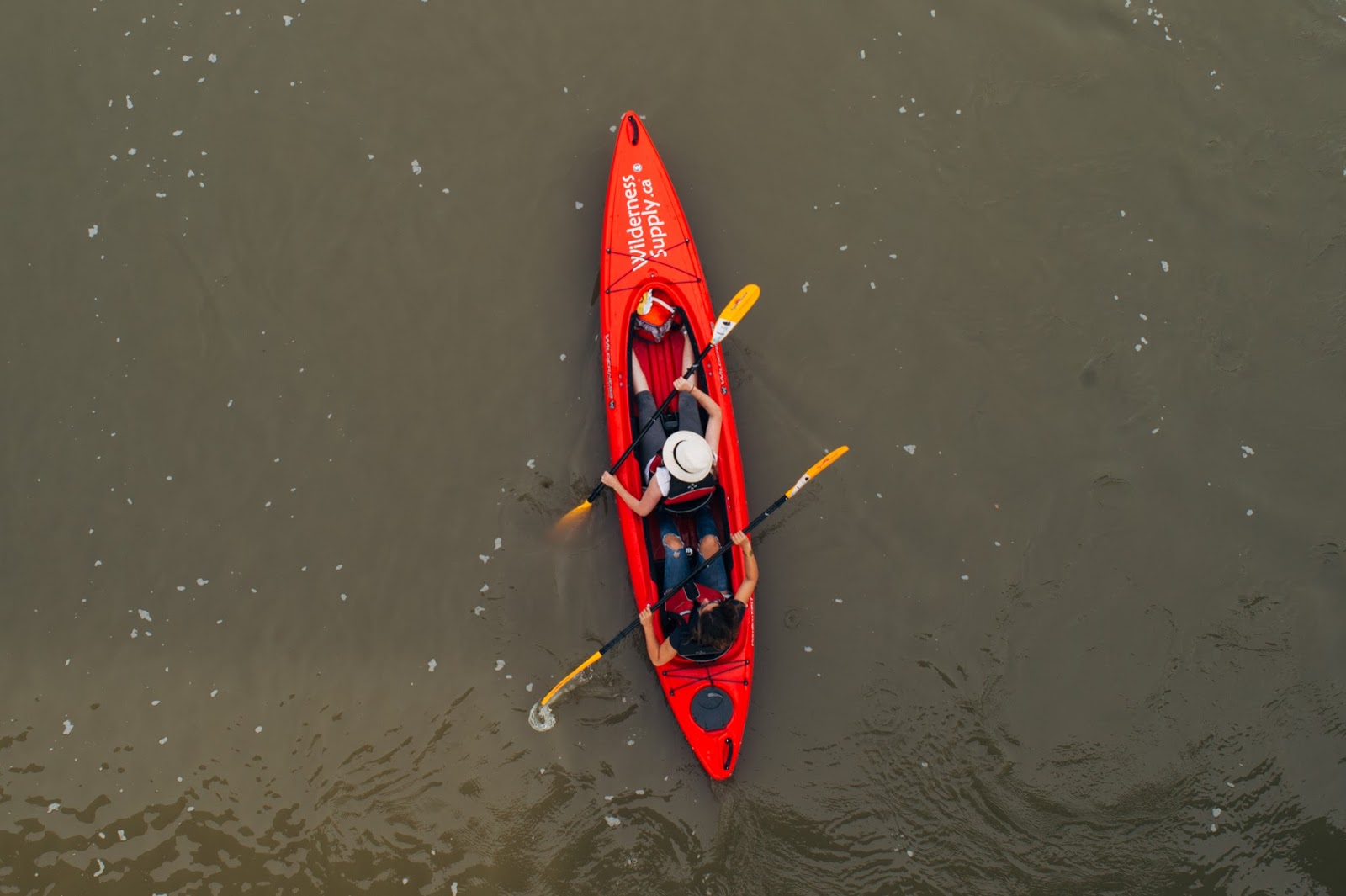 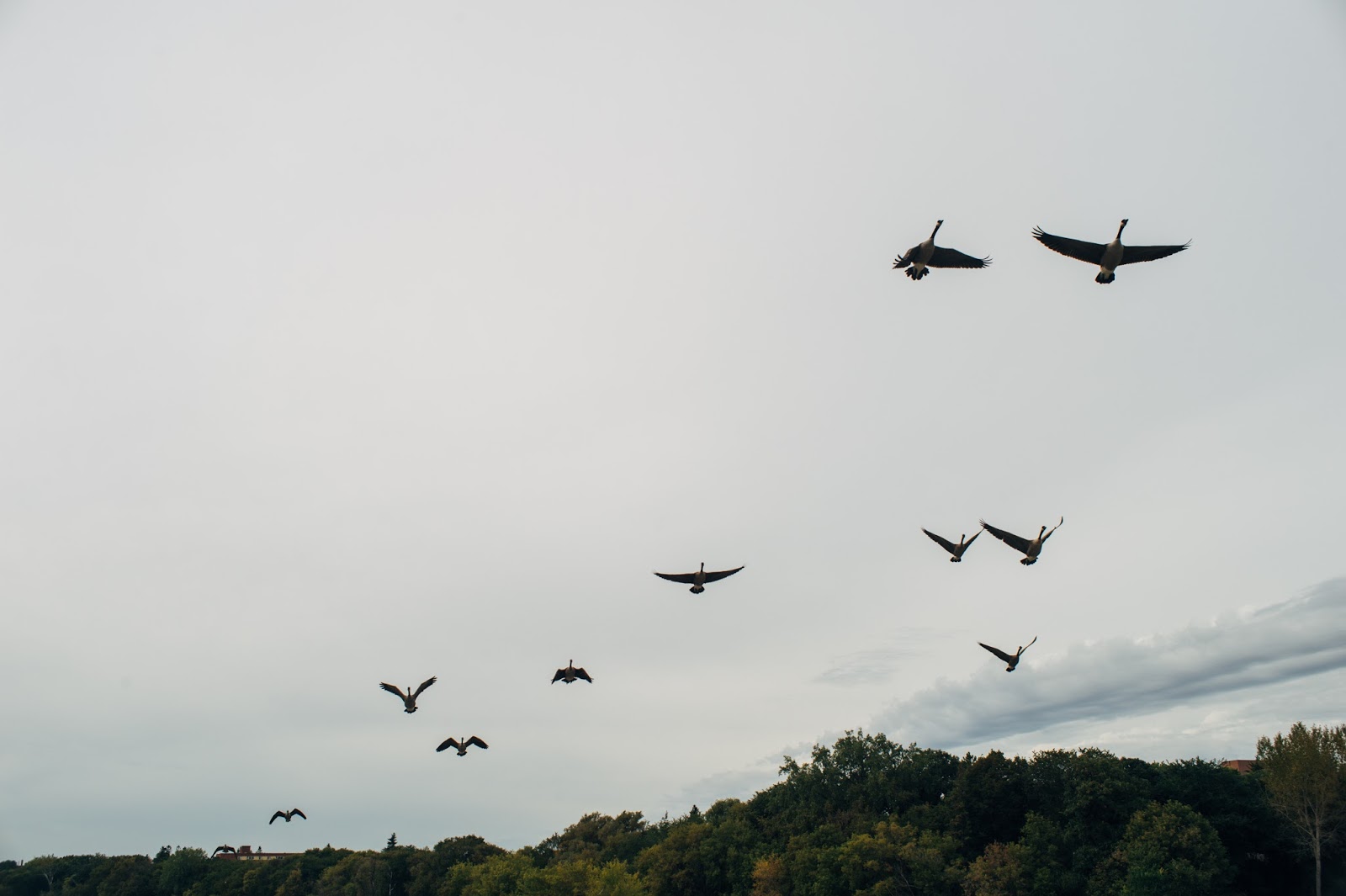 The riverbanks are stunning and give you such a different perspective. I was struck by how it felt like I was away at a cottage, not in the middle of the city. It was quiet and serene. Every bend in the river felt like a new discovery. It was disorienting in the most wonderful way to get lost in a city I’ve lived in my whole life. We had a blue heron follow us along for most of the trip. Every once in a while a bridge would appear and we would be brought back to our familiar places the city. 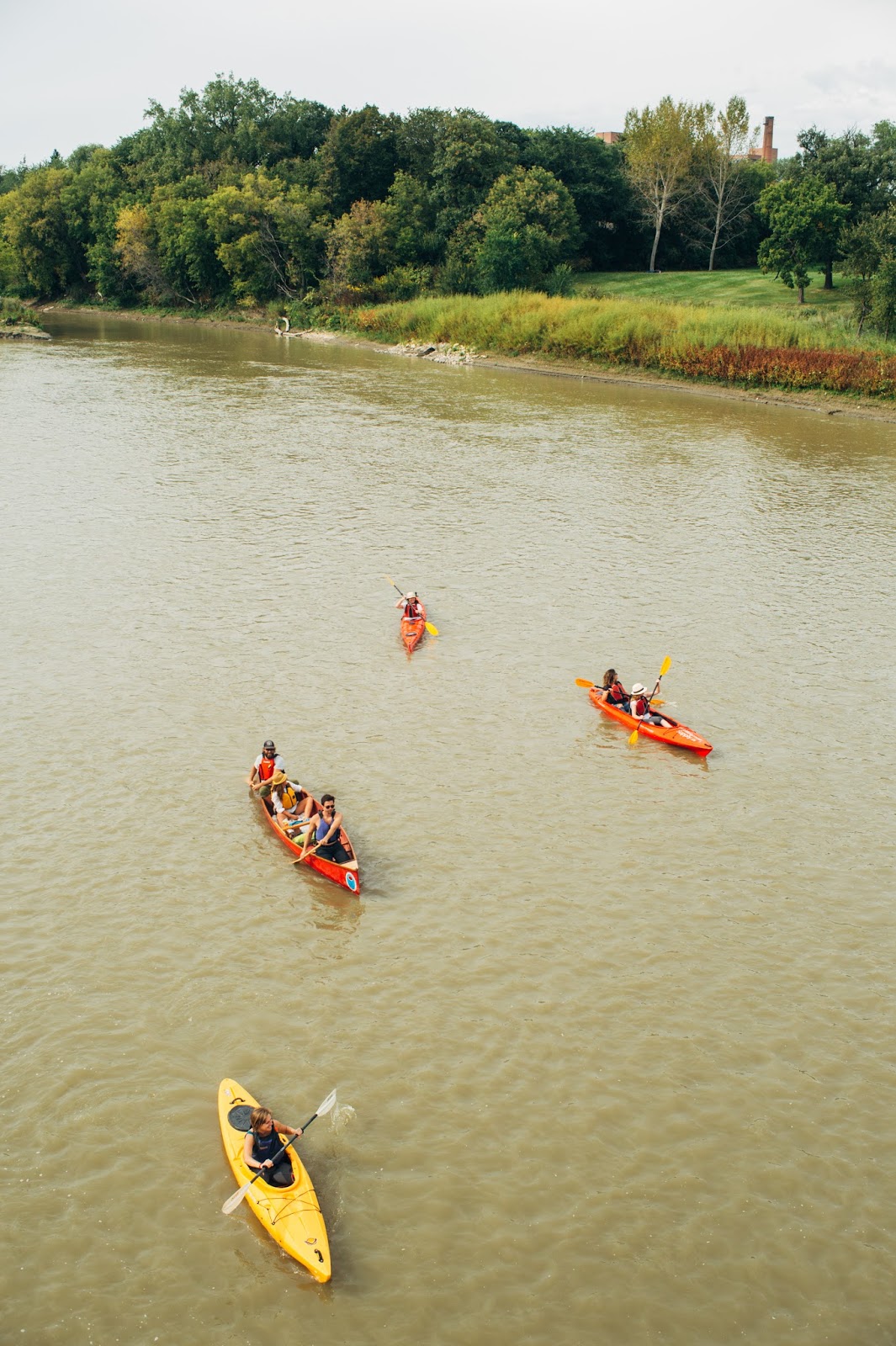 We’d paddle a bit, then coast. Sometimes we’d just sit and float in the middle of the river, chat and visit. 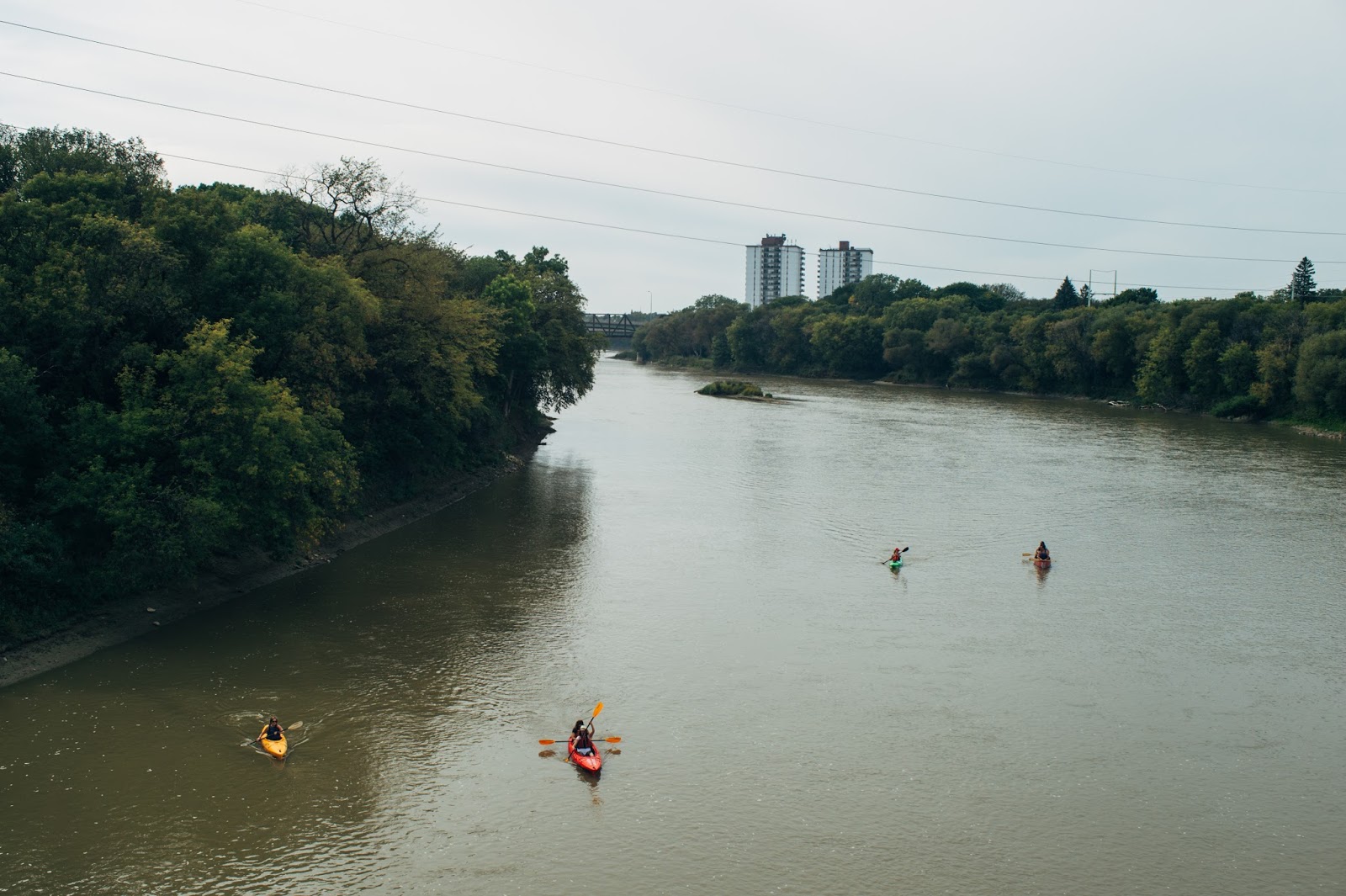 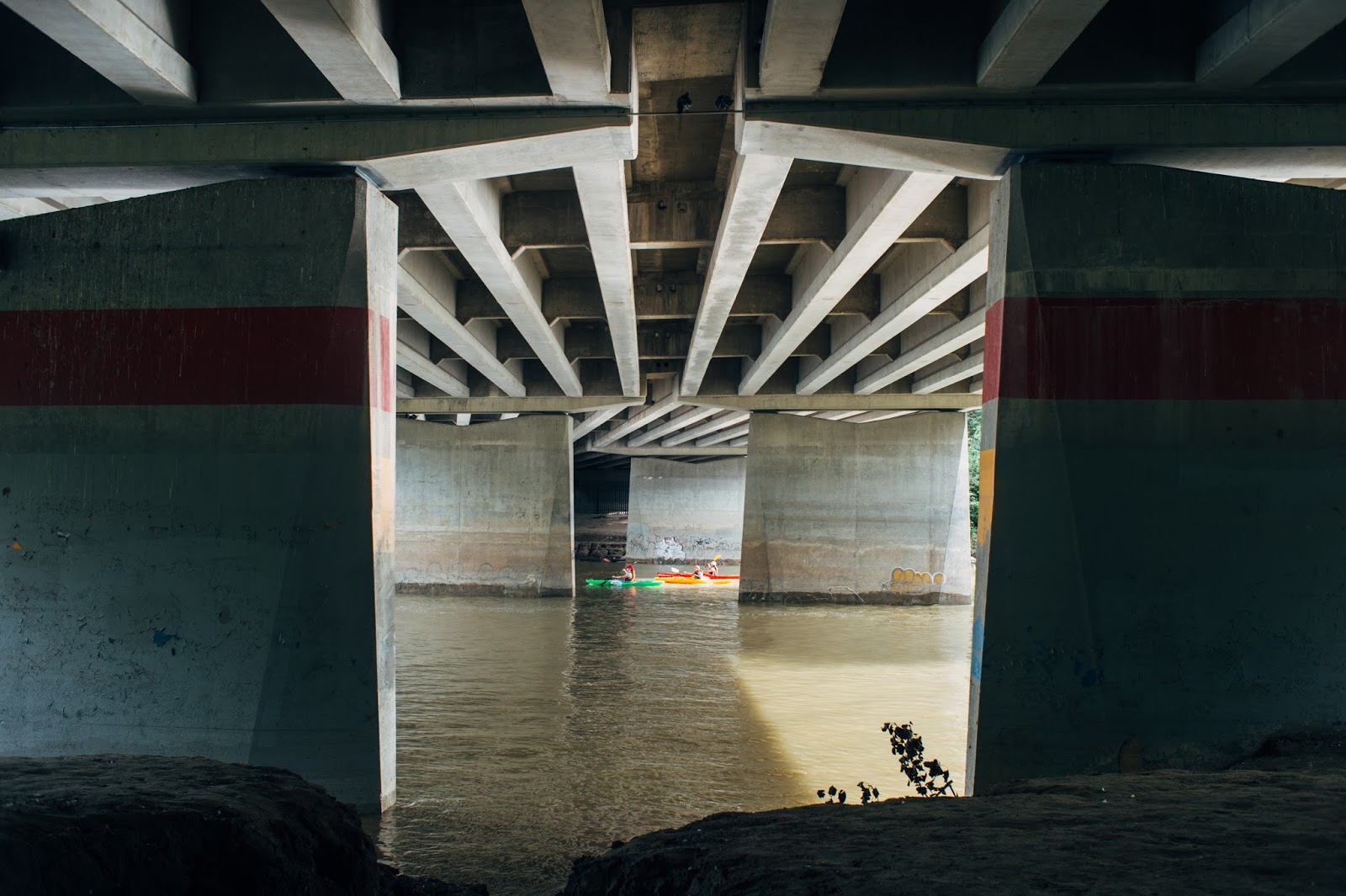 As we got closer to downtown, the river came alive with people. Apartment buildings appeared, people on their balconies waved at us. We greeted a fisherman, Sunday strollers and cyclists on the river walk. Boats and water taxis puttered by, waving at us. The river became social, gathering us together in a new way. 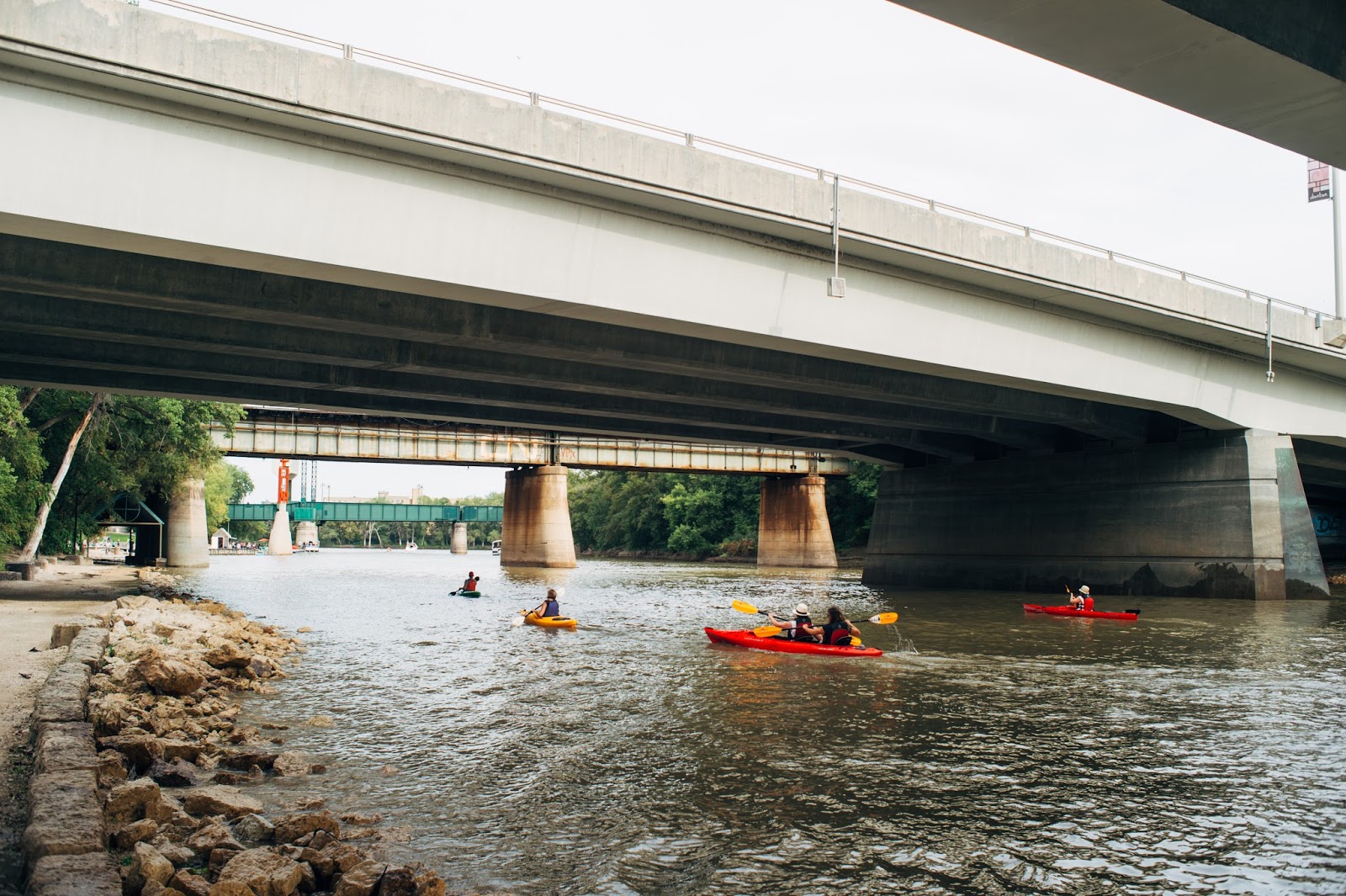 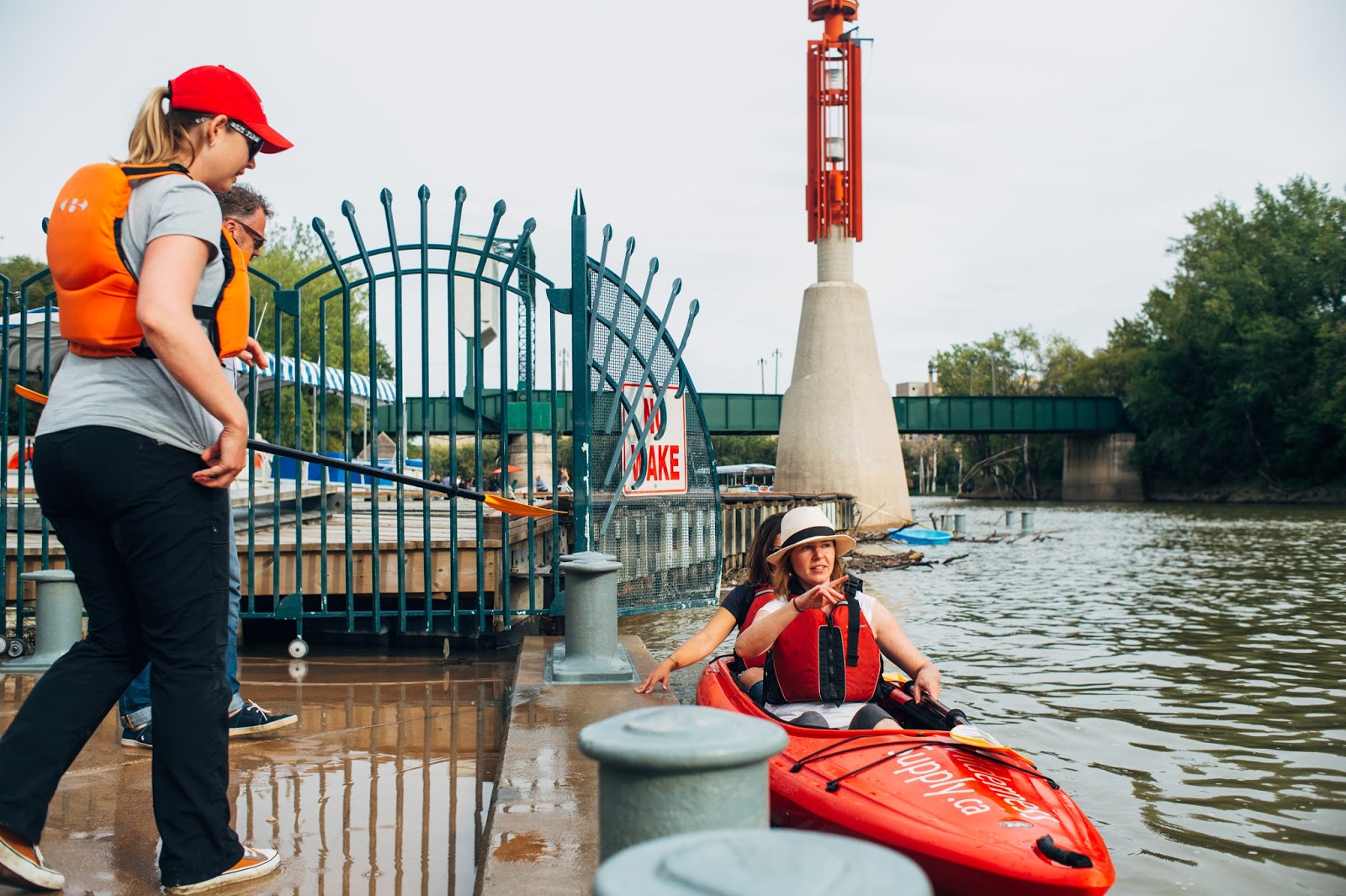 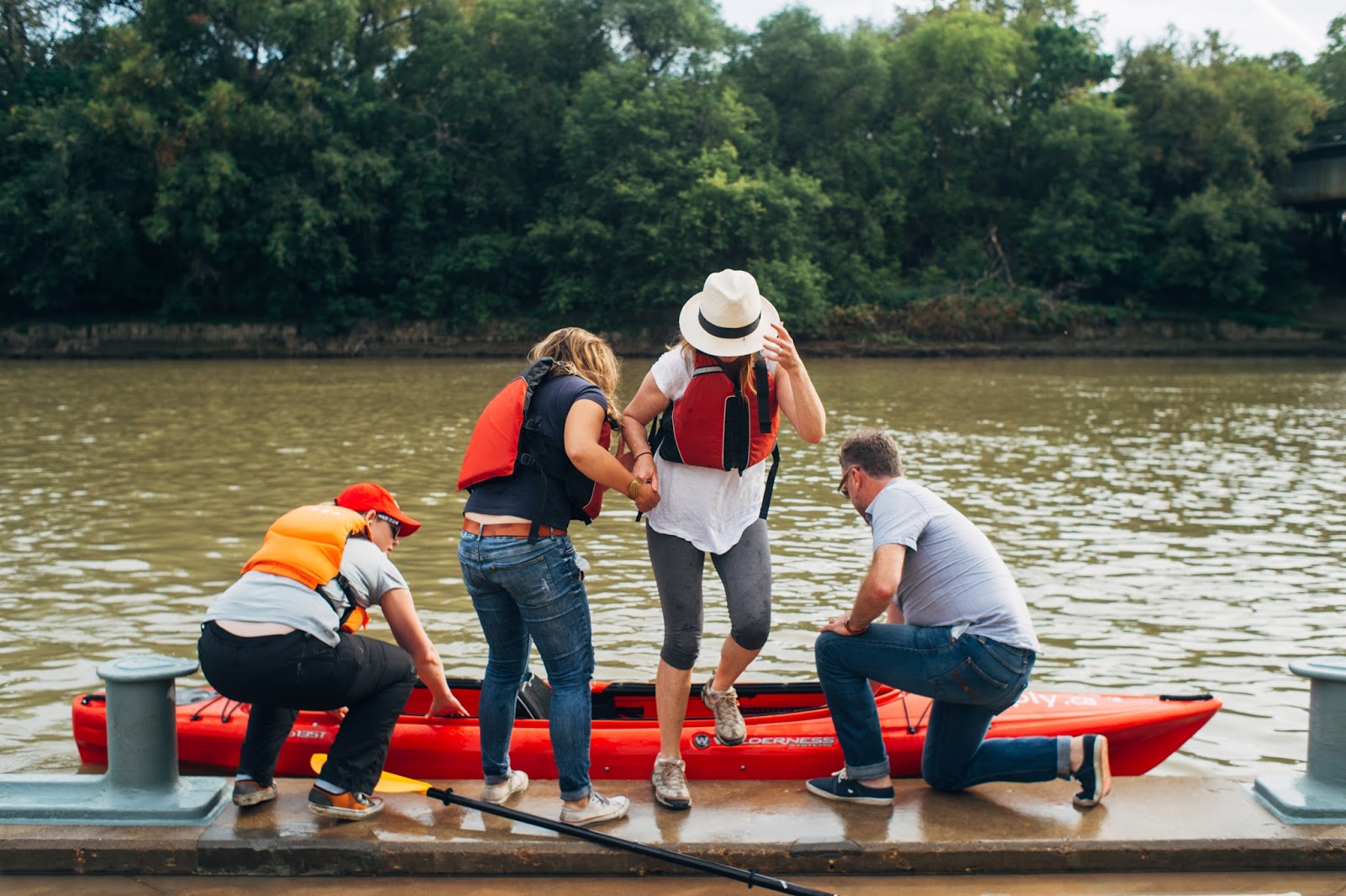 We glided into the Port area at The Forks, secured ourselves against the dock with the anchor knobs and hopped out. There’s a small lot on the southwest end of the Market (near Sydney’s restaurant) that makes it easy to load and fasten your kayak to the car.

A cold beer post paddle tastes so good! Over patio beers and nachos, we discussed how inspiring it was to see the city from a whole new perspective. We paddled the seams of our city, connecting 10 different neighbourhoods. It felt like a trip in a new place, a bit familiar, yet completely different.

Thousands of years ago, people navigated the same rivers and met at The Forks. It’s bizarre to think that we are only rediscovering this now. We are a city built on these rivers, and it’s worth the effort to get out and enjoy them in all seasons.