The Shawl Dancer: a mural at The Forks 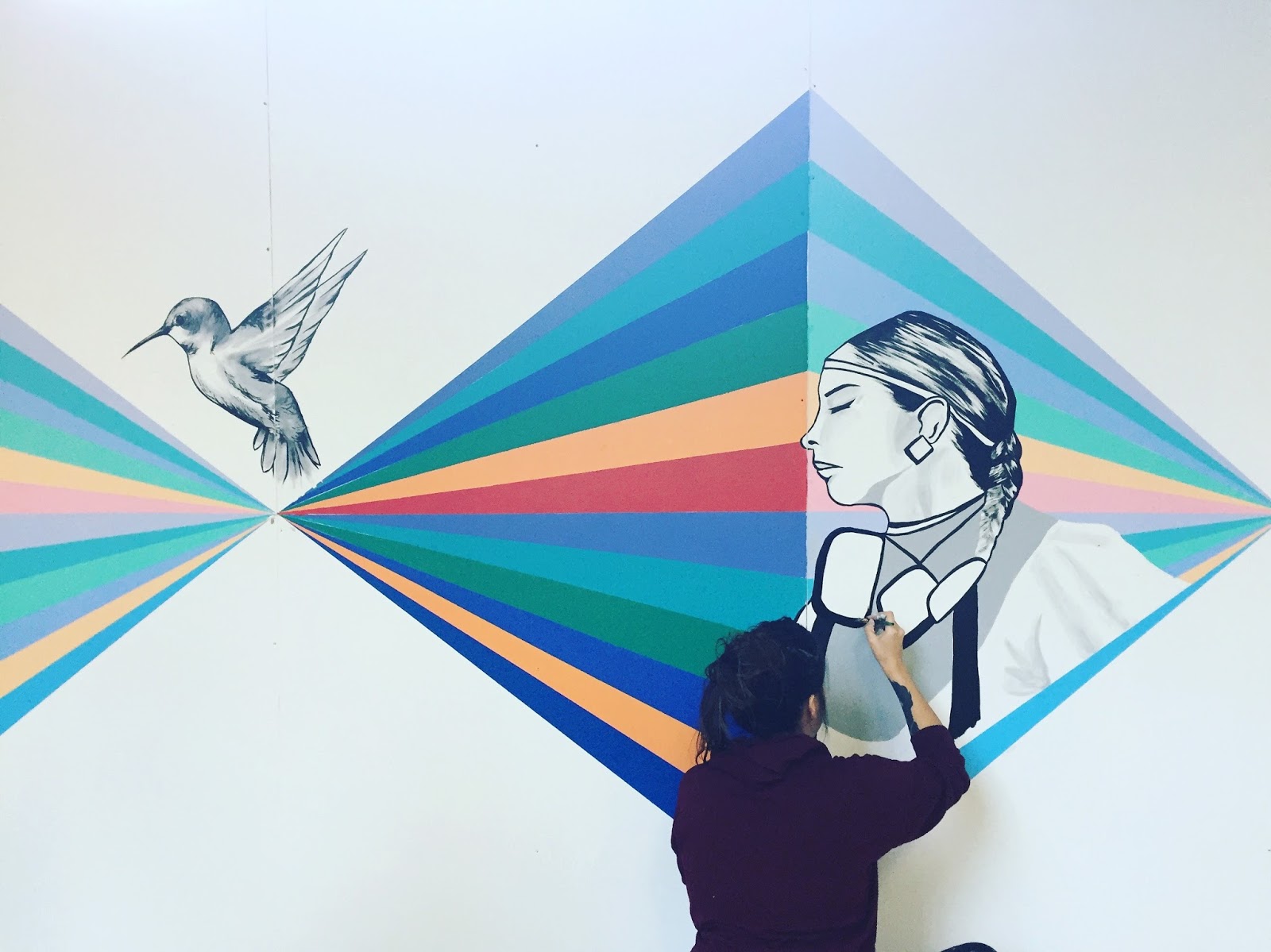 At one end of the Food Hall in The Forks Market, Synonym Art Consultation artist Storm Angeconeb has transformed a construction zone into a beautiful mural. 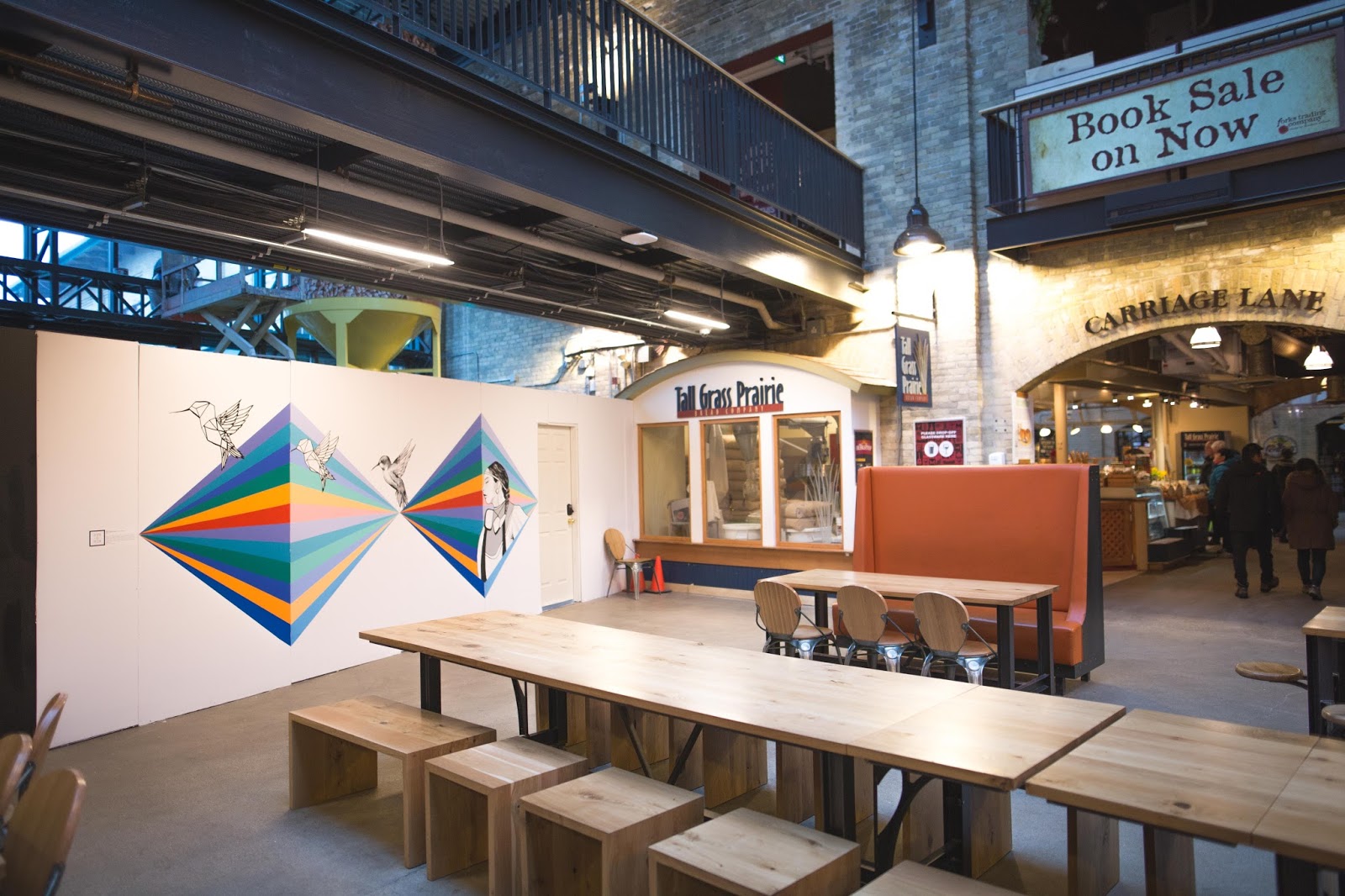 Storm said she was so excited to do this piece, and really wanted it to reflect her Ojibwe culture. She is originally from Lac Seul First Nation, but mostly raised in Winnipeg. 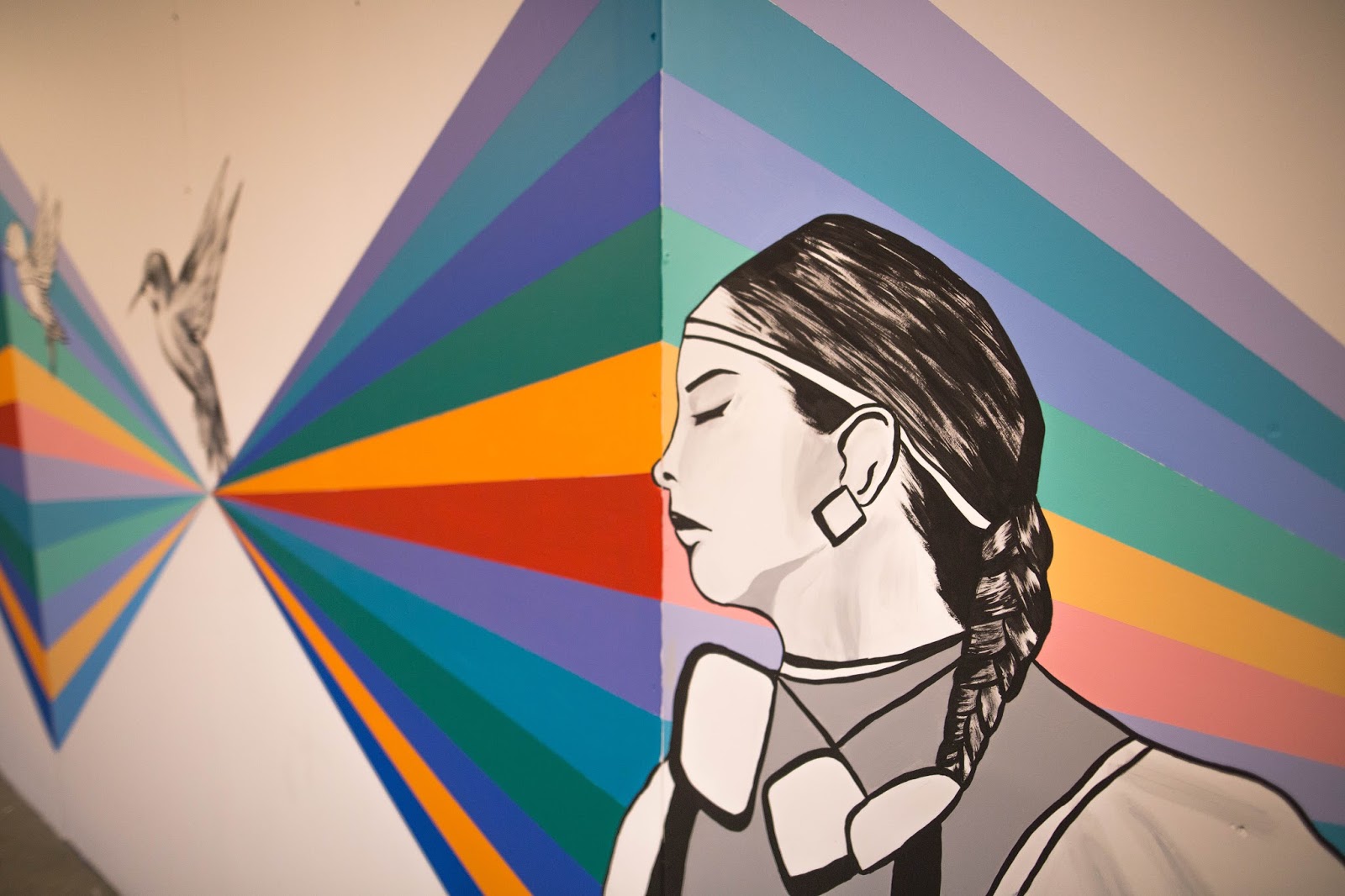 The artwork depicts a First Nations woman – the namesake of the piece, The Shawl Dancer. Birds are shown breaking through a brightly coloured geometric background. 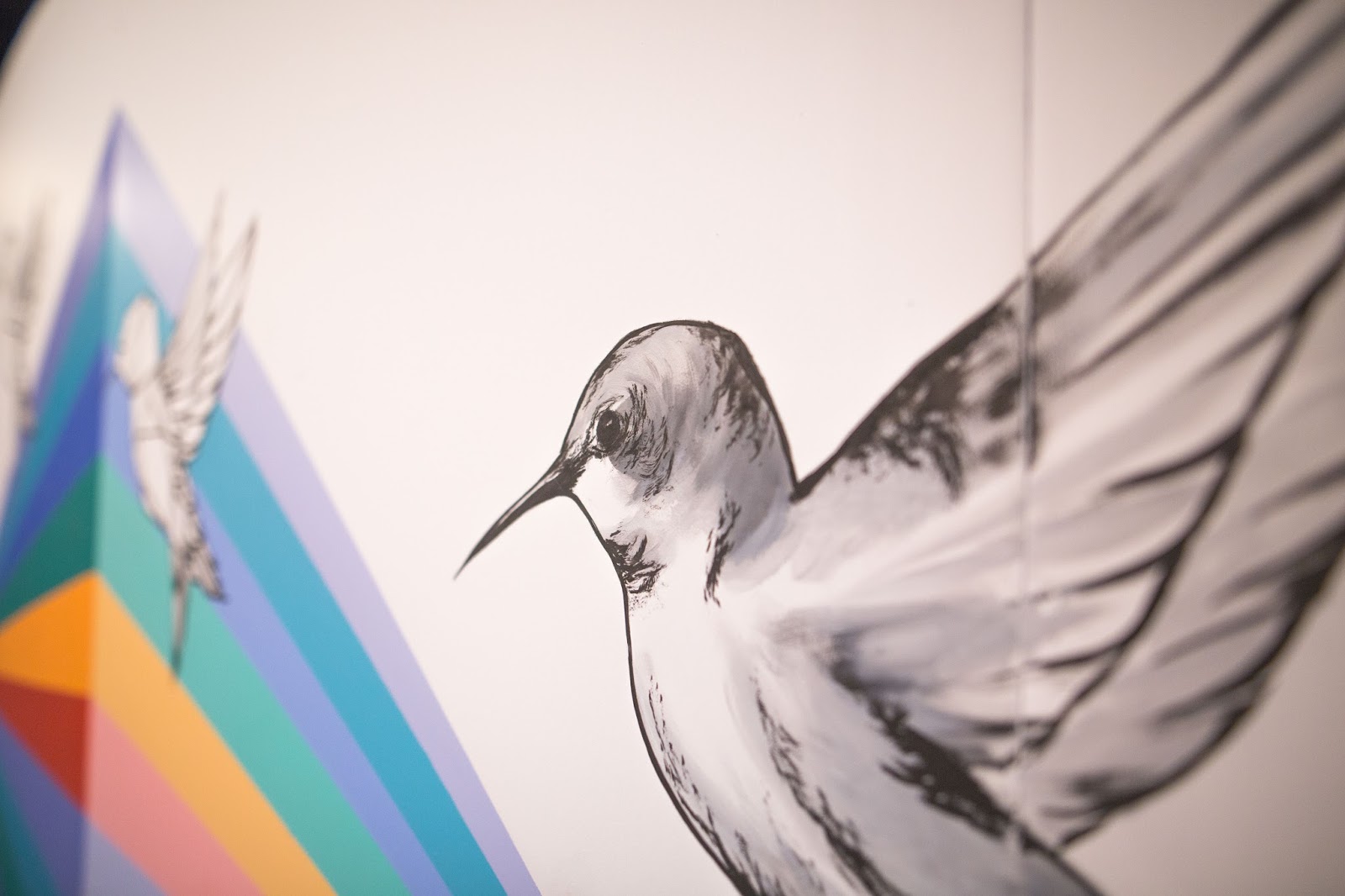 Storm shared that she often uses birds as a symbolic representation of herself in her work. For this piece particularly, she said she wanted the birds to be a representation of growth. She feels the location at The Forks, a historic landmark on Treaty One territory, is the perfect fit for this piece. 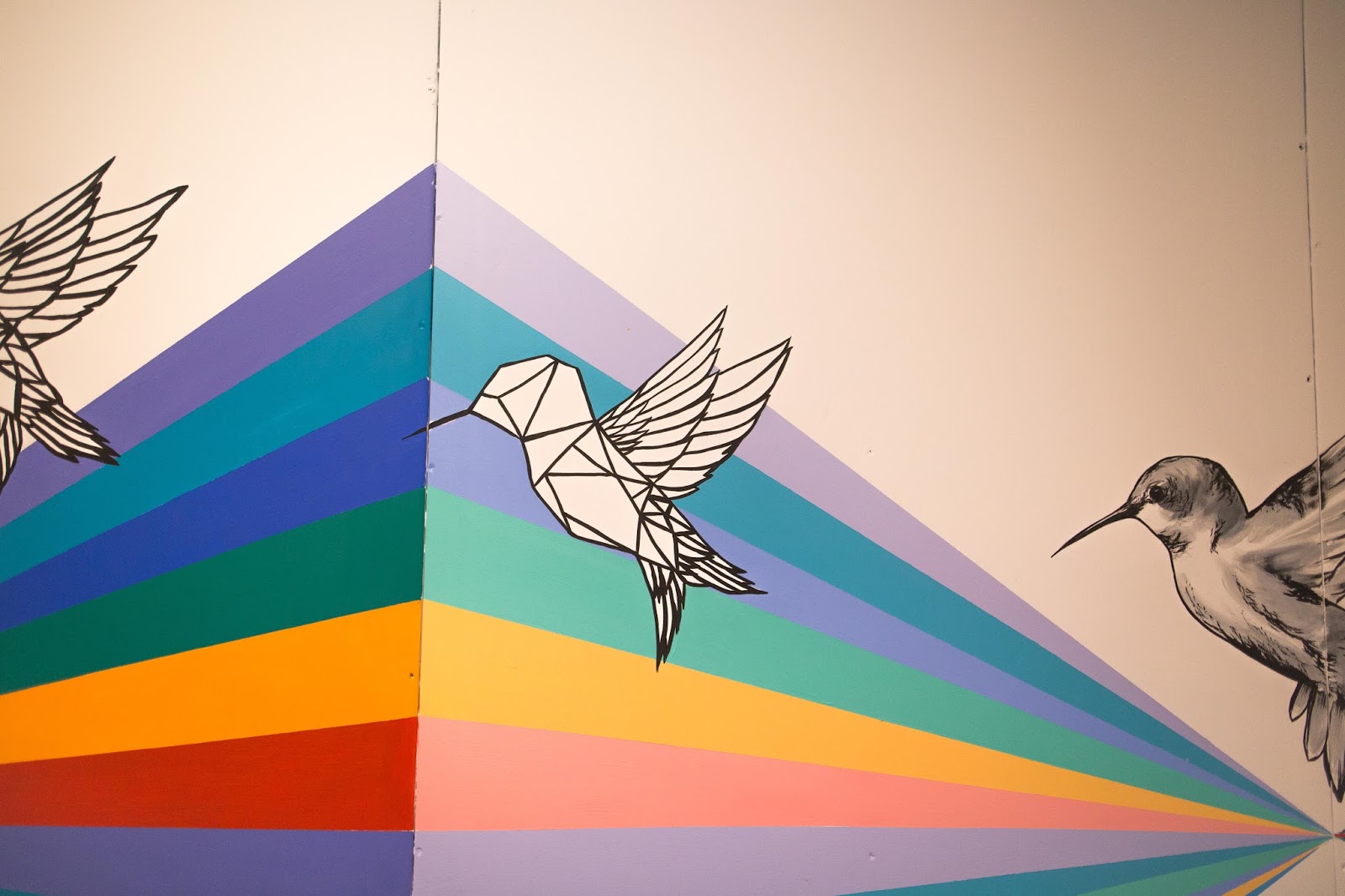 The artwork is expected to be up at least until summer 2017 while construction of local coffee shop, Fools + Horses Coffee Co.’s second location is underway at the opposite end of The Forks Market Food Hall from The Common beer and wine kiosk. 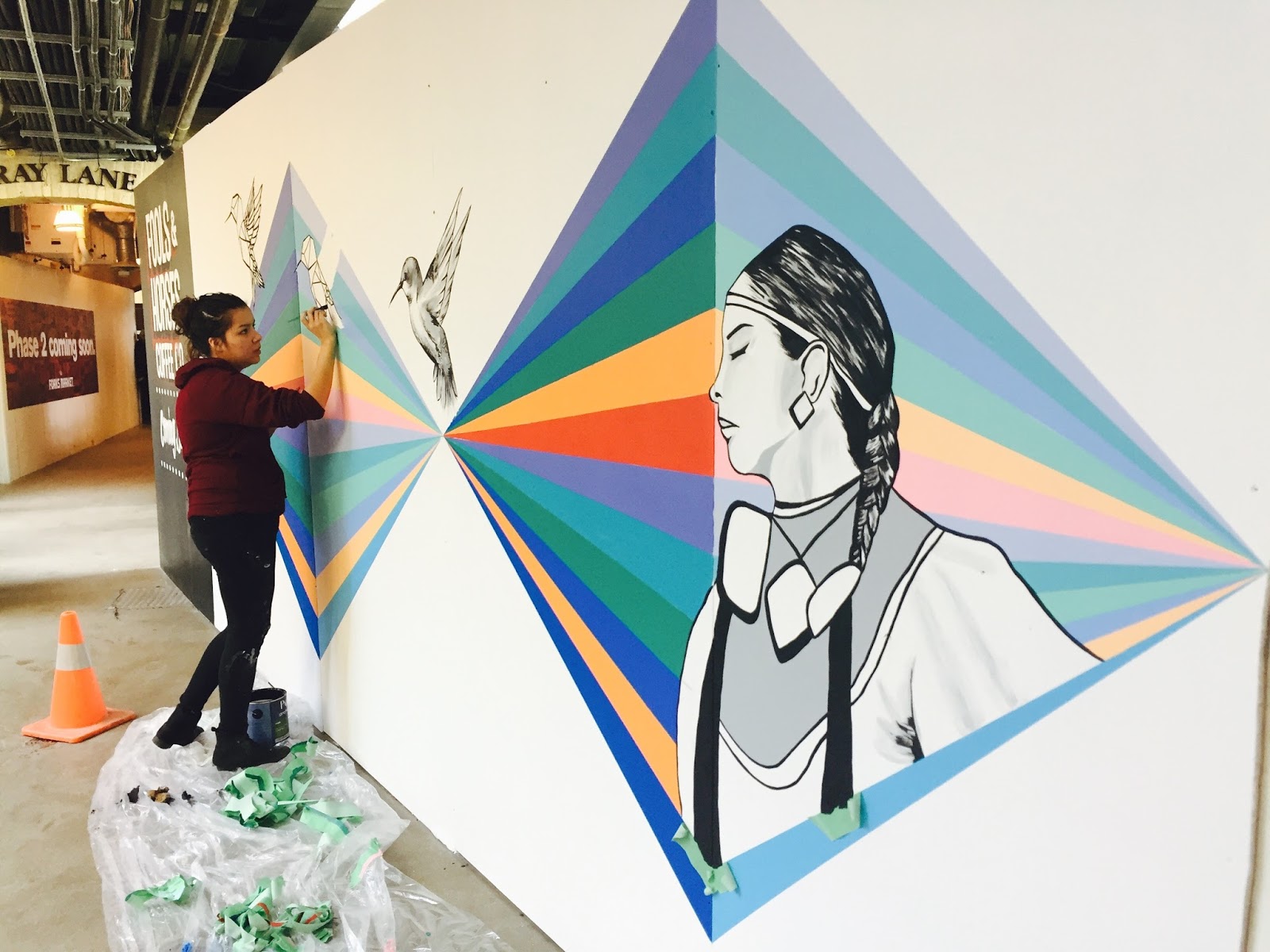 StormAngeconeb is a young, emerging visual artist participating in both murals and mentorship programs (Graffiti Art Programming, Wall-to-Wall Mural & CultureFestival, mentoring under Winnipeg artist KC Adams) throughout the past couple years. She’s learning to adapt her skills to paint in diverse mediums on a range of surfaces from walls to light boxes. Storm is eager to

pursue a post-secondary education in fine arts in fall, 2017.