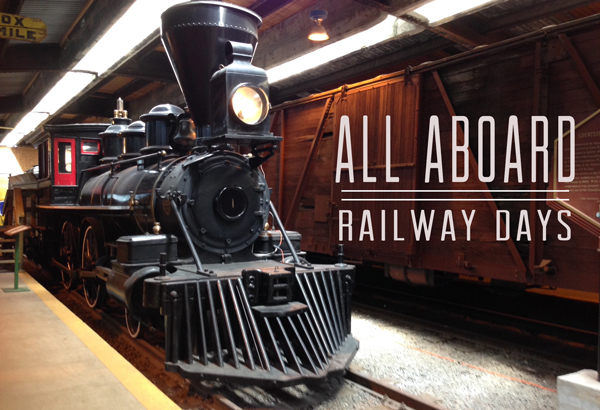 Guest post by: Gord Leathers from the Winnipeg Railway Museum

All aboard! It's time to celebrate Railway Days at Winnipeg's original transportation hub, the Winnipeg Railway Museum in VIA Rail Union Station on September 19 and 20. 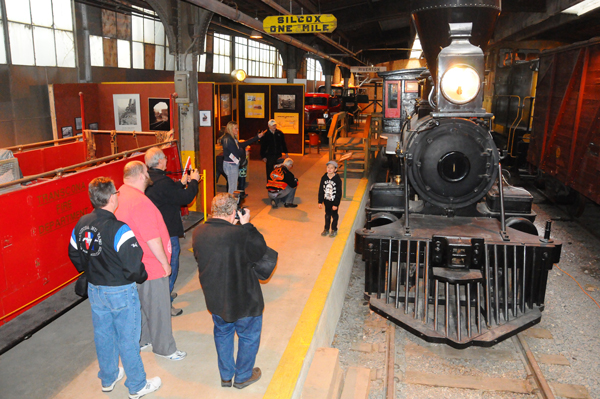 Photo op with the Countess of Dufferin, the first steam locomotive on the prairies. Built in 1872 she arrived in Winnipeg by barge five years later and began work on the CPR.Come and see the Countess of Dufferin, the very first steam locomotive on the prairies. She arrived here by barge in October, 1877 to help begin construction of a railway line south to Minneapolis for supplying hardware to build the Canadian Pacific Railway. After that, Winnipeg became a terminal for the Canadian Pacific, the Canadian National and the Great Northern among others. 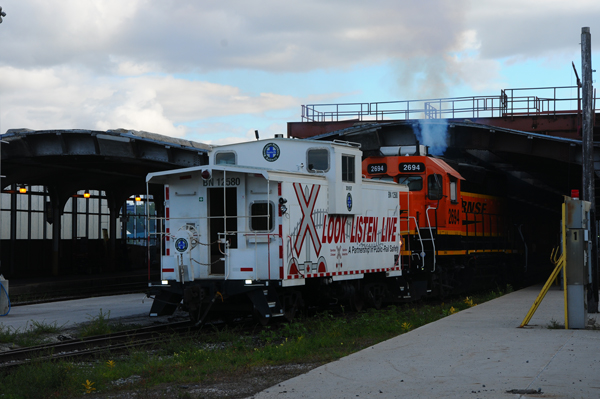 A visit from our friends at the Winnipeg branch of the Burlington Northern Santa Fe Railroad. At last year’s Railway Days they displayed one of their newly rebuilt locomotives and a caboose to promote Operation Lifesaver, an educational initiative to prevent railway crossing and trespassing accidents.

The Canadian National occupied the area now known as The Forks when they built the East Yard for freight car sorting and to store and maintain passenger coaches. The museum features a collection of locomotives and cars that worked in the area, transported people from far away, and shipped local produce to be marketed around the world. 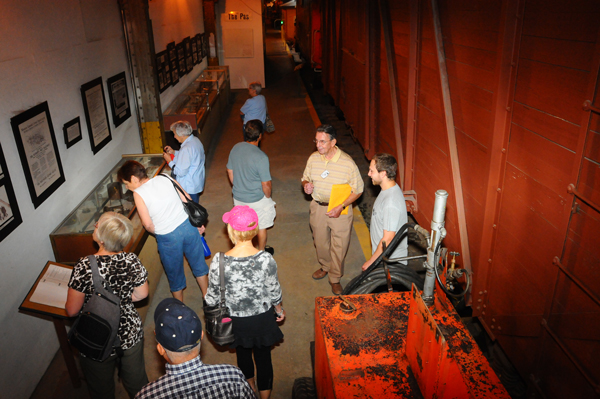 On the left is our display of the rigors of surveying and building the line to Churchill as a saltwater port for prairie farmers. On the right we have an outside brace boxcar, the standard of the industry for many years. They’ve since been replaced by covered hopper cars for grain transportation services.

Along with the Countess of Dufferin is a restored colonist car, the coach that introduced many new arrivals to a bright future in Manitoba, as well as an outside braced box car, a wooden workhorse that carried merchandise to the newly settled farm country and returned with grain for shipment overseas. 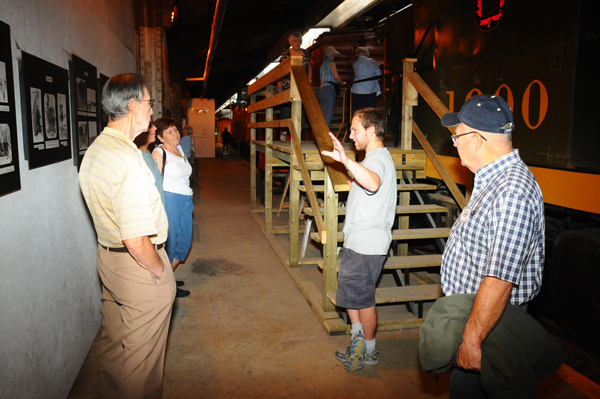 Visitors to the museum are introduced to 1900, the GMD1 diesel that worked up in The Depot shunting passenger cars, among other things. She has a built-in steam generator to warm steam-heated passenger coaches during those cold winter months.
The museum is located on VIA tracks 1 and 2 in the station concourse from 10:00 am to 5:00 pm. Admission on Railway Days is by donation. Join us!