Forks-ology: What's under the land and what does it tell us? 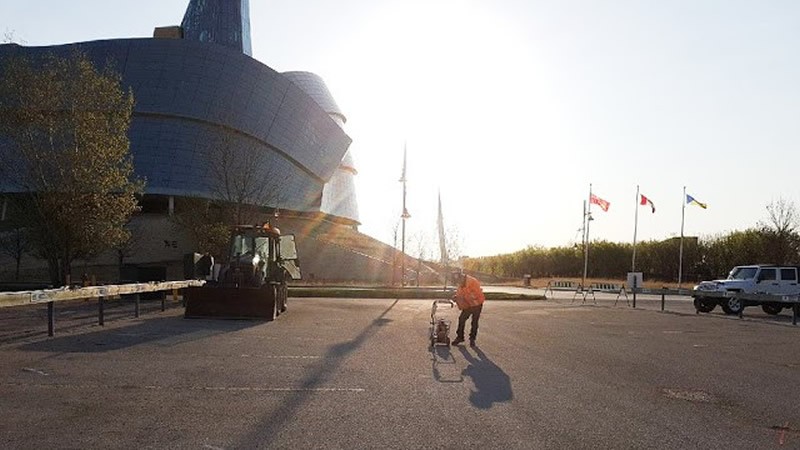 We've brought in the pros to look at what's under The Forks site in preparation for the Railside development - it's always super interesting to learn about our history! We chatted with archeologist, Ashley Daciuk of InterGroup Consultants Ltd, about what they found, how they found it, and a bunch more.

We should note that because the area is a known meeting place for something like 6,000 years of history, The Forks is under archaeological license by the government of Manitoba, meaning before any developments – from building buildings to installing sculptures – begin on our property, we go through an archaeological process.

We started the dig with a blessing from Elder Nepinak and continue to work with the Indigenous community throughout the project. 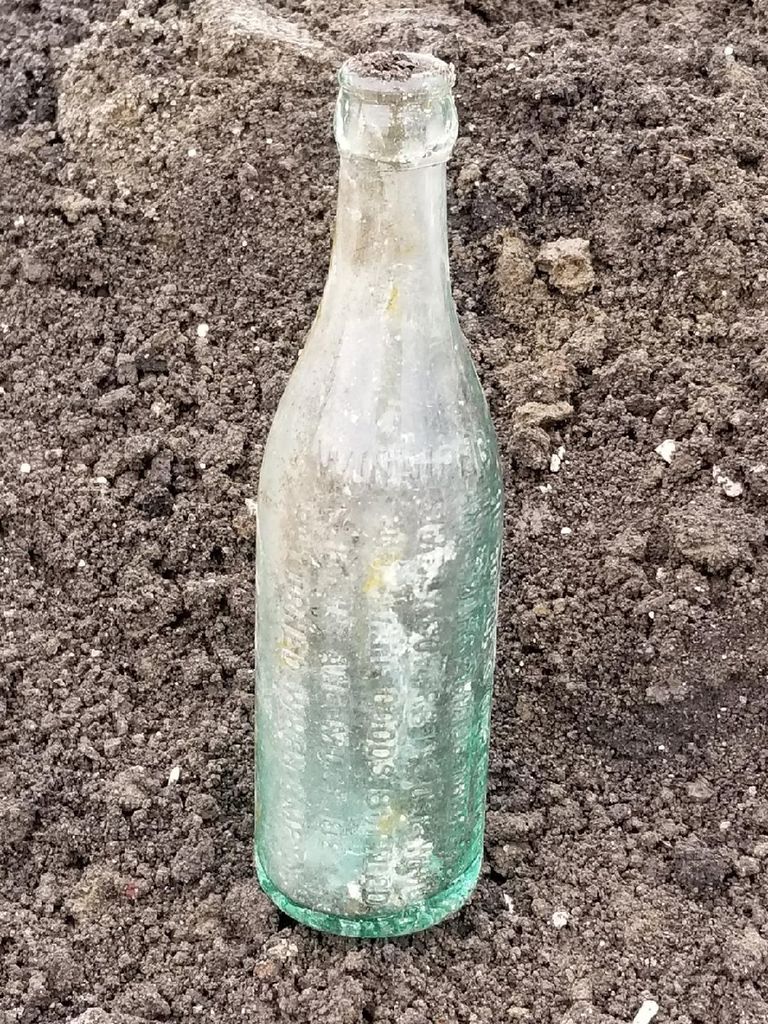 This is an old bottle from Drewrys Brewery.

The brewery started in Winnipeg in 1877, two years after E. L. Drewry paddled his way up from Minnesota.

They brewed beer in the area until they were hit with a truly unfortunate series of events. The general manager and his son were murdered in a burglary in 1915, the prohibition made their business illegal seven years later, and three years after that, the company went bankrupt.

Anyone else impressed that they could still have three years of business after the start of the prohibition? 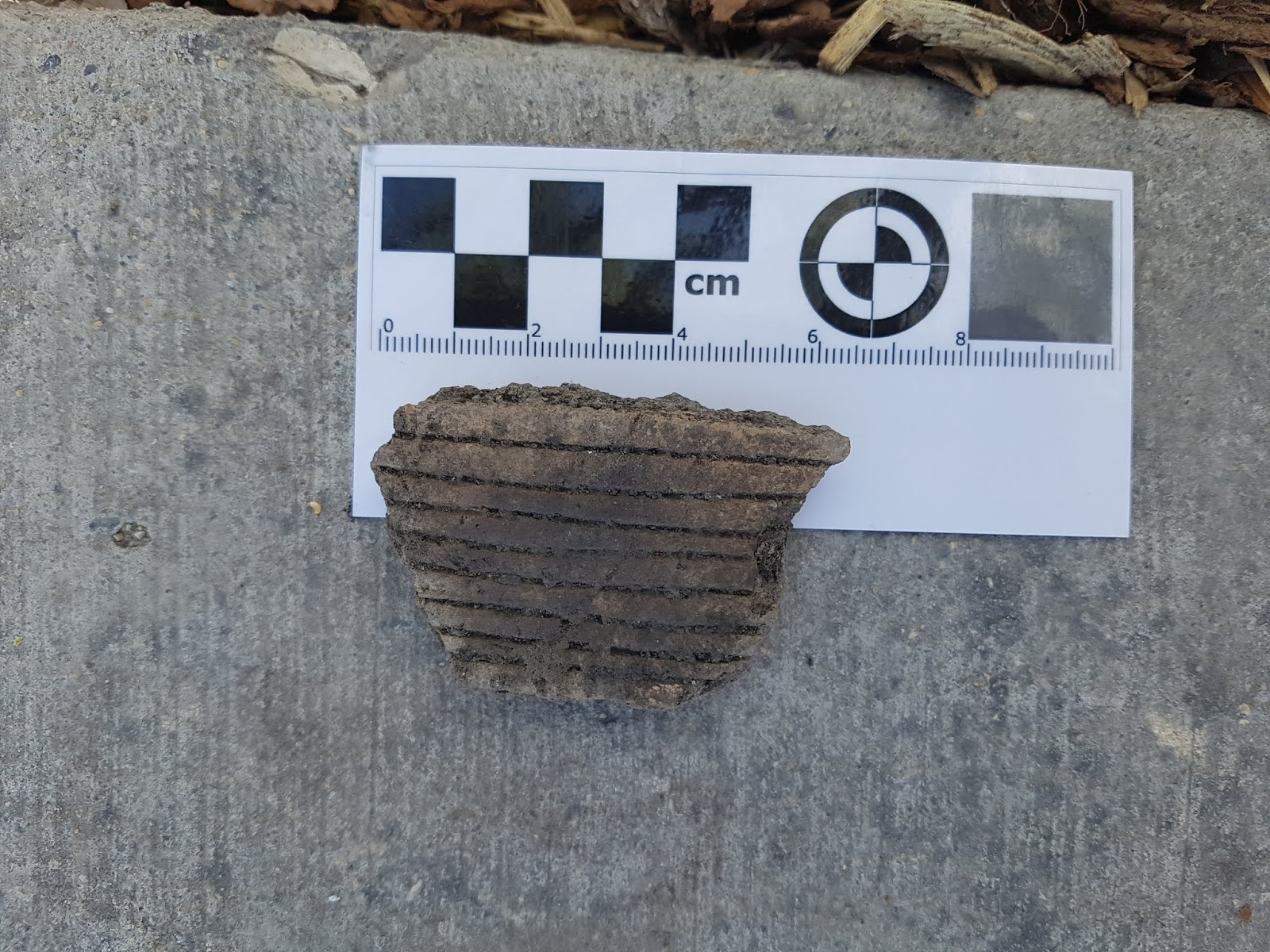 This piece of pottery is from somewhere between 1,000 - 2000 years ago, the Laurel Period.

This technique of pottery making was developed by the Indigenous people from the Eastern United States who traveled as far as Southern Indian Lake and as far west as Sturgeon Weir River, Saskatchewan – clearly stopping at The Forks somewhere along the way.

They've found more items that they have yet to clean, analyze and catalogue.

Here's what Ashley had to say about the dig...

Why were you looking for cultural material and artifacts here?
The Forks has a rich cultural history spanning thousands of years and is considered an important archaeological site. It has been an important gathering place, used during Pre-European Contact and historic periods.

Any development or activity, construction of new buildings, or anything that may alter or disturb cultural material and artifacts are subject to a Heritage Resource Impact Assessment (HRIA) dictated by the Historic Resources Branch (HRB) of Manitoba Culture, Heritage and Tourism, a branch of government dedicated to supporting Manitobans in identifying and preserving their heritage. The purpose of an HRIA is to determine whether heritage resources in the area will be negatively impacted, such as through the destruction of features and artifacts in the area, by the development.

What else did you expect to find going into the dig?
Various cultural groups have gathered and lived in the area that is now The Forks. Since there's a long history of people residing in or passing through the area, we usually expect to find some cultural material and artifacts, like we did with things like the pottery and the bottle. There is often a chance of finding fur trade goods (pipe stems, beads, ceramics, etc.), projectile points (arrow heads), and more pieces of ceramic pottery.

Did you find those items?
We've found a bunch of things, so stay tuned for updates once we analyze everything.

What do you do with unusual finds?
We will document and unusual finds, analyze them, and discussed them with the HRB to determine their how meaningful they are to us.

What happens to artifacts you find?
Artifacts that are found are taken to a laboratory for further assessment and then turned over to the HRB for care and treatment.

Stay tuned for updates on what cool things Ashley and her team have found and what they can tell us about the history of The Forks!

Our investigation was conducted under heritage permit A10-18.