Vision (Zero) for the future! 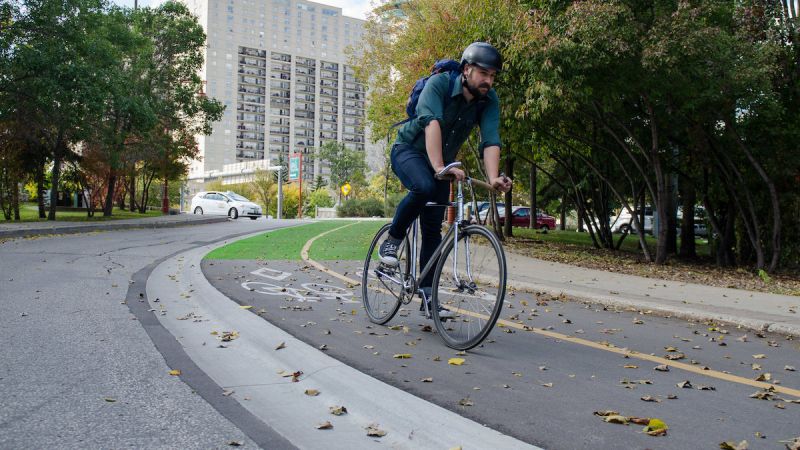 Ok, guys, stay with us here — there are a lot (and we mean A LOT) of things happening on site as we roll fully into fall.

There’s Culture Days and Nuit Blanche this weekend, we have the stunning Forever Bicycles sculpture up and the Winnipeg Design Fest runs through Sept. 28.

But don’t exhaust all of your learning and interacting energy because the Mode Shift festival is bringing an important and incredibly valuable keynote address and panel discussion to The Forks on Tuesday, Oct. 1, about Vision Zero, the strategy to eliminate all traffic fatalities and injuries while also increasing safe, healthy and equitable mobility for everyone.

But before we dive deeper into what that means, a quick note to explain what Mode Shift is: it’s a festival of “human-scale cities” which is brought to life through a series of events and discussions about all things transportation, culture, health and ideas to improve and benefit from each.

Vision Zero is one of the focuses of this year’s fest and is the throughline of masterclasses on both Dutch road design and building dementia-friendly cities, as well as is the key topic of discussion of the Vision Zero 101 event, which takes place in the South Hall of the Market.

“Vision Zero is, what people know it for is being a target of zero deaths in traffic. So traffic is a leading cause of death in a number of demographics… and one of the only ones in the top ten that’s preventable. So Vision Zero is essentially a commitment to do something about it and a commitment to rethink how we have embedded a certain amount of danger and fear into our landscape,” explains Anders Swanson, Mode Shift’s program director.

Swanson says in a practical, tangible way, that commitment can look like decreasing speed limits in residential areas so that children are able to cross the streets and people who are driving cars can stop in time; it can look like adding protective bike lanes on every road to make it safer for cyclists to get around the city; and it can look like changes to highway designs and intersections to reduce, if not eliminate completely, the thousands of deaths that happen every year in Canada on the road.

Vision Zero is not necessarily an anti-car movement, either, which is a common misconception; when roads are safer for pedestrians and cyclists, they are also safer for vehicles and drivers.

“What I think is really interesting about Vision Zero is that it’s also good for people who are driving, and that’s really, really important to realize. For example, the Netherlands is not only the best place to ride a bicycle, they consistently, by the European version of CAA, are named the best place to drive a car because of the predictability and the lack of danger,” Swanson says.

Participating in the panel are city officials from Winnipeg, Calgary and Utrecht (in the Netherlands!), as well as the keynote speaker, Ian Thomas, who sits on the Columbia, Missouri, city council and has had a career centered around advocating for the creation of walkable communities.

“Ian Thomas is great for this event for a couple of reasons,” says Swanson. “One, he’s a politician, he’s an elected official so he knows that side of things, and ultimately a lot of these decisions are going to be political ones, so I wanted him to give advice to our politicians. And the second one is because he lives and breathes it. He’s been working for America Walks for a long time… that mix of politics and expertise I thought was perfect.”

Vision Zero 101 is a completely free event, and starts at 7 p.m. on Oct. 1 in the South Hall of The Forks Market. We hope to see you there!

You may also enjoy: