Winter Warm-up: It's time to Crokicurl! 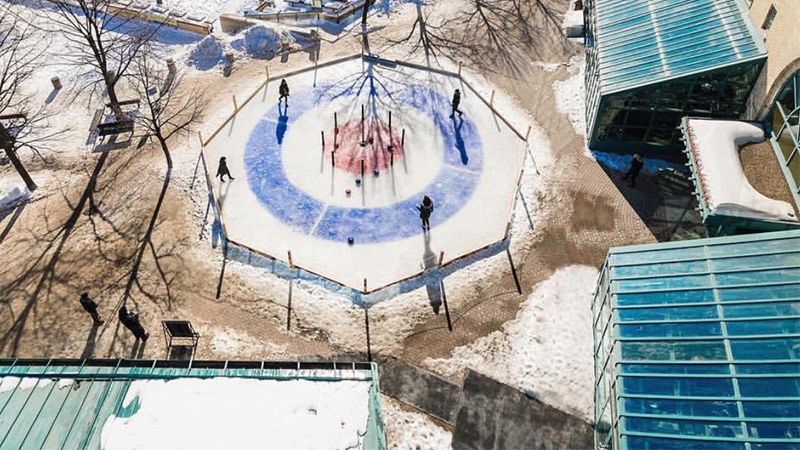 The moment that many of you have been waiting for is finally here - Crokicurl season!

Crokicurl, as you may already know, combines two iconic Canadian pastimes: crokinole and curling, to become an exciting new outdoor sport for all ages.

The object of the game is to accumulate the most points through shooting the rock into the center button and positioning the rocks on the playing surface so they remain within the highest scoring circle at the end of the round.

ALSO back by popular demand: The Second International Crokicurl Tournaspiel! Get your team together, save the date [February 8 - 10] and keep your eyes peeled for the chance to register soon! 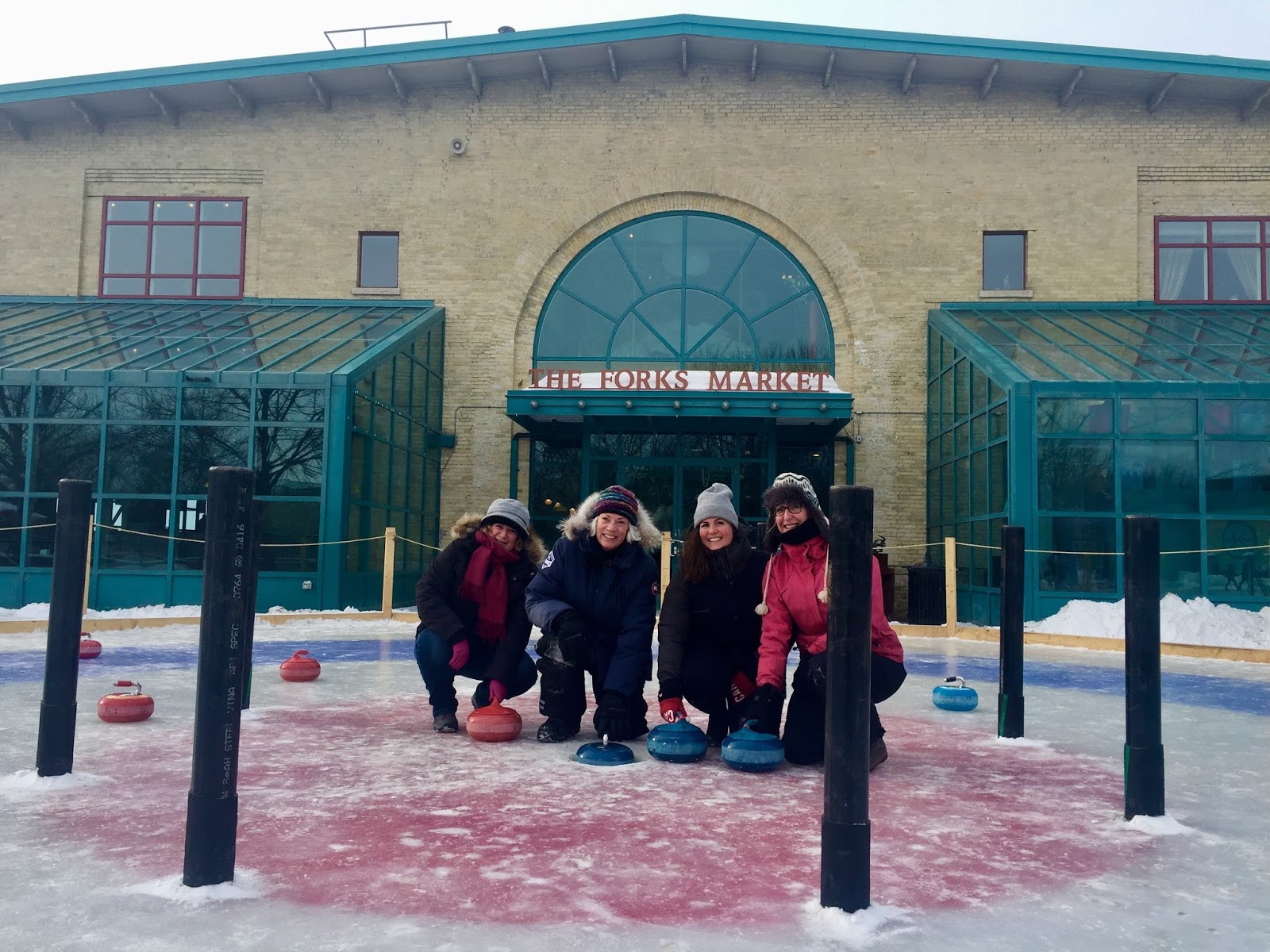 • A crokicurl shot is accomplished by firmly sliding a rock onto the playing surface, releasing before the halfway point of the starting line. The rock may be played from any point within the assigned quadrant. Players are permitted to place their feet against the side rail while shooting the rock.

• The first player will try to score 20 points with their shot. If the rock successfully lands completely within the button it is removed and set aside to count as 20 points at the end of the round.

• Whenever possible, each player seeks to score 20 points by shooting a rock into the center button.

• No player may enter the coloured point rings during game play until all rocks have been played by both teams and scoring is being determined. The exception to this is when a team scores 20 points with their rock entering the button.

• Players may not change quadrants during a round.

• Play proceeds in a clockwise fashion, alternating each team and player.

• A rock that lands more than halfway over the outer edge of the starting line will be removed from game play.

• Scoring occurs after all rocks have been played. Teams play to a per-determined score. The player or team with the higher score wins the round. The winner of the match is determined by the team who wins the most rounds, best of 1, 3, 5, 7, etc.

• Losing team treats winning team to mini donuts or a round of drinks from The Common.

Rocks are accessed on a first come, first served basis. Please be respectful of other players and limit your time to one hour. 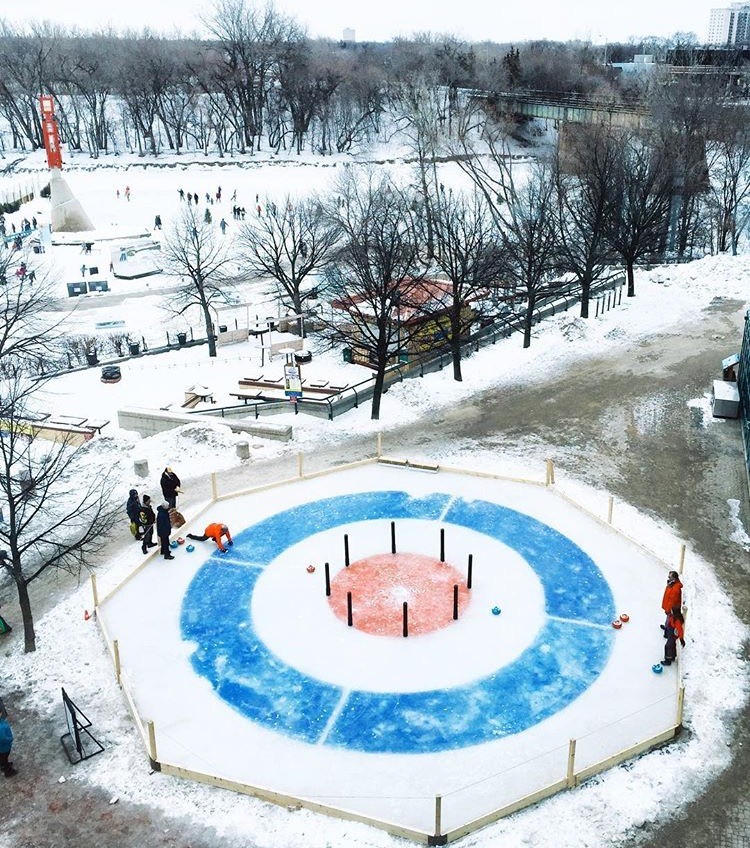 Crokicurl FUN FACTS:
• We've re-vamped the rocks this year for optimal durability + challenging play. They are less destructable, featuring a rubber band around each for some nice bounce off of the poles + one another.
• After its debut in Winnipeg in 2017, Crokicurl rinks popped up across the country, including Alberta, Ontario, Saskatchewan and Yukon
• Northern-most Crokicurl rink: Dawson City, Yukon
• Litres of water pumped from the river to create the rink: 37,000