'Til Next Time, Old Friend 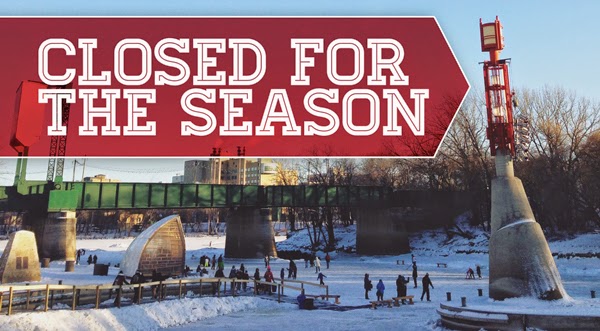 It's a sad day, but after nine and a half weeks the time has come for the Red River Mutual Trail to say adieu. It has been a great season out on the ice with a few new additions and exciting events. We were able to reach new communities by going further down the Red River, we've added some extraordinary Warming Huts, we had an art gallery, restaurant and denim dome on the ice, and we met many skaters, hikers, bikers and skiers who ventured out to enjoy the trail on a daily basis.

In honour of the 2015 Red River Mutual Trail (RRMTrail), we thought we'd share some facts with you:

It's been a great season out on the Red River Mutual Trail and we can't thank you enough for joining us this season.