7 Ways to Relive Your Childhood at The Forks 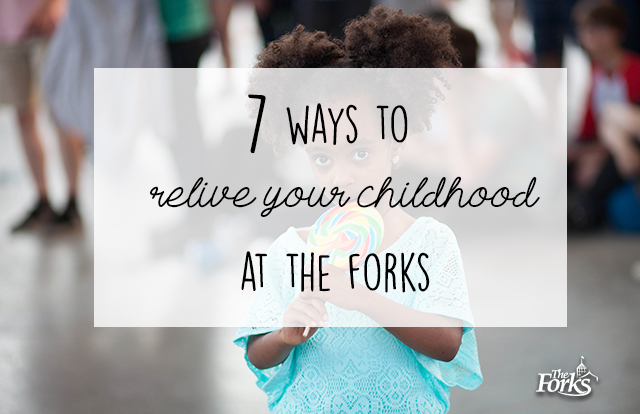 There’s one thing all of us ‘90s babies have in common – if you grew up in Winnipeg, you probably have memories of spending time at The Forks. Remember being covered in sticky cinnamon sugar after pouring the leftovers from the donut bag into your mouth? Sweet, sweet times.

All the fun doesn’t have to be over! Grab your friends – and hey, their kids too if they have ‘em – and head to The Forks this weekend to experience your childhood all over again.

1. Find that long-lost Beanie Baby at Kite and Kaboodle 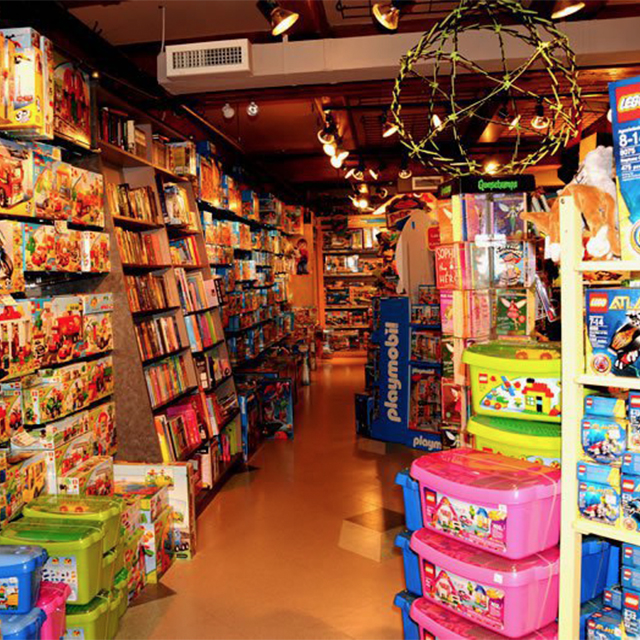 The Johnston Terminal’s second floor is home to one of the coolest toy stores in the city, where every square inch of Kite and Kaboodle’s shelves are packed with games, books, plush animals, action figures, and whozits and whatzits galore. Your kid self would go nuts if they knew you could get toys whenever you want now. Buy something for your nephew’s birthday or treat yourself – whatever it is, it’ll be awesome. 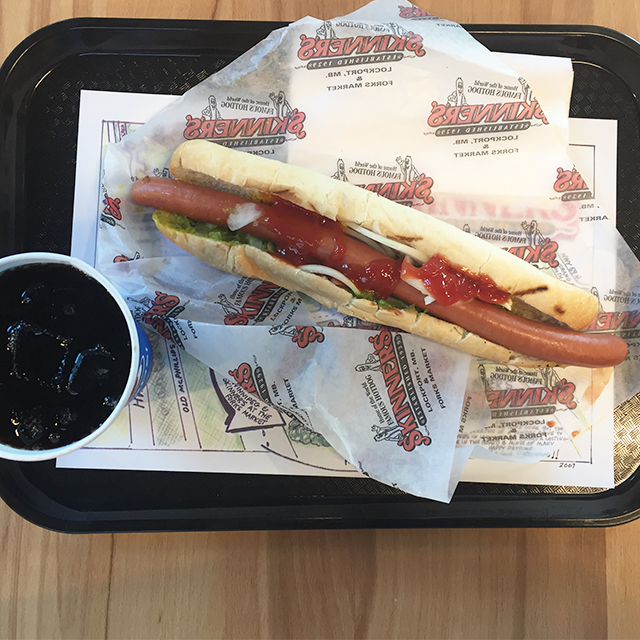 Nothing says nostalgia like a crisp, juicy Skinner’s foot-long hot dog from The Forks Market. Your mom might’ve made you get a regular-sized one back in the day, but now that you’re a grown adult, you can handle the real size. Probably.

3. The Common: the new lemonade stand 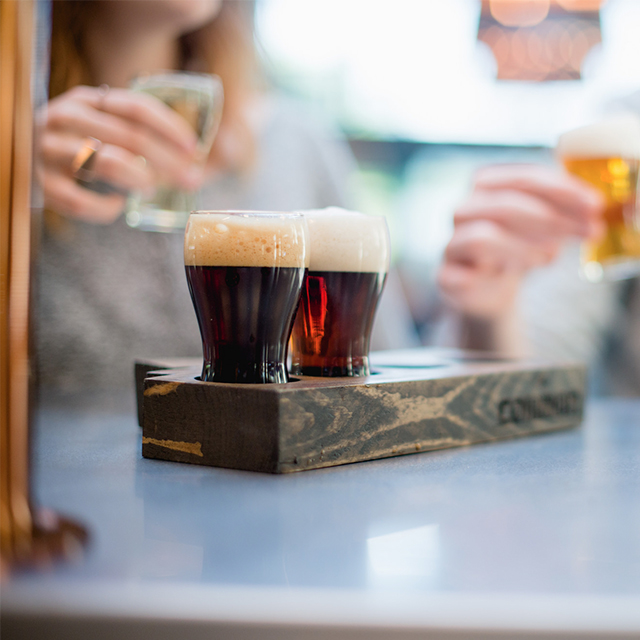 Trade memories of mixing all the Kool-Aid flavours together and making your friends to drink it for trying the best of craft beers and wines at The Common instead. Those double-dog-dares of days gone by have built up your now-sophisticated taste buds to appreciate these homegrown adult drinks. Try a flight of four locally crafted beers or three artisan wines – these will definitely go down easier. 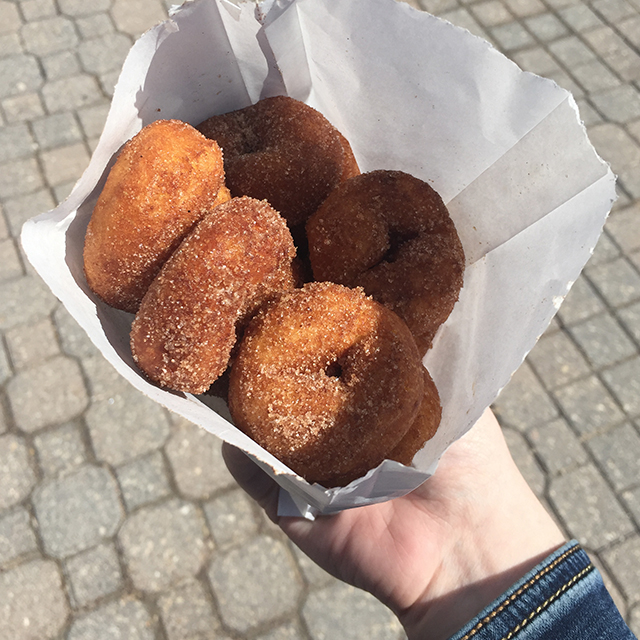 We probably don’t even have to say anything about this one – as soon as you enter The Forks Market, your nose immediately leads you to the mini donuts. It knows the way. When you were a kid, you probably begged your parents to let you hold the crinkly white paper bag on the drive home so you could secretly eat more than your share before your little sister realized it. You didn’t care that they were so fresh that they were too hot for your little fingers to hold. It’s all about those sweet, melt-in-your-mouth donuts. Mmmm.

5. Rediscover and explore at the Children’s Museum 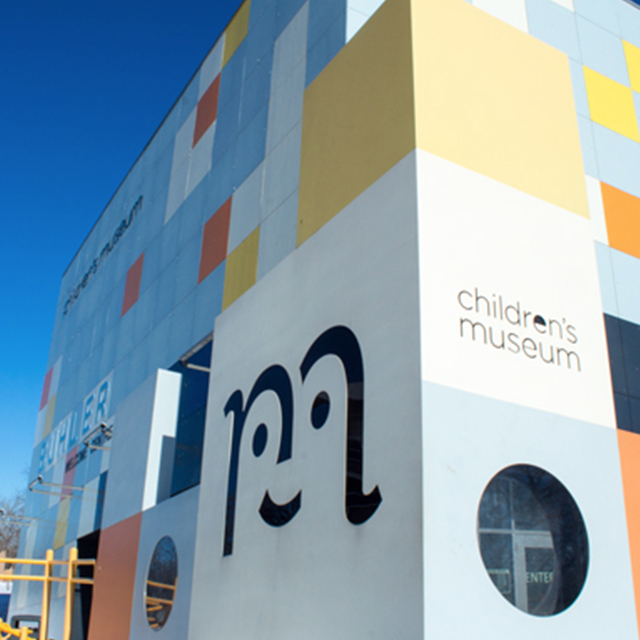 It’s all in the title! Bring your little cousins or youngins of your own to the Children’s Museum to explore, learn, and feel awesome when they pretend to be the conductor of their very own train. (Right? You totally did that too.) When they’re excited, you get excited too, and you remember how it feels to learn things for the first time when you see it through their eyes.

6. Act like a kid in a candy store at Sugar Mountain

All aboard! It's a beautiful day at the Forks, come by!

Did your mother fear this place like mine did after she let me get the giant Pixi Stick? Maybe you can handle your sugar better now, maybe (like me) you still get hyper, but Sugar Mountain was the store of your dreams as a kid. Now you can try some more adventurous candies or still pick your tried-and-true favourites – but try to make them last longer than the ride home this time.

7. Climb up the Market Tower 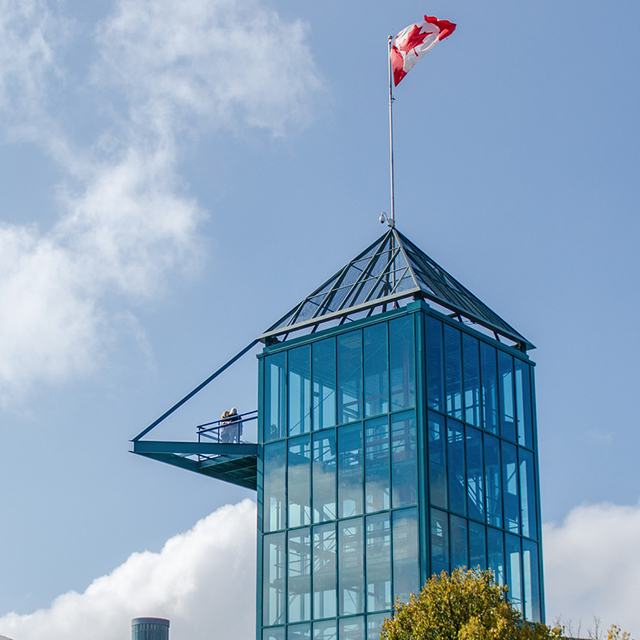 When you’re so small, it’s hard to imagine being able to see the whole city at once – which is why The Forks Market tower is so awesome. Take in the views of the rivers, the landmarks, and the wonderful place you call home. If you’re feeling extra competitive, see which of your friends can run up the six storeys the fastest – last place buys mini donuts!